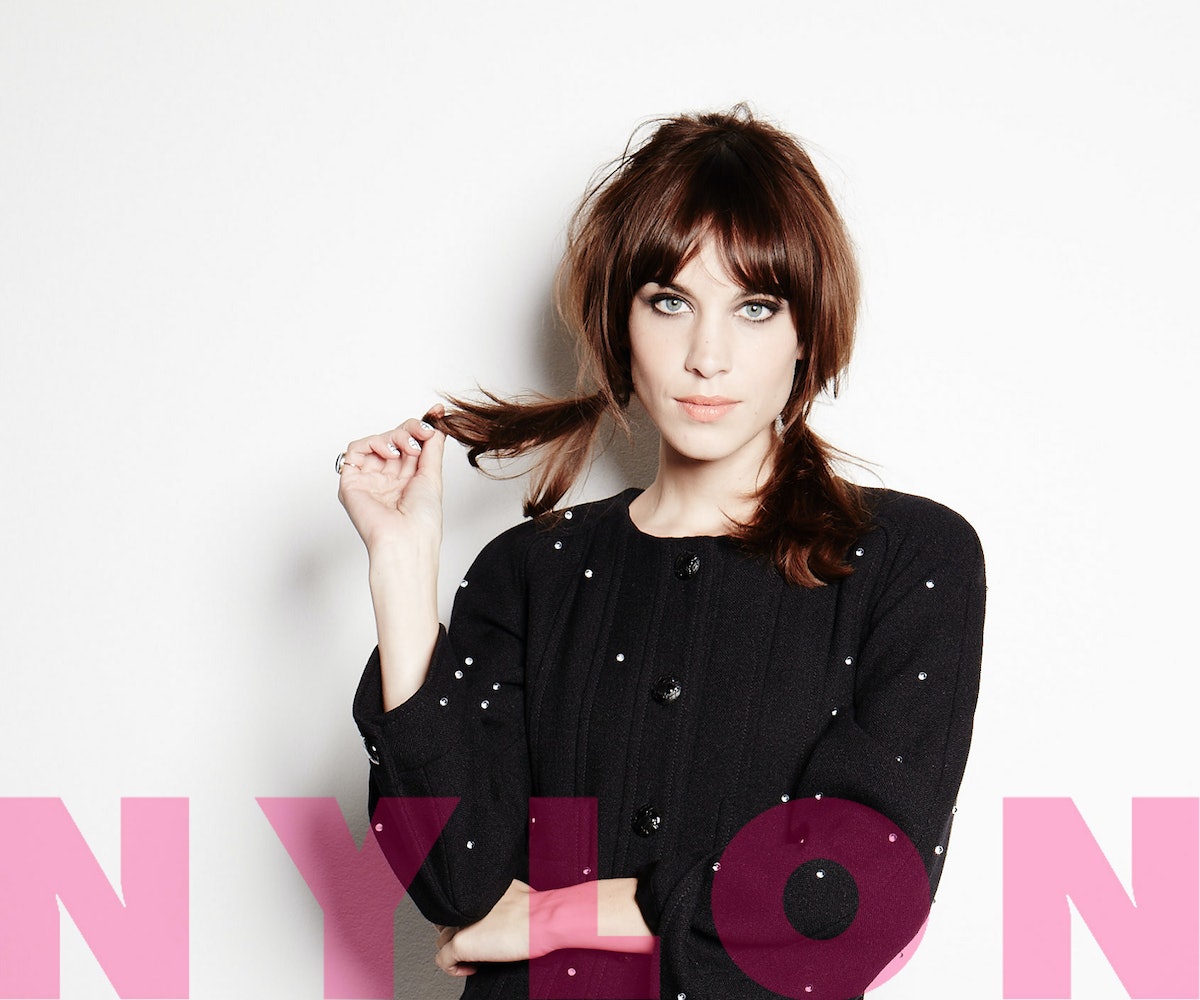 Cool girls come and go, but few have had the staying power of Alexa Chung. It's no surprise, considering she's a fashion muse, a designer, a newly minted author, and--yes, she's got a day job--a news anchor who could talk as insightfully about MGMT as she could about Peter Pan collars.

And now you can add NYLON cover star to her long and impressive resume, as Chung graces our October issue. On the verge of turning 30, the It Girl reflects on just what "It" means--and why she's not afraid of the term anymore. While you wait for our annual It Girl issue to hit newsstands, check out our sneak peek--and exclusive outtakes--below.

"I could never be that earnest about it because I don't want people to think that I think I'm that great."

"I don't know if it's me picking them or them picking me. I love music and it's something I'm not accomplished in, so I guess I'm always impressed. Plus, I'm a strong, real woman and I think you need a man who's willing to take that on."

On Coming To Terms With Being An It Girl

"It's a funny title. The older I get, the more I'm like, 'Oh it's not that bad.' But when 'It' was first stuck on me, I was like, 'No, I'm not!' I felt like that label was reserved for girls who were famous for being famous."

"Someone said to me the other day, your twenties sort of happen to you and you can't really control what you're doing, and then in your thirties, you get to choose how you want to shape what happened to you."

On Outgrowing Her It Girl Phase

"Is Kate Moss still an It Girl? Charlotte Rampling? Jane Birkin? I wouldn't rank myself alongside those women, but if the It Girls of yesteryear are still 'It'…I don't think any of them lost what made them unique."