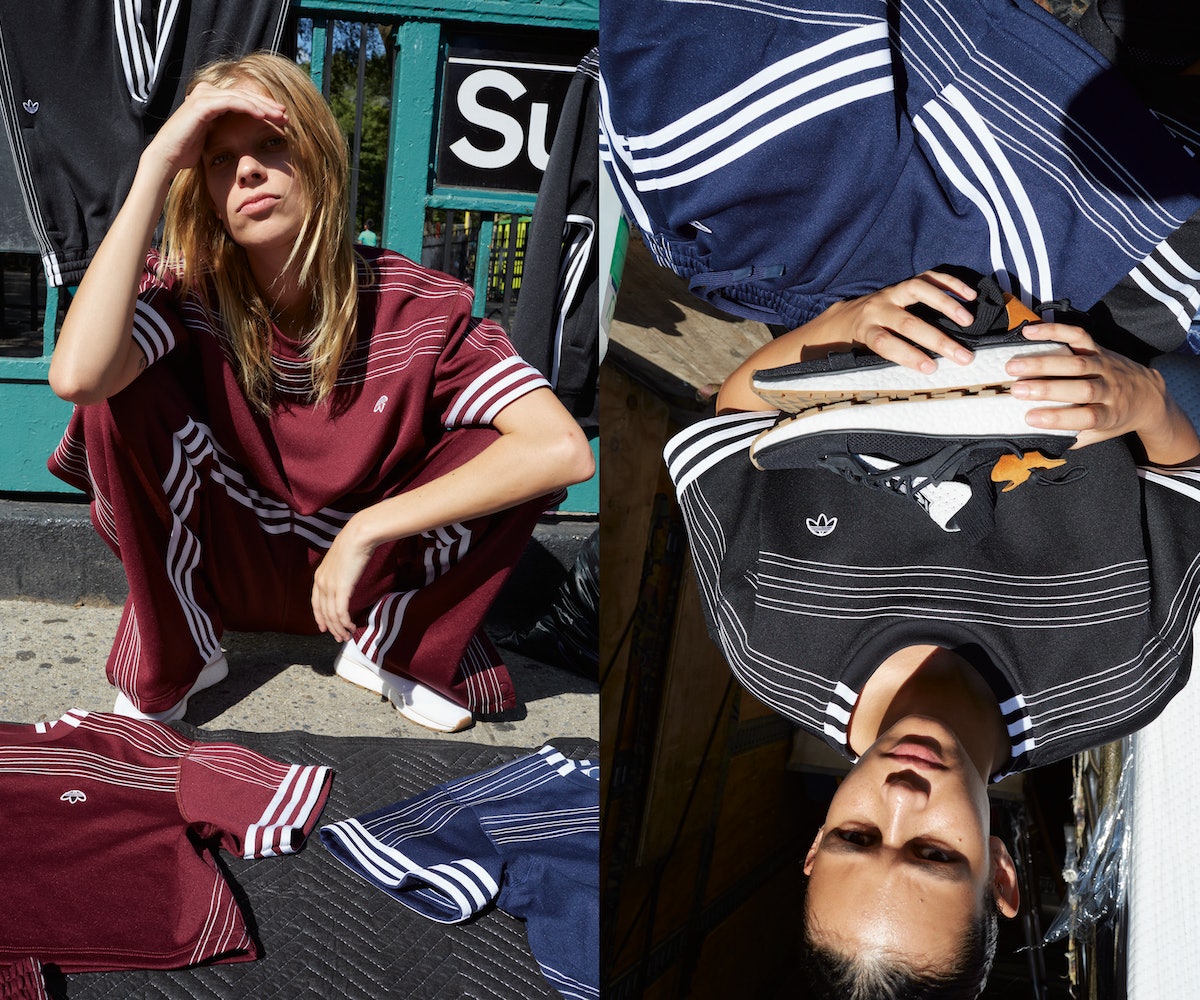 If you've been striving to channel your inner Sporty Spice, look no further. Alexander Wang and Adidas Originals teamed up once again for a collection called Flip Pack, a line made with streetwear stans in mind. Drop 2, which marks the second of the three announced collaborations, was inspired by "the idea of overturning commonly accepted rules."

The mini-collection contains 14 pieces of unisex apparel and footwear. From tracksuits and crop tops to shorts and footwear, it's a hypebeast's dream come true. Drop 2 launches at seven global retailers on March 1 (Barneys in New York, Colette in Paris, Boon the Shop in Seoul, Antonioli in Milan, Storm in Copenhagen, Joyce in Hong Kong, and Dover Street Market in Tokyo), followed by a wider release in stores and online on March 4.

Peep everything from the campaign photos to product shots in the gallery, below.