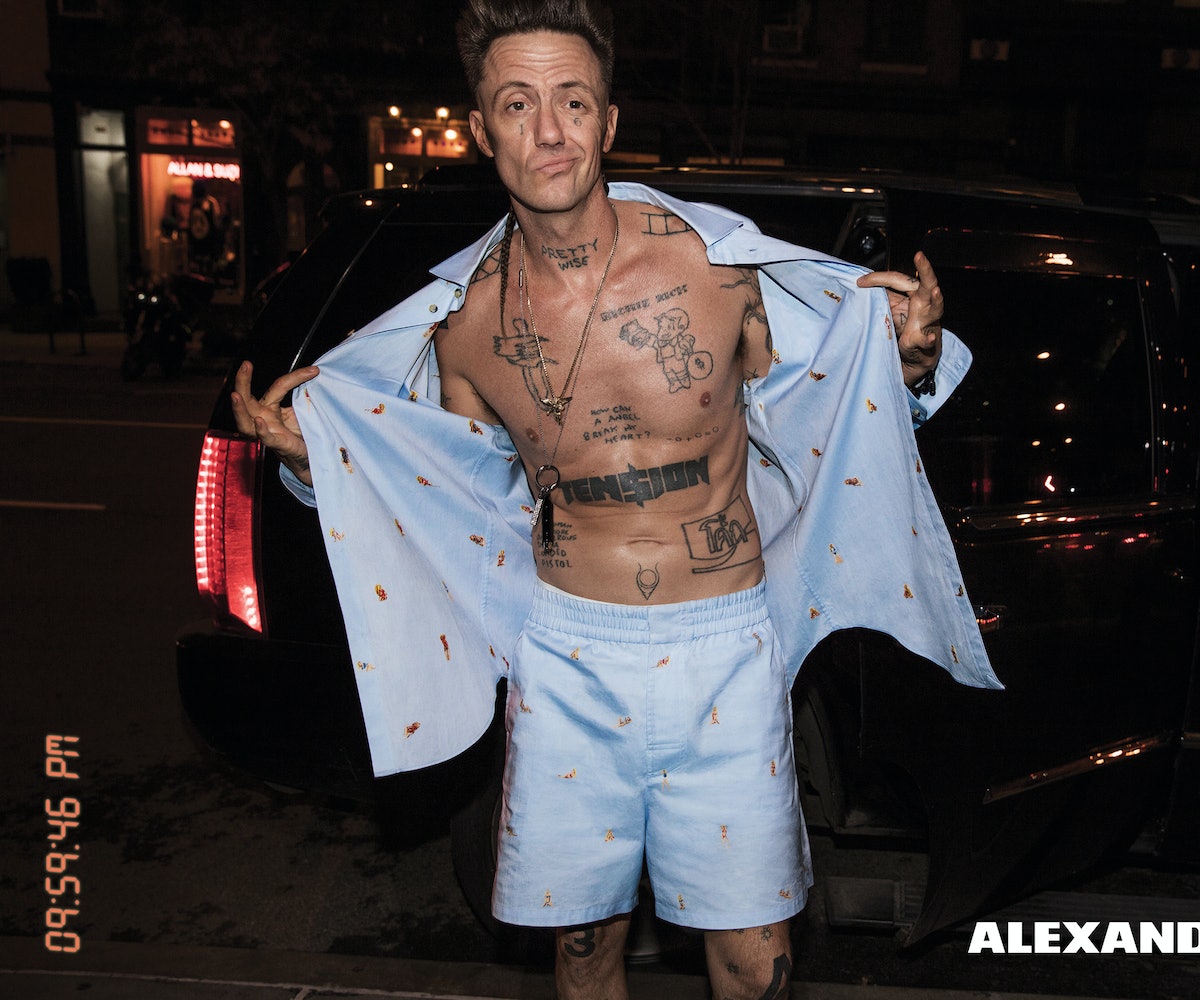 Photo by Inez and Vinoodh

Alexander Wang doesn’t play around when it comes to casting for his campaigns. For his Spring/Summer 2017—which already includes a star-studded cast made up of Lil Yachty and this year’s Models.com Breakout Star, Adwoah Aboah, in addition to past muses such as Binx Walton—the designer brought in a new face. Ninja, one-half of the sometimes-controversial South African rave-rap group Die Antwoord, is the latest to join the #WangSquad.

Photography duo Inez and Vinoodh capture the gang in the midst of a night of debauchery—as has been typical of previous campaigns. Ninja is shot in a baby blue shorts-and-shirt set from the new collection, showing off his body ink and cozying up next to Aboah. It looks like the artist can officially add "model" to his resume.

The rest of the crew is captured in slinky black cutout dresses, silk button-downs, and sporty-chic outerwear, hopping from the party to the after-party and finally hailing a 7am cab home. In case you're wondering where we got the scoop, the faux analog photos with an added timestamp help us follow the story line.

Click through the gallery below to check out the full campaign.