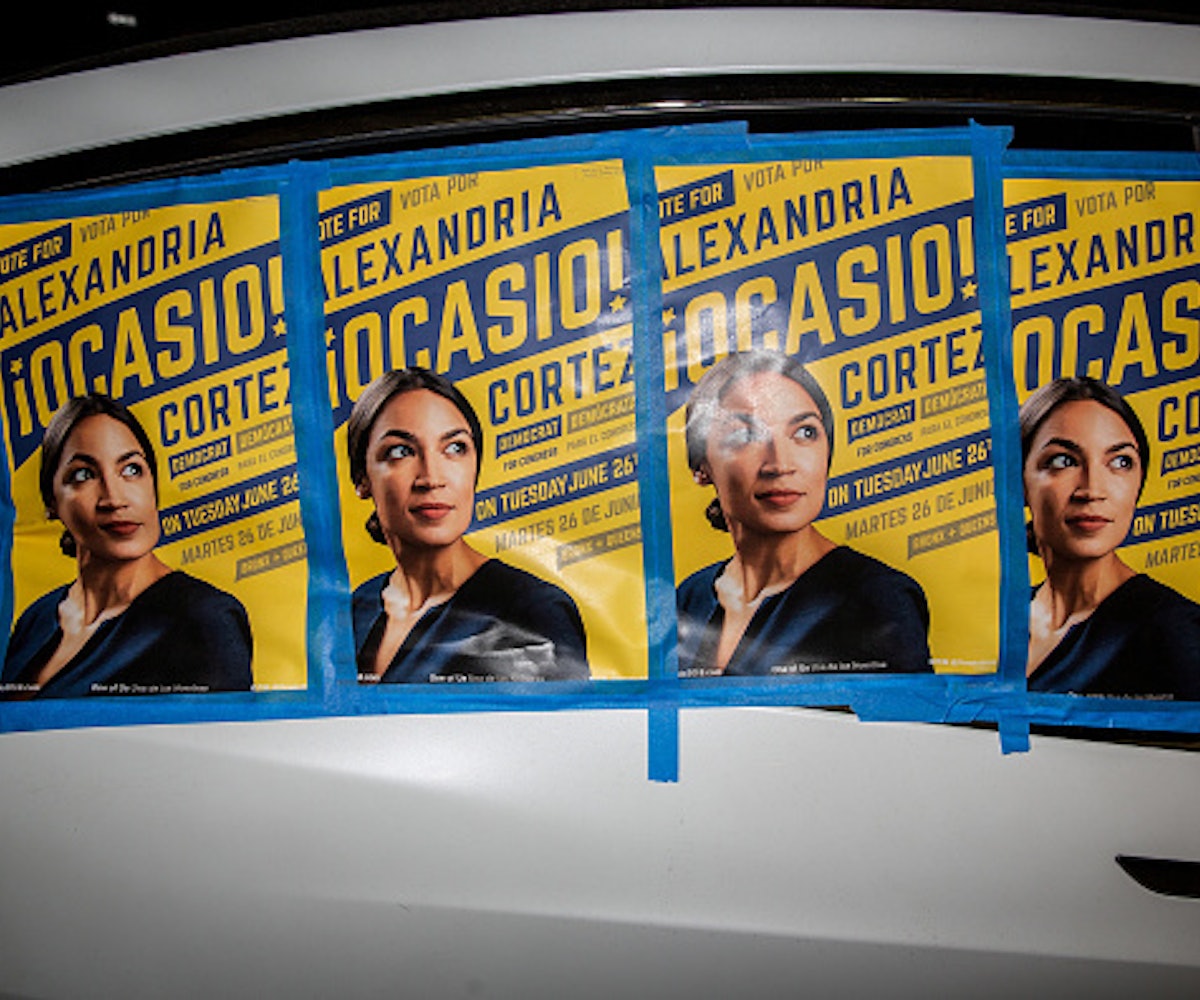 In the midst of this relentlessly devastating news cycle, in which we're bombarded by news of children being ripped away from their parents' arms and the imminent dismantlement of Roe v. Wade, it can feel difficult to find anything about which to be hopeful. And yet, it wasn't that long ago—last night, actually—that there was some actual good news: 28-year-old Alexandria Ocasio-Cortez beat incumbent stalwart Joe Crowley in a huge upset in New York's Congressional Democratic primary.

The win was one of many promising victories last night, in which establishment Democrats were defeated by candidates like Ocasio-Cortez who are true progressives, and who ran on platforms that include things like Medicare for all, abolishing ICE, and a $15 minimum wage. These wins were reminders that it will be possible to move the Democratic party further to the left, and away from its business-oriented platform. But they were also reminders of something else: It is totally possible for Democrats—with an assist from mainstream media—to fuck this up.

One of the most interesting aspects of the post-victory autopsy of Ocasio-Cortez's win was that media organizations like The New York Times, that had only minimally covered Ocasio-Cortez before her victory, attempted to absolve themselves of responsibility for missing out on her fascinating, portentous road to victory, saying that, prior to the election, Ocasio-Cortez had "seemed to find readier audiences with outlets such as Elite Daily, Mic or Refinery29—websites most often associated with millennial and female audiences—than with traditional publications." That the Times sought to marginalize Ocasio-Cortez by indicating that she had only been covered by niche publications (all of which have national audiences) was reflective of how Democrats like House Minority Leader Nancy Pelosi spoke about Ocasio-Cortez's victory. In an interview this morning, Pelosi denied that the win meant anything about how Democrats nationwide were feeling, saying, "It is not to be viewed as something that stands for everything else."

It seems pretty clear that this is an example of all those things, and that if the Democratic Party is smart, they will spend the next few months and the next few years (and beyond) paying attention to campaigns like Ocasio-Cortez's, which energized voters both young and old, and work toward making our country's future brighter, bit by bit.

Don't fuck this up, Democrats. There's a lot at stake.