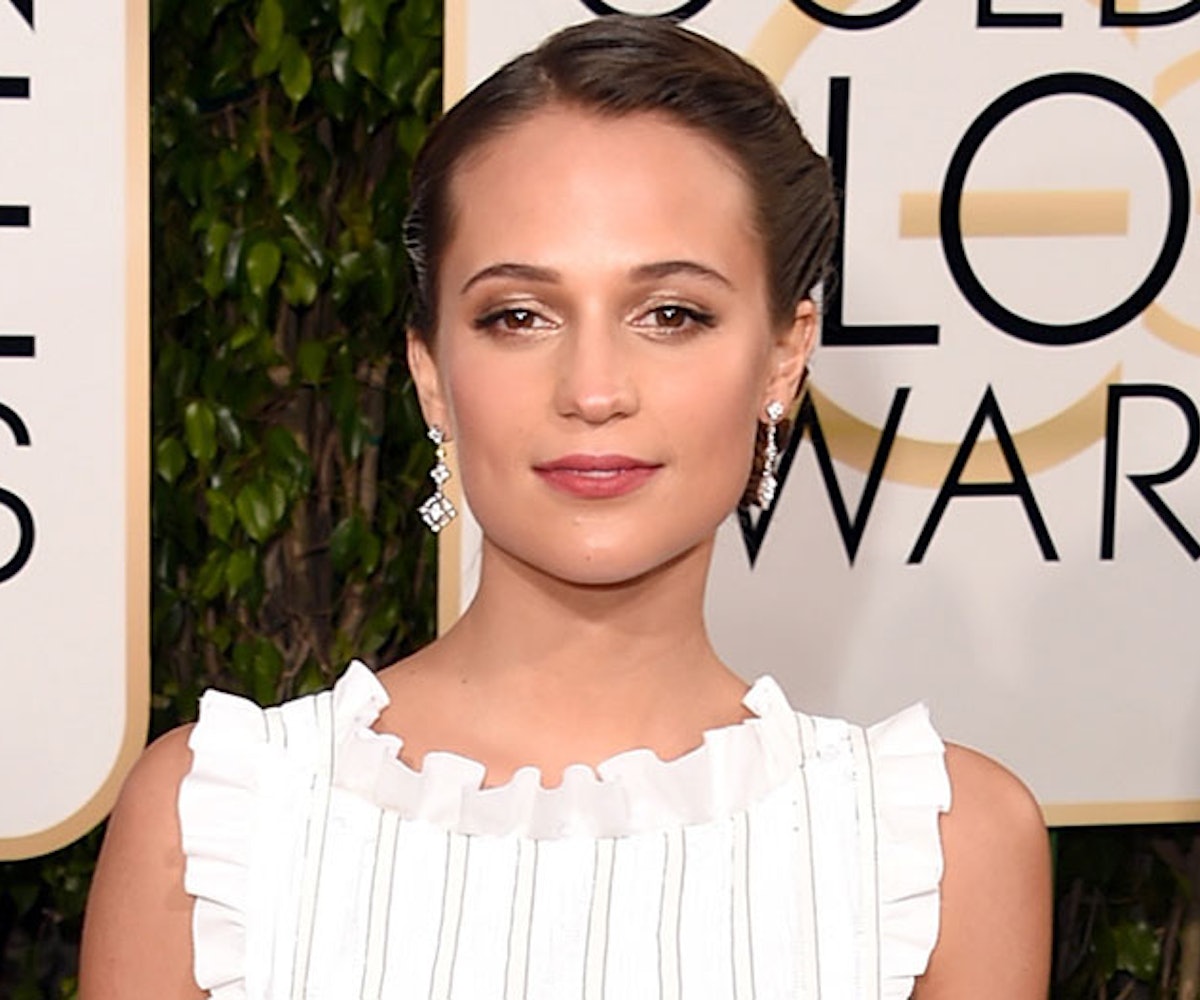 The double-nominee wore a floor-length, white Louis Vuitton dress that flawlessly walked the line between being classic and fashion-forward. The apron-style gown transformed into a stunning, sheer piece of eye candy when seen from the back, too. It’s not your average red carpet dress, but it’s elegant nonetheless. Nicolas Ghesquière did well making Vikander the face of the famed fashion house—this red carpet moment is heavenly.

Click through the gallery to see Alicia Vikander's full look.