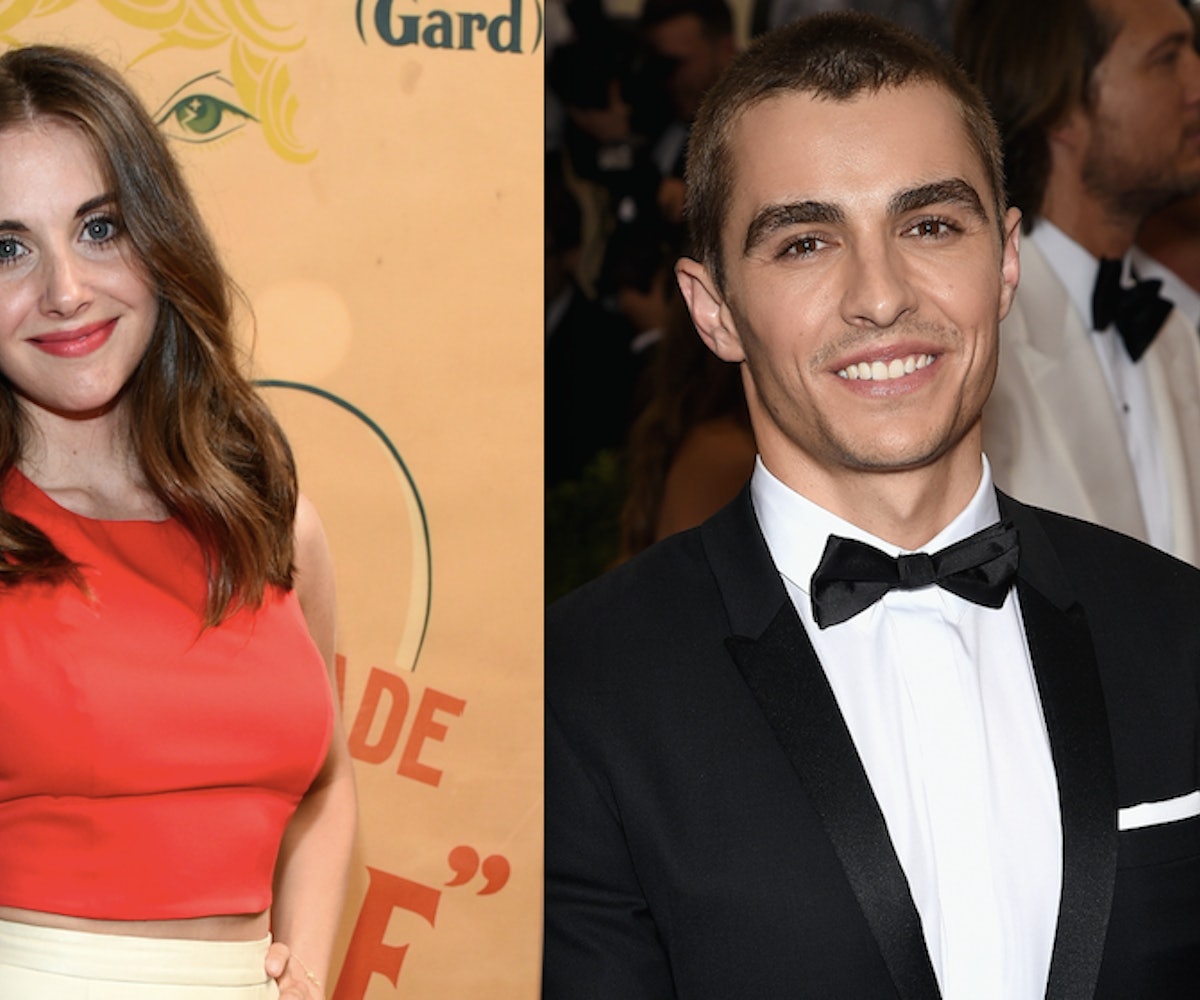 Alison Brie and Dave Franco kept their relationship low-key enough for most people to not even know they were dating at all, snagging a spot on our "11 Celebrity Couples You Didn't Know About" list. And while they may have been a lesser known couple, their chemistry, as evidenced in this Funny or Die sketch, is unmistakable.

Yesterday, the 32-year-old Community and Mad Men actress, who is starring in the upcoming movie Sleeping With Other People, appeared at the premiere of the movie with a giant ring on her finger, fueling the "sources say" rumors that have been floating around about the couple's relationship status. And then Franco's rep confirmed that the pair is indeed engaged, accordingly to Us Weekly.

Back in 2012, Brie told Elle Magazine that she may not even be "the marrying type": "I’ve never been the girl who’s planning my dream wedding—I was always practicing my speech for the Oscars. That was my dream, which is kind of sad but kind of great." The reality is that this was three years ago, and it looks like she may have found someone who changed her mind.

Congratulations to the pair!

NEXT UP
Life
Alison Roman Is Getting Her Own Cooking Show
Life
NYLON Newsletter: October 3, 2022
Life
Read An Exclusive Excerpt From I’ve Had To Think Up A Way To Survive: On Trauma, Persistence, and Dolly Parton
Life
On Repeat: Vaquera’s Away Collaboration Is Brought To You By Britney Spears B-Sides