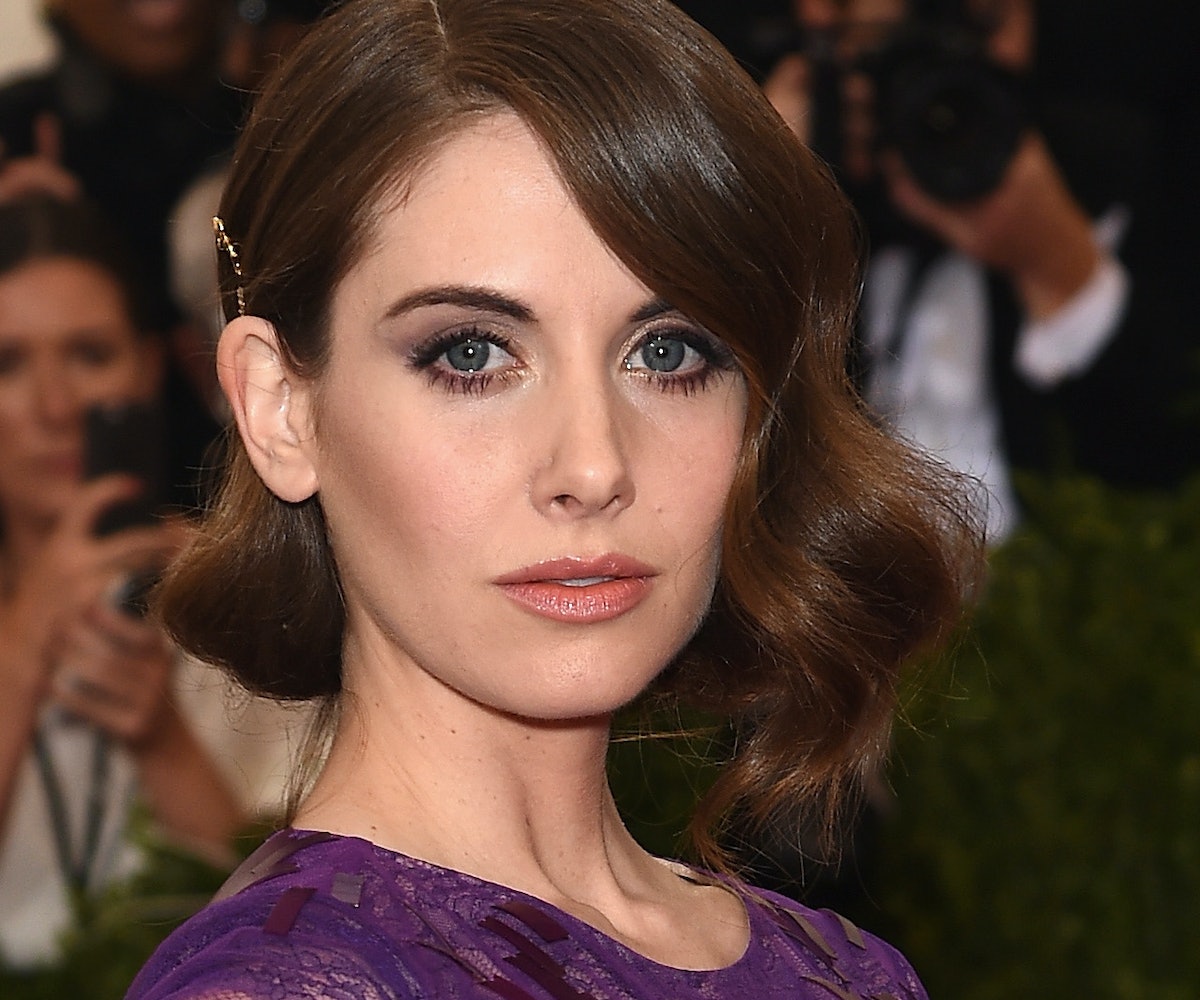 Television fans know her as the resilient Annie Edison, who bounced back from an Adderall addiction after losing her scholarship and her virginity on Community. But even more fans know her as the no-nonsense corporate wife Trudy Campbell on the recently wrapped Mad Men. In her new movie, Leslye Headland's Sleeping With Other People, we see a whole, other side to Brie, who plays a serial cheater who forms a platonic relationship with a womanizer (Jason Sudeikis) in an effort to overcome their bad habits. (In real life, Brie recently got engaged to her longtime boyfriend Dave Franco.) Here, she talks about the current wave of sexually promiscuous female characters, the demise of slut-shaming, and the trickiness of making your "O" face on camera.

Can men and women who are attracted to each other be platonic?

What this movie explores is how complicated it can get for a man and a woman who are sexually active and slightly attracted to each other to be friends. I certainly have a lot of male friends now, but I can think of complicated and confusing scenarios I’ve been in the past. I think when two people are single, it makes it much more difficult.

With Trainwreck and now this movie, we’re finally seeing female protagonists who are sexually promiscuous and unapologetic about it.

I think that’s what is breathing fresh air back into the genre, because it is more current. I think people do have more sex these days. I think women are having more sex. Men and women don’t wait as long when they’re dating. There are apps like Tinder where it’s very immediate, and I think people are much more candid in the way they talk about sex.

Women are shamed much less these days. I think there’s a lot less slut-shaming going on, which is a really great thing. I’m glad that women can be sexually independent the way that men have always been able to be. It’s refreshing to see women who are writing material that comes from the place of a modern woman, and it does feel very realistic and current.

Are these your first sex scenes?

I was drawn to the fact that there were sex scenes in this movie. And I felt very comfortable going into it. Even though it was a first for me, having a female director and someone who's in tune with not exploiting the female body, made me feel extra confident and comfortable doing intimate scenes. I dunno, it’s like a next step up from a kissing scene, and I’ve done many. It is a very vulnerable thing to expose your “O” face. You kind of have to just go for it.

And you trusted Jason?

It was great to work with Jason. We had not met until we were working on the movie, and there was a comfort between us right away. And he is an extraordinary man to work with. He’s very giving as an actor. I think he could probably have chemistry with anyone, so I’m glad I was in his eye line.

After Mad Men and Community, do you see yourself returning to TV?

It’s a great time for TV. There’s such amazing television being made right now. I’m very open to TV. But the two series I worked on were so groundbreaking, I think they set the bar a little high. So when I look at other projects, I’m a little picky.

And what about saying goodbye to Mad Men? It seems like with Breaking Bad out of the way, this is the show’s year to clean up at the Emmys.

I think that the series ended so beautifully. I just feel mostly grateful to have been a part of it until the very end. Jon and everyone in the cast has been doing exquisite work for years, and I think the work speaks for itself. I don’t know if you need awards to justify that. I certainly think he’s deserving of it. Everyone is. And the episodes were so beautifully made and a perfect farewell to the series. It would be fun and it would be exciting if it won a few awards, but I think the final season is one we can all be proud of.