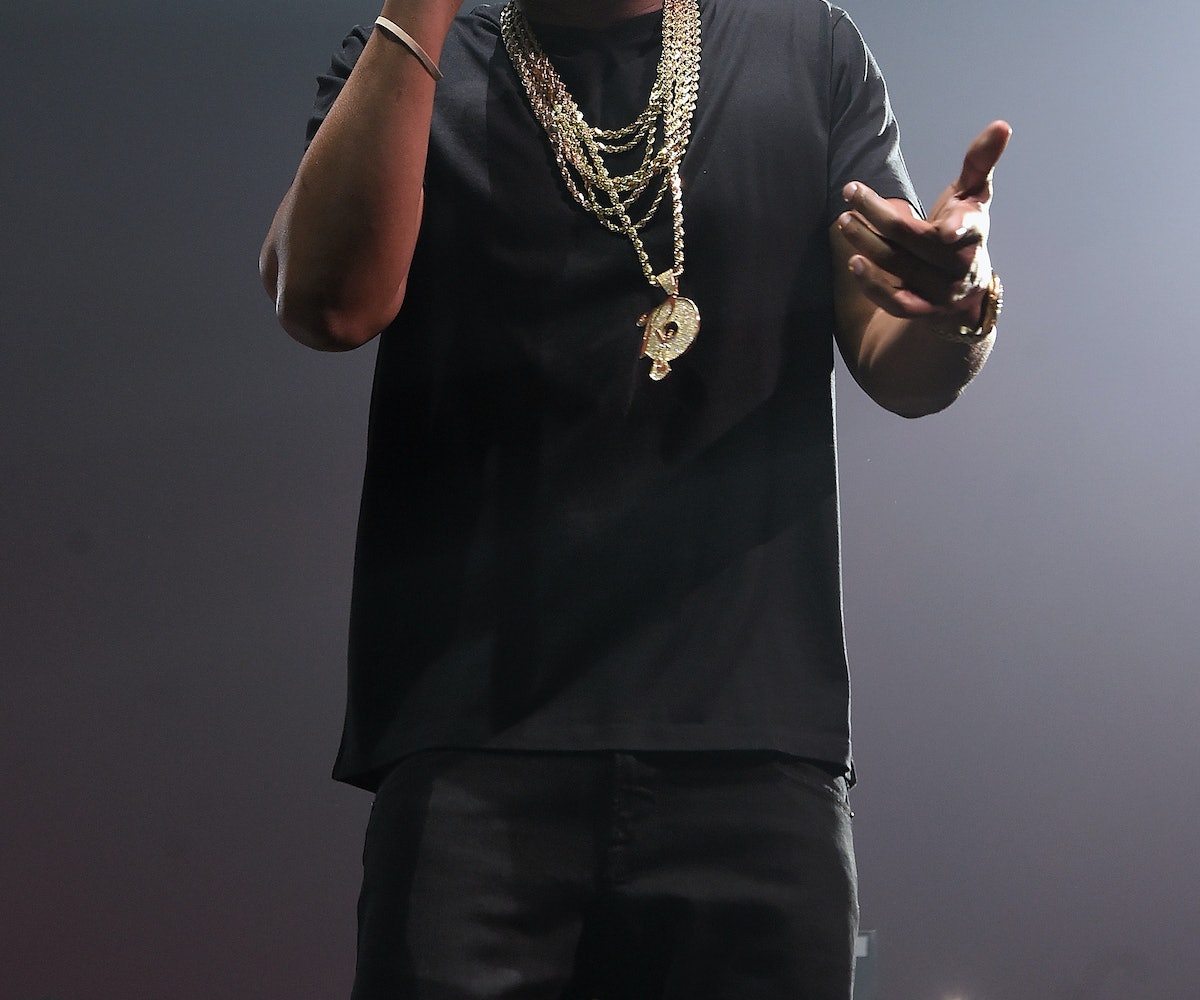 You knew that when Jay Z finally addressed his wife Beyoncé's album Lemonade, it would come in the form of a verse. That time is now, as the rapper, like a unicorn emerging from the forest, made an unexpected guest appearance on a remix of Fat Joe and Remy Ma's hit "All the Way Up," and wasted no time mentioning the album. "You know you made it when the fact/ Your marriage made it is worth millions/ Lemonade is a popular drink and it still is/ Survival of the fittest," he raps on the track, which is available exclusively on—wait for it—Tidal. Okay, so while he does shy away from directly responding to all those infidelity rumors the album raises, he does mention his marriage and Lemonade in the same verse, so that counts for something, right?

Elsewhere on the track, Jay Z, always a savvy businessman, addresses the passing of Prince while also reminding everyone that you can only stream his music on—wait for it—Tidal. "Prince left his masters where they safe and sound / We never gonna let the elevator take him down," he raps. That last line can be read as a reference to several things. It's a direct reference to a lyric in the Prince song "Let's Go Crazy," but if you're willing to make the leap, it can also be seen as a veiled callback to the infamous elevator incident with Solange. Or, somewhat morbidly—and we're not sure Jay had this in mind when he wrote the lyric—it can be taken as a reference to Prince's body being discovered in an actual elevator. Stream the song here, but only if you're a member of—wait for it—Tidal).