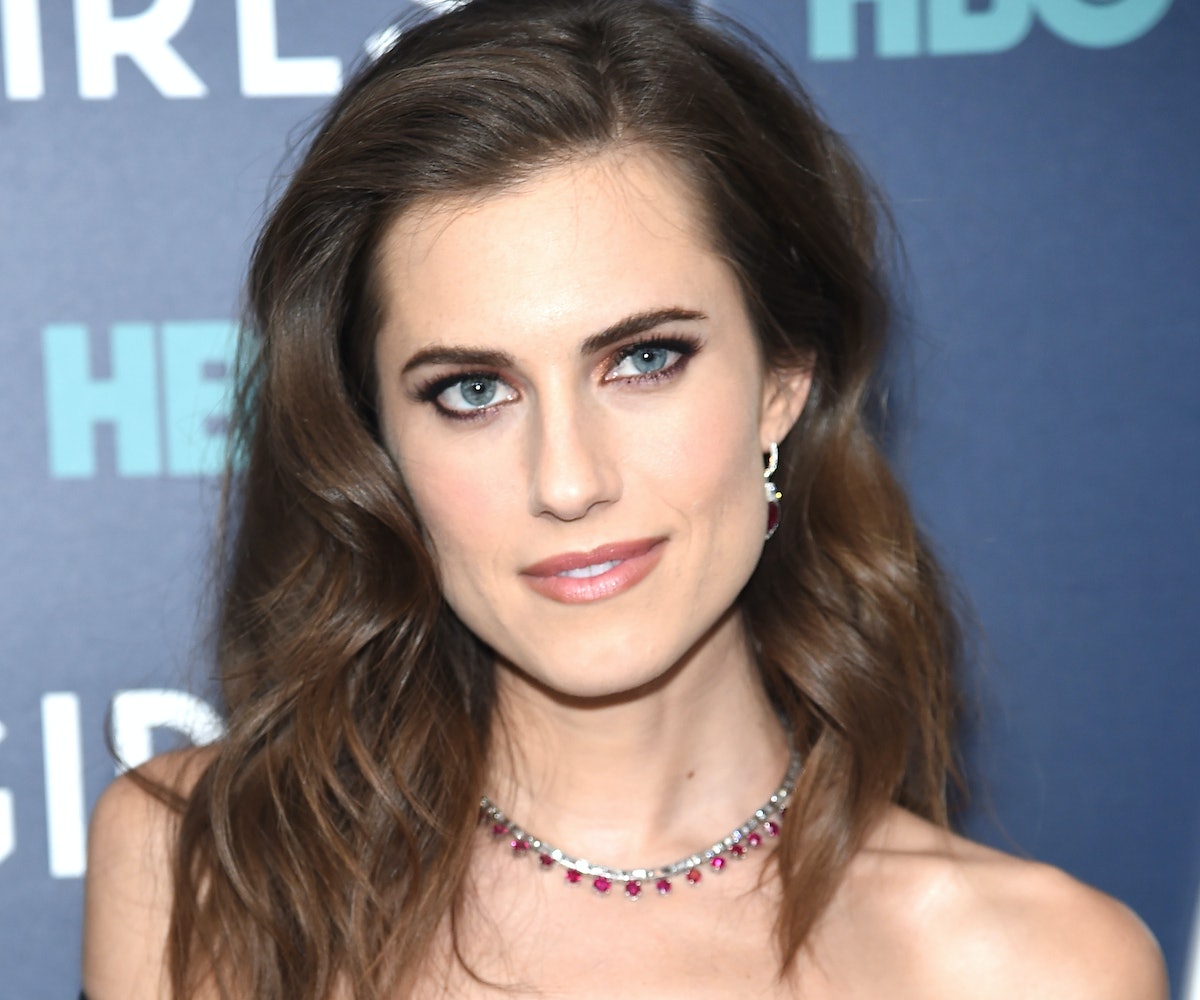 Allison Williams is having a moment. At the same time as Girls sets off on its final voyage, Williams has a lead role in Get Out, the thunderous, racially charged horror comedy from the mind of Jordan Peele (one-half of comedy duo Key & Peele). It’s hard to believe it, but Get Out marks Williams’ first movie ever, and besides NBC’s Peter Pan Live!, the only significant project she’s made since Girls made her a star. In it, she plays Rose, a young woman who brings her boyfriend Chris (Daniel Kaluuya) upstate to meet her parents. Chris, an African-American, is skeptical that Rose’s upper-class parents will approve of their interracial relationship, but she assures him it’s cool—her parents are liberals, so what could go wrong? That’s a question best left unanswered, and when we spoke to Williams over the phone last week, she also had to stop herself from revealing too much, thanks to the movie’s various twists, which are as surprising as they are satisfying. We also spoke to the 28-year-old actress about the legacy of Girls and where she wants to go from here.

Is it strange having to promote this movie just as the final season of Girls is also coming out? It seems like a lot to deal with.

It's a little bit of whiplash... but that is a very, very happy problem to have. The fact that I have two things that I'm really, really proud of, it's a great problem. So you will hear no complaints from me.

Get Out reminded me why people go to the movie theater. I’m strongly encouraging my friends to see it with other people because the audience reactions really enhanced my experience watching it.

Yes, exactly! And I've been feeling like, with everyone becoming more and more self-contained in their entertainment, it's really great to have [a movie like this]. The only reason I can think of to make a movie that is going to go out on a screen is to make one that really needs to be experienced in a group, and Get Out pretty much personifies that to me. It's the ultimate communal viewing experience. I really encourage people to go see it with a room full of strangers, because you'll learn a lot about humanity listening to what people react to. And I would go so far as to say it really warrants a second viewing because it's a different movie the second time you see it.

We can’t talk too much about your character since we don’t want to spoil the movie. It must be a strange circumstance, in terms of promoting the movie.

I know! I don't even think I can talk about it. I think people should just think she is what she is. In all the press we've been doing, we have been stopping basically at the cocktail party.

This is your first movie. Why do you think it took so long for you to star in one?

Well, I was waiting for something that felt like it needed to exist. I just think there's so much out there. People are overwhelmed enough as it is by content, and not only just content but like really good shit. And because there is such a variety of platforms, the cream really can rise to the top in a way that it may not always have, so I felt like I wanted to only add to that, not just clutter people's to-do lists. And when this movie came along, that was exactly what it was.

When did the movie’s racial undertones become apparent to you?

I don't know if they're undertones, but it was like the first scene. The taboo of watching a black guy walk through a white neighborhood is a very indelible mark of our time, borrowing kind of from Trayvon Martin and everything that's happened after. From the minute I read that scene, I was like, "Here we fucking go, let's do this." And from the minute I read that scene, I wanted to be involved. I hadn't met the character of Rose yet, I didn't know what she was about, but I didn't really need to know that much more before I decided I wanted to be part of it.

Switching to Girls, what was your reaction when you read Marnie’s final scene?

I cried because I realized it was the last Girls script I was ever going to read. And each script has been so good, and I'm so spoiled, and it was just really sad.

Were you happy with where her character ends up?

Yeah, it felt totally right. And I think people that have been fans of the show for a long time and know the DNA of the show will feel the same way because we love a gray area on our show.

Are you telling us the ending will be ambiguous in some way?

Yeah, well, it's not tidy. Our show wasn't ever going to have a Six Feet Under-style ending, but I think fans of our show probably know that, and as much as we like to have all the answers, I think it's also nice to imagine the girls just moving around the world with the rest of us.

There’s been a lot of discussion around the legacy of Girls. What do you think it’s going to be?

Gosh, I feel like I need some distance. I think, in general, it's an aesthetic that maybe wasn't as prevalent before, where we got to see young women depicted in a kind of brutal realism without the sheen and gloss of a glamorous depiction. And I think that in and of itself, it was kind of radical, and is blissfully less so at this point. I don't know how much of that is just a coincidence of timing, of other people's voices being promoted, but we share the same aesthetic. I'm sure that a lot of pitches in Hollywood have been like, “It's like Girls, but blank.” I think that's really cool because our DNA is real honesty and that kind of realism that doesn't let you indulge in any kind of fantasy or escapism. There is nothing aspirational about it, so I think that's really cool, and I think that's a new tone.

Do you feel like the success of Girls has handed you a double-edged sword? On the one hand, you’ve been presented with so much opportunity, and on the other, you have to worry about people seeing you as Marnie.

A little bit, but that's sort of what motivated me to do this movie, for example, and one of the luxuries that Girls provided me is the stability that will allow me to be selective going forward. I've sort of scratched the itch of playing Marnie, so to speak. I don't feel a burning need to play someone like her again.