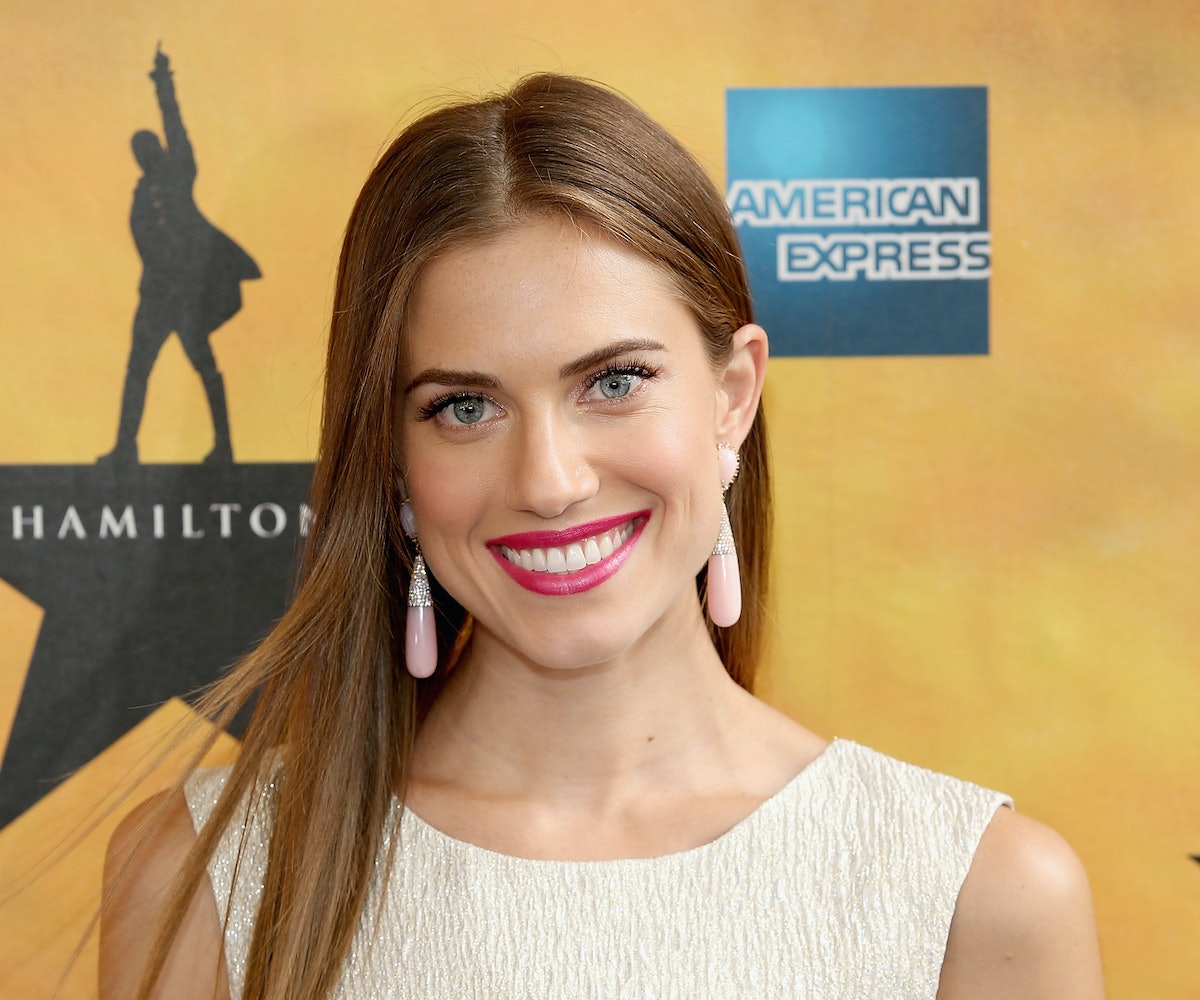 Unlike her television alter ego — the romantically clueless Marnie on HBO's Girls — Allison Williams' love life is about as good as it gets. On Saturday, the 27-year-old actress married her longtime beau, CollegeHumor co-founder Ricky Van Veen, in an idyllic, star-studded ceremony at the insanely picturesque Brush Creek Ranch in Saratoga, Wyoming.

Williams took to Instagram to show off her gorgeous Oscar de la Renta gown, while the rest of the impressive details came from one of the 150-200 guests on hand. According to People, Tom Hanks officiated the wedding (wife Rita Wilson, who was also in attendance, plays Williams' mom on Girls), while celebrity guests like Katy Perry, John Mayer, Seth Meyers, Bruce Springsteen, Diane Von Furstenberg, and Williams' Girls co-stars Zosia Mamet, Jemima Kirke, and Lena Dunham looked on.

Even the father of the bride—NBC news anchor Brian Williams—had a shining moment as he walked his daughter down the aisle. Earlier in the year, Williams postponed her wedding while her father's scandal played out in the press, but Saturday's wedding is proof that maybe "happily ever after" really does exist.

Check out the beautiful bride below.