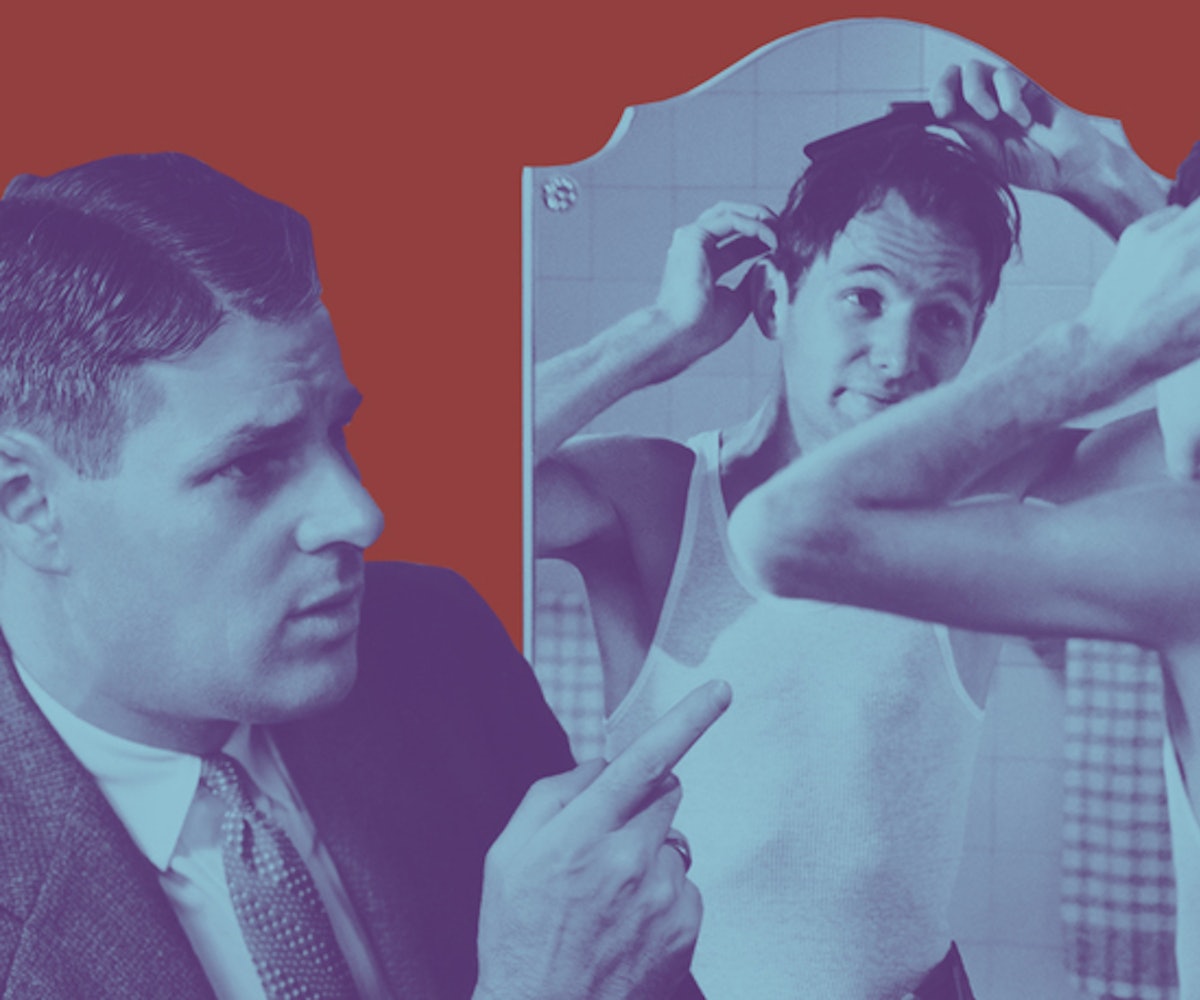 At this point, we’ve all seen the bone-chilling images that came out of Charlottesville just over a week ago. Mobs of white supremacists chanting, “Jews will not replace us” and “blood and soil,” as they marched through the streets of the Virginia city. While what those men were wearing might seem irrelevant and haphazard, it’s not. What they wear is integral to their movement and perceived legitimacy, as well as critical to their recruitment of new members in joining what they call the “alt-right.” Style is crucial to the white supremacist movement in 2017.

In anticipation of the Charlottesville rally, Andrew Anglin, who runs the recently removed-from-its-server hate site the Daily Stormer, wrote a post to his followers instructing them on what to wear for what many considered to be the white supremacists’ contemporary coming out party, their largest gathering in two decades, according to a Vice documentary. Anglin told his followers to look “hip,” “sexy,” “dangerous,” “appealing,” adding “that means you have to go to the gym.” He told those reading what kind of shirts to wear: “The worst look ever is a baggy T-shirt. Wear fitted T-shirts, where the sleeve goes to the middle of your bicep. It should not hang lower than base of your member.” His instructions continued: “Jeans should also be fitted. Not tight, just fitted… don’t ever wear shorts. Serious men in serious situations are not wearing shorts.”

If that weren’t instruction enough, Anglin expanded on his exhortation to “got to the gym,” and included further body image expectations: “Continued obesity should not be tolerated. Surely, a lot of our target demographic is going to be out of shape, which is why we need a culture of fitness.” He wrote, “We need to be extremely conscious of what we look like, and how we present ourselves. That matters more than our ideas. If that is sad to you, I’m sorry, but that is just human nature. If people see a bunch of mismatched overweight slobs they are not going to care what they are saying.”

Largely, what the white supremacists turned out in were polo shirts, mostly white, and khakis. They followed Anglin’s instruction: clean, preppy, polished. “It’s the perfect uniform look for Middle America,” costume designer, researcher, and associate professor Leslie Yarmo said in an interview. “These are people who obviously want to appeal, in my opinion, to people in Middle America, people going to church and associating them [the alt-right] with these good, respectable, clean ideas. They’re absolutely dressing like this because they think it will gain them more respect.”

“Mainstream is less threatening than something off-beat,” Daniel James Cole, costume designer and NYU adjunct professor of costume studies, said in an interview, his words conjuring comparisons to the hooded Klan robes of decades past. “The agenda is more palatable if it comes from a context that does not look extreme.”

When speaking with a proclaimed member of the alt-right, he confirmed these ideas. “Alt-righters often wear polo shirts, button downs, or business suits in their everyday lives. This carries over into how we dress at conferences and rallies,” Henry Wolff, the assistant editor of the “race realism” website the American Renaissance, said over email. “Alt-righters often dress like traditional college students—somewhat preppy but not in an overdone way as is common among fraternity members.”

“I don’t often see alt-righters promoting specific brands. Most brands are marketed to mixed-race audiences (even brands like Vineyard Vines and Brooks Brothers which appeal almost exclusively to whites), so there isn’t really a brand that we’d wholly endorse,” he said.

Anglin’s post does not include detailed haircut instructions, though it does specify “short.” The “Nazi youth” haircut, called the “fashy” in today’s alt-right parlance, tends to be the group's preferred look. “At our conference two weeks ago there were many young people sporting it (I’d guess around 30 percent of them),” Wolff said.

But why is their look so important and whom are they trying to emulate? As Anglin wrote in his post, the look is nearly as important as the mission mostly because of recruitment and legitimacy. “That is what will make guys want to join us.” As for who they are emulating, the white supremacist movement has its own internal sartorial heroes. Richard Spencer, president of the white nationalist think tank the National Policy Institute, being one; Nathan Damigo, the founder of Identity Evapora which focuses on white European identity, being another. Both men give off a polished, old-school professorial vibe. On Twitter, Damigo even goes by the moniker “Fashy Haircut.”

As GQ noted, some extremist white supremacists consider Anders Breivik, who killed 77 people at a camp in Norway in 2011, a hero. Breivik also paid attention to his look. In his manifesto, he encouraged followers to, “dress smartly, but to avoid symbols associated with Nazism.”

And then there’s Donald Trump. “They’re clearly emulating Trump,” Yarmo said via interview. “People throughout history have dressed like their heroes and rulers.”

On Monday a side-by-side photo, comparing Trump in a MAGA hat and golfing clothes to Charlottesville protesters, was circulated online and shared in the Costume People Facebook group (a group of professional costume designers and academics from across the country). The author of the post, Ingrid Price, wrote, “This goes in the ‘psychology of dress’ category… Groups tend to adopt a ‘uniform,’ whether it’s Wall Streeters in their power suits or Japanese salarymen in their white shirts and dark ties, or, well … you get the drift.” The Trump similarities were enough to get a community of costume designers talking. The image has been shared more than 44,000 times at the time of publishing.

It could be easy to brush off the white supremacist’s sartorial similarities as coincidence, or merely the clothing of the American everyman, but that’s not exactly so. This clothing, like all clothing, is a communication tool, a narrative, an image projected. The image here is meant to seem smart, scholarly even, superior, organized, legitimate—aspirational.

A wolf dressed in sheep’s clothing is still very much a wolf, but the alt-right seems to be banking on the desire of the sheep to revere that wolf. Today’s white supremacists know how much image matters (even preferring the toned-down name "alt-right"), and they’re doing what they can, via a DIY uniform, to present a cohesive group that exists offline and not just via memes and internet threads. As Anglin writes, the image “matters more than our ideas.”

What the movement has learned is that without the sartorial trappings of mainstream respectability, their ideas would be tossed aside as the ramblings of a radical few. Dressed like anyone, or everyone, their philosophy manages to feel more dangerous, largely because it feels sinisterly familiar. This army of polo shirts, khakis, red hats, looks terrifyingly like some guys we might have met at a party once; they’re banking on that "Chad" appeal to entice recruits.

No matter what they’re wearing, though, or how innocuous they look, these men are hate-filled, dangerous radicals, proof that wolves have forgone sheep’s clothing for khakis and polo shirts.