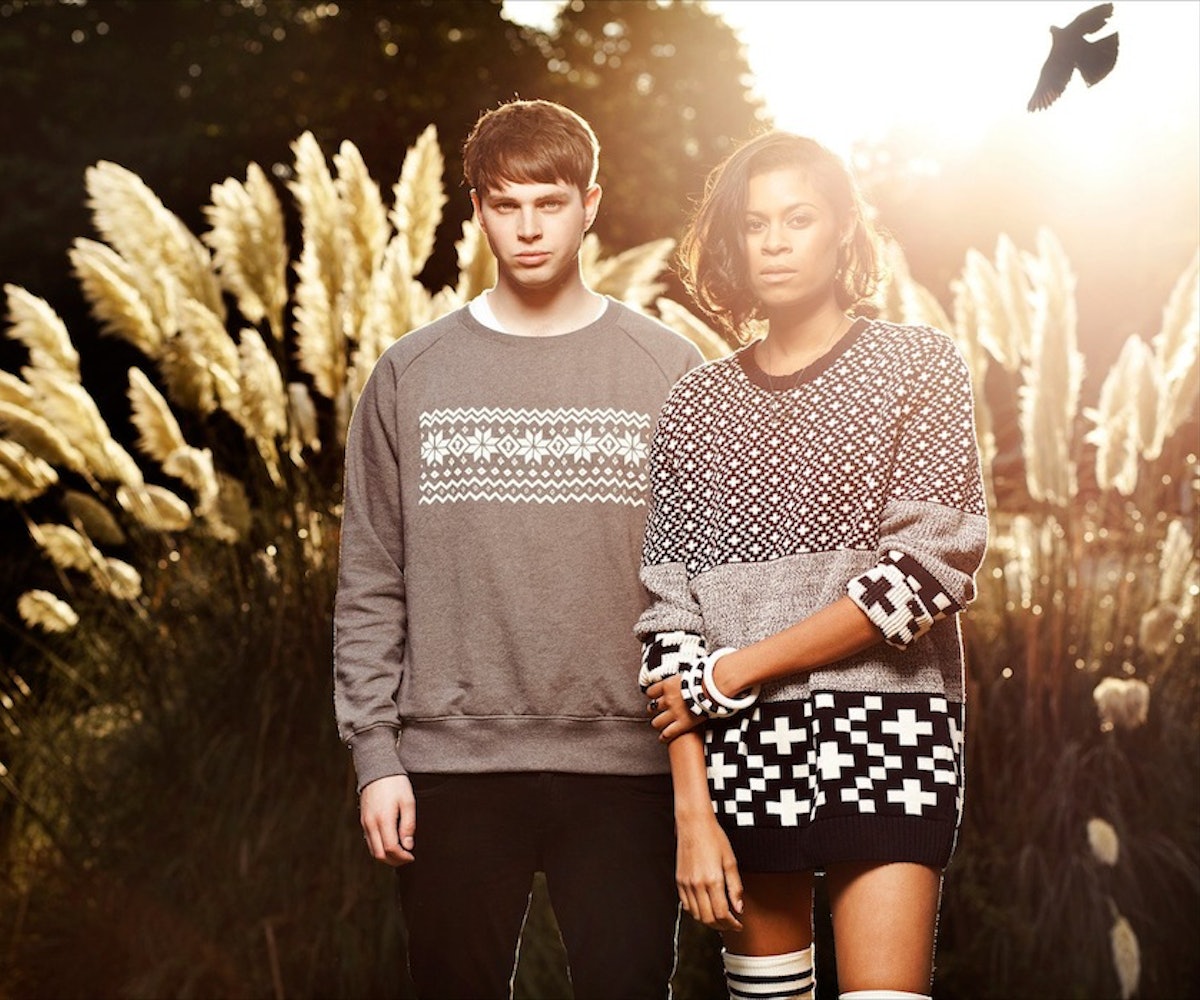 "We're stuffing our faces with food right now, so we're glad you don't have this on video," AlunaGeorge singer Aluna Francis tells me in between laughs during our Skype call last week. I can't help but laugh with her since— I'm not going to lie—it's a little bit weird Skyping with a band, because you're basically just talking to yourself at the computer. But this duo is too funny to make it the slightest bit awkward. It's clear that after some major onstage and studio bonding time, these two just get each other.

Since first linking up via MySpace, Francis and producer George Reid have been the missing pieces to each other's puzzles; Reid's glitchy, genre-tripping beats are the perfect complement to George's crisp, clean vocals. It's been three years since they first met, and the duo has made major waves since then.

Not only were they shortlisted for the 2013 BRIT Award, but they also finished up second in BBC's prestigious Sound of 2013 poll. Not too bad for a group who hadn't even released a debut album. "We didn't want to release a full-length record straightaway before people really got a chance to know us as musicians," Francis explains. "When I was growing up and hearing bands for the first time, the album was so important; it was almost like I couldn't trust a band until I heard their album."

Listeners will be able to do just that starting today, since twosome's debut albumBody Music officially drops—and needless to say, AlunaGeorge is totally trustworthy. Unless you've been living sans Internet connection over the past 12 months, chances are you're familiar with singles like "Your Drums, Your Love" and "Attracting Flies," which have already burned up the blogosphere. Spiffed-up versions of those tracks are included on the record, but alongside fresh tracks like the thumping "Lost & Found" and the super smooth "Kaleidoscope Love."

The result is a '90s-inflected, shimmery package that fuses throbbing beats with singalong choruses and classic songwriting. Which, as Francis points out, is the ultimate goal. "We want the record to sound new and different to your ears, but still with that familiarity so you can listen again and again." With an album this catchy, they definitely don't have to tell us twice.

The band is busy prepping for an American tour (Reid's first time in the U.S.) and creating "fast food maps of everywhere we want to go—McDonalds, Burger King, all the American spots." So until you can catch them live, feel the AlunaGeorge vibes and get a sneak peek of their debut album Body Music below.