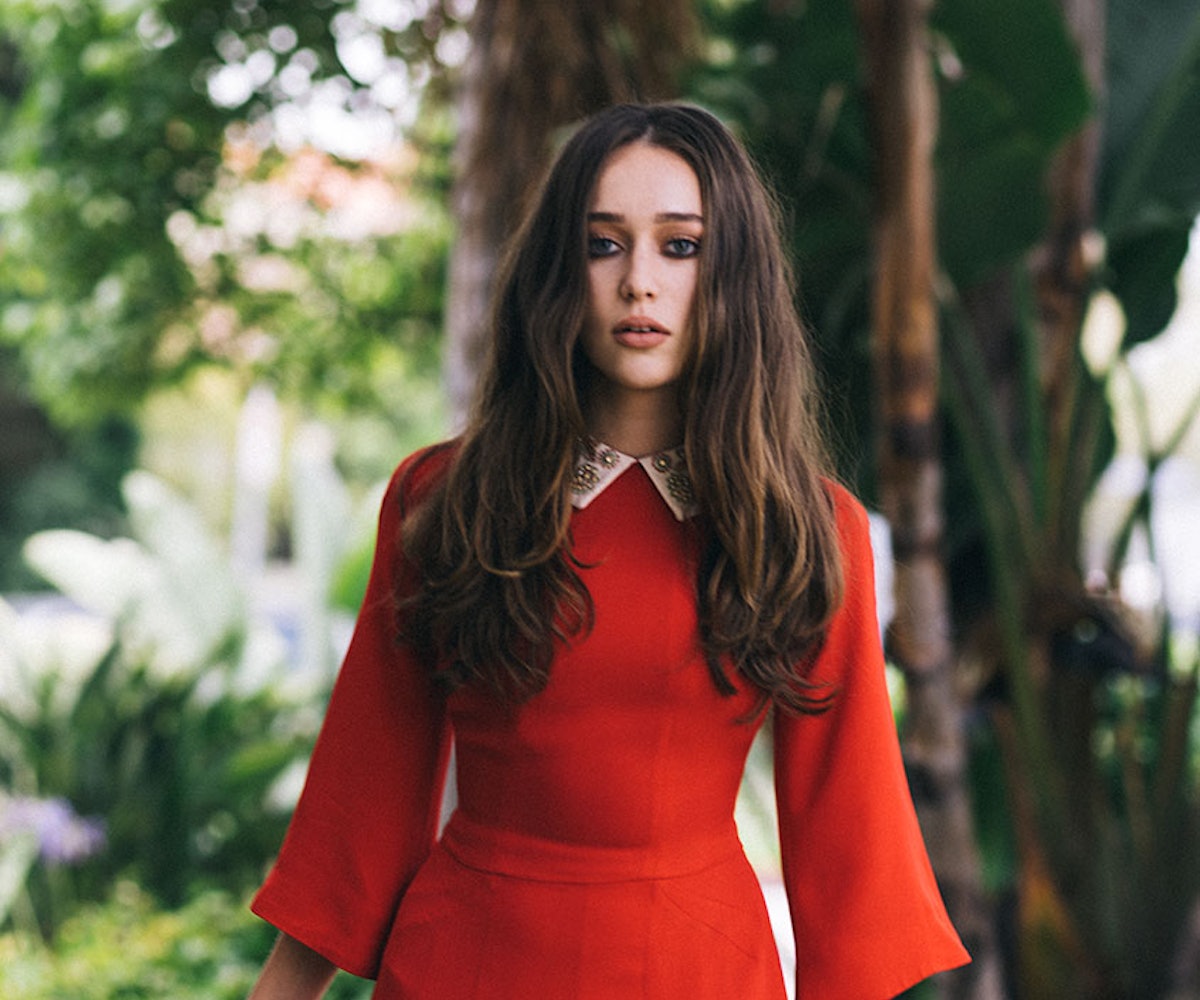 “With everything I do, I’m soaking wet or running through some post-apocalyptic wasteland,” says Debnam-Carey. “At first, with this, I was like, ‘I don’t know if zombies are really my thing.’ But it was such an amazing group of people, and it all fell into place really unexpectedly.”

On Fear the Walking Dead, the 22-year-old Australian actress plays a teen girl named Alicia, who is college-bound until the world begins to crumble around her. Debnam-Carey is a self-professed “fangirl” of the original Walking Dead and is overwhelmed to be part of the franchise—as long as she doesn’t get killed off too quickly. “With a show like this, at any point in time, they could do it,” she says. “Especially since this one doesn’t follow a comic book. Now shows seem to be killing every lead there is! It’s like, ‘Who can we kill next?’”

No matter the fate of her character, Debnam-Carey will land on her feet because she’s a fan first, naming Game of Thrones as one of her favorite shows (on account of the English accents). It was announced at Comic-Con this year that Debnam-Carey will be reprising her role as fan-favorite Lexa on CW’s The 100. “At first I was really focused on getting film roles,” admits the actress. “After a while I had to stop having such a white-knuckle grip on everything and just go with it and take the opportunities as they were coming. Beggars can’t be choosers. It also luckily came around the time when TV made a huge leap. TV has stopped being thought of as a second-tier medium and I’m happy to be part of that.”