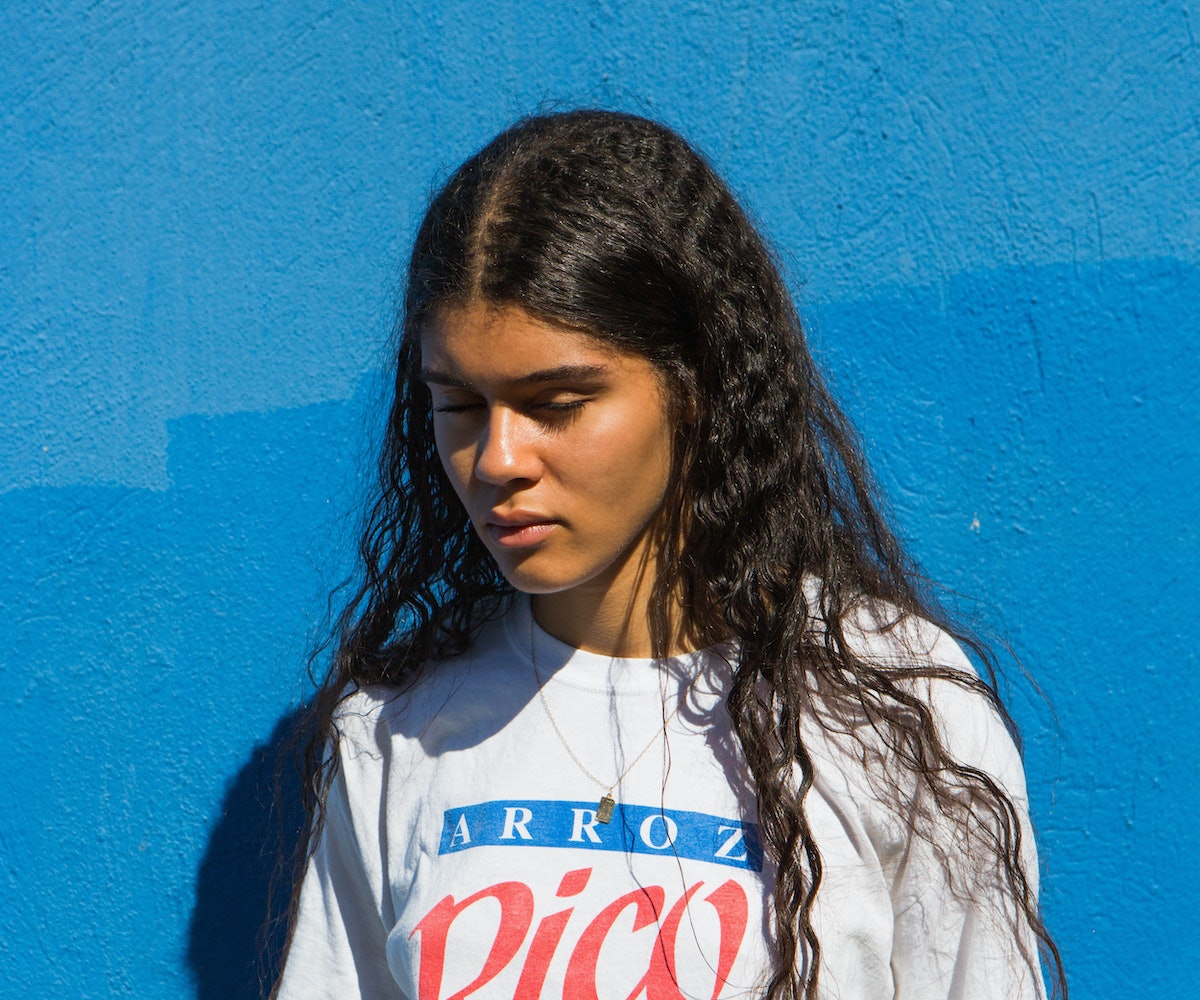 This year, the Black Lives Matter movement further proved that it was a force to be reckoned with worldwide. North Londoner Ama Lou is paying her tribute to the cause in her brand-new, Exmoor Emperor-produced single, "TBC." At the age of 18, this singer-songwriter is completely comfortable with herself. Her style blends femininity with androgyny, which you can also taste on her soul-feeding R&B tunes.

In an email, Lou describes her song as a take on "current events and historical issues experienced by the minorities of the world." Within the track, she makes references to mass murder and the annihilation of people of color.

"I write both from primary and observatory points of view. The verses portray a sense of group and togetherness, standing together and fighting against archaic societal rules opposed by modern feminism and the millennial generation," she says. "The pre-chorus references the infamous last words 'I can’t breathe,' uttered by Eric Garner, the Staten Island New Yorker choked to death by police in July 2014."

Lou explains how the chorus is about "the views of those trying to change their environments for the better." In her own words, the line “should it be I’ve lost my way" is "kind of a mockery of the media’s perpetuated projected propaganda that labels activism 'crazy'" when they really "need to make noise and be heard."

We hear Lou's message loud and clear. Let that all sink in as you stream the track, below. "TBC" is also available to purchase on iTunes.