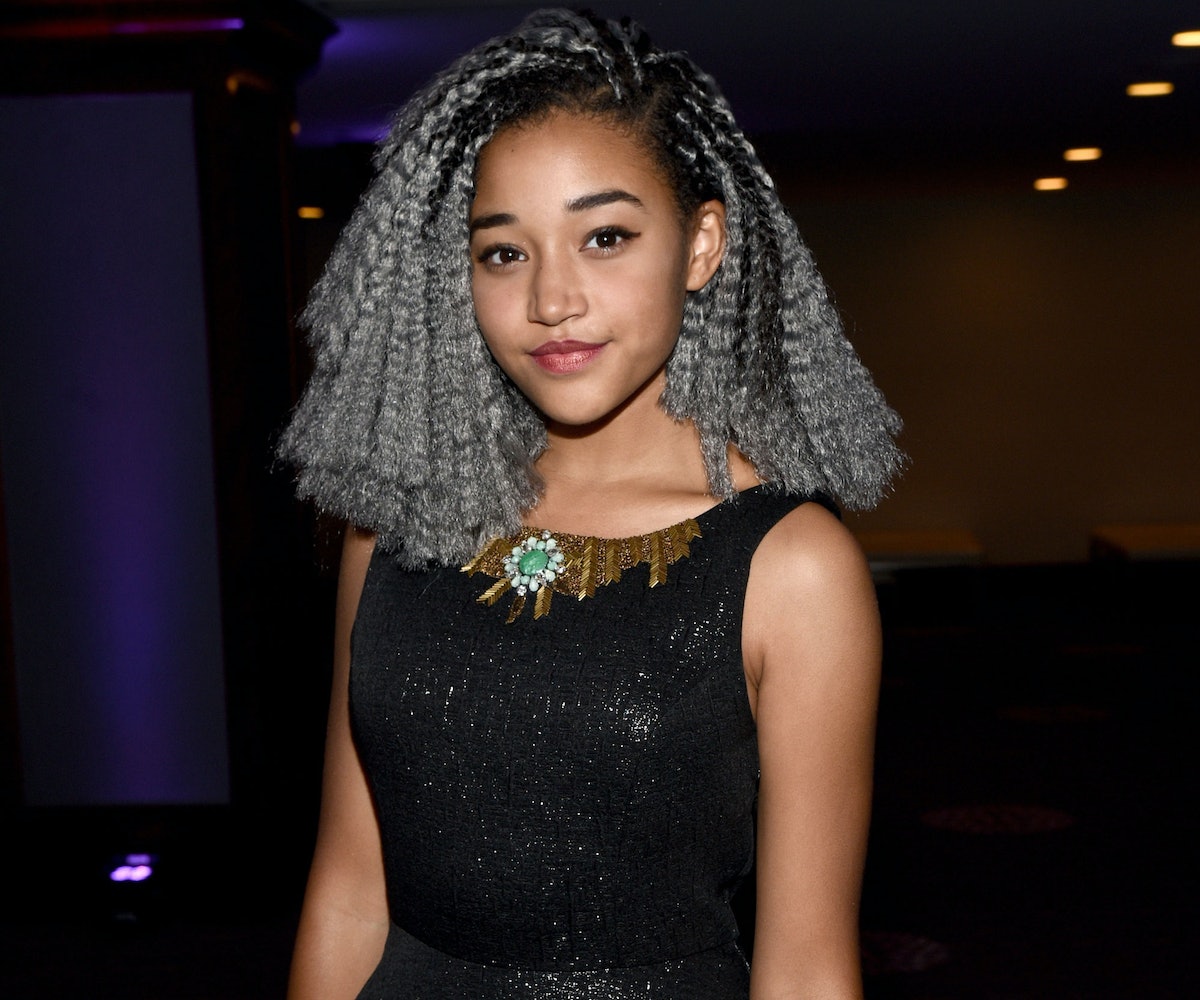 Following the reveal of Teen Vogue's February covergirl, Amandla Stenberg recently took over the publication's Snapchat account. During her appearance last night, the 17-year-old actress officially came out as bisexual. This is the first time that Stenberg has ever commented on her sexuality, but we aren't surprised in the slightest that she would choose to address a part of her identity in this manner. Sharing information about yourself in an interview doesn't have the same effect as broadcasting it directly from a social media platform where the level of access is unlimited. We support Stenberg in her decision and applaud her for continuing to have the courage to be herself in a world that doesn't always appreciate her for it. Being the face of change can be a burden, especially at such a young age, but Stenberg continues to rise above it all. Read her heartfelt confession in its entirety, below or watch it in a video here.

“I wanna thank Teen Vogue for giving me this opportunity, I cannot stress enough how important representation is, so the concept that I can provide for other black girls is mind-blowing. It’s a really, really hard thing to be silenced, and it’s deeply bruising to fight against your identity and just mold yourself into shapes that you just shouldn’t be in. As someone who identifies as a black bisexual woman, I’ve been through it, and it hurts and it’s awkward and it’s uncomfortable. But then I realized: Because of Solange and Ava Duvernay and Willow and all the black girls watching this right now, there’s absolutely nothing but change. We cannot be suppressed. We are meant to express our joy and our love and our tears, to be big and bold and definitely not easy to swallow. I definitely believe in the concept of rebellion through selfhood, and rebellion through embracing your true identity, no matter what you’re being told. Here I am, being myself; and it’s hard and vulnerable, and it’s definitely a process, but I’m learning and growing. Thank you for supporting me and doing this, and thank you to Teen Vogue. This is just the beginning, though; we have a lot of work to do for all women of color. We need more representation in film and television. We need our voices to be louder in the media. And not just women of color—bisexual women, gay women, transgender women, mentally ill women. I’m sick of all the misogyny and homophobia and transphobia that I see around me, and I know you are too. Thank you for listening and goodnight.”