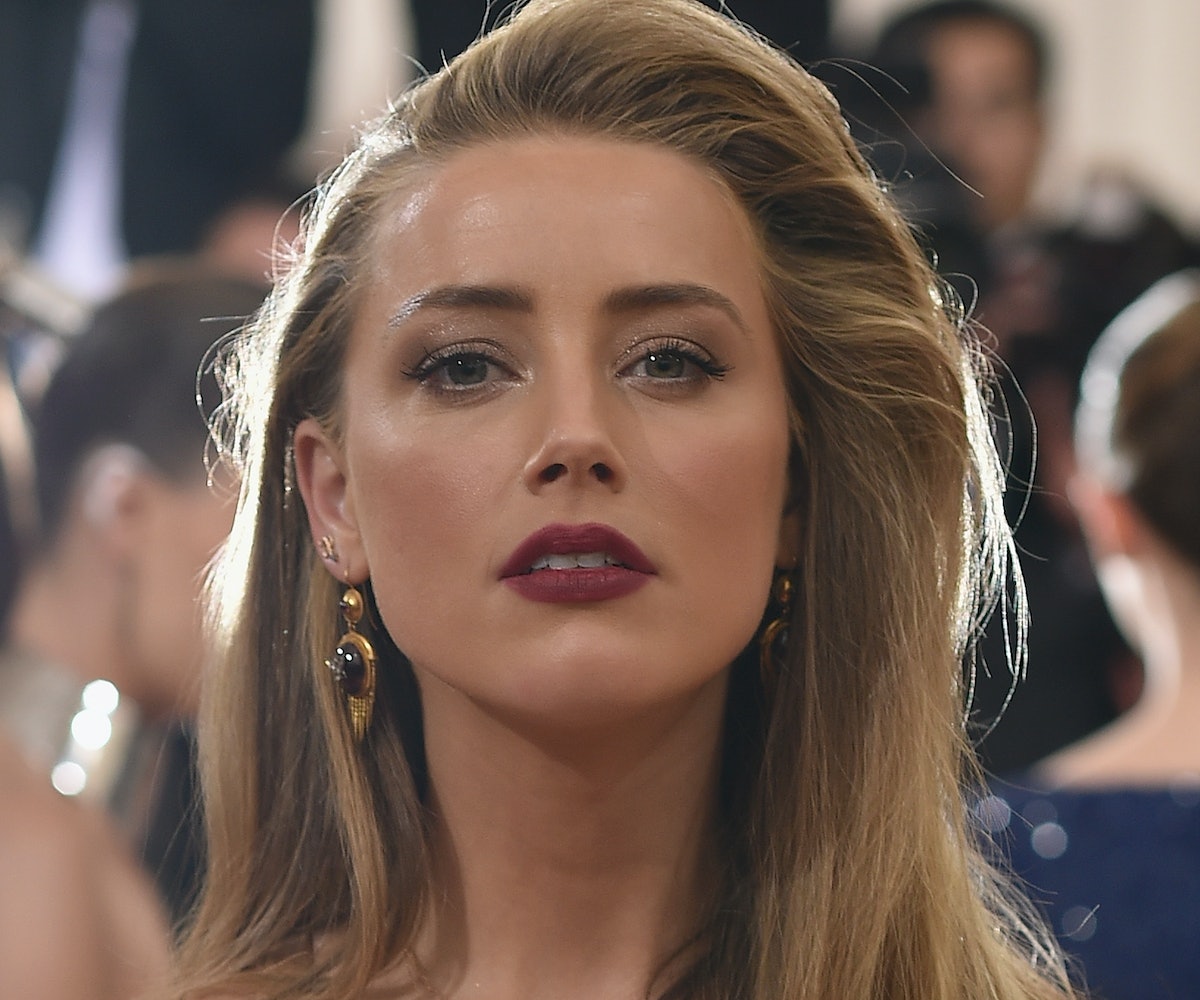 Amber Heard has had to live out painful portions of her life in the public eye before, but a new situation arising from the conflict between her and producers of the film London Fields has the actress embroiled in a truly nauseating conflict. Heard is claiming that despite specific demands about on-screen nudity, producers of the film she had agreed to star in have held on to shots of her in various states of undress and have faked unapproved sex scenes using a body double, to be released in special cuts of the final project. Heard is taking to court to fight the circulation of these images.

The Hollywood Reporter explains that London Fields, a film based on the novel of the same name, has faced serious controversy since its debut. Director Matthew Cullen sued producers Jordan Gertner and Christopher Hanley (and his wife Roberta Hanley) after promises of complete creative control and compensation were broken. Cullen's suit even asserted that actors were not paid, with many walking off set. Producers also allegedly made unwarranted and tasteless cuts to the final version of the movie, which were never approved by the director or the stars. The chaos surrounding the lawsuit led to the movie being pulled from the Toronto International Film Festival.

Now, the movie, which may as well be considered cursed, is facing its most hideous crisis yet. The producers of the film have sued Amber Heard for failing to follow through on contractual obligations and for refusing to show up at the premiere. Heard is now offering up a counter-complaint which alleges that her very specific demands about nudity were ignored in the "Producer's Cut" of the film.

"Amber Heard is the latest victim of this lascivious and sexploitive couple," said her attorney. "A rising film star, Heard agreed to play the lead in the motion picture entitled London Fields based on Martin Amis's novel. After reading the script, she insisted on specific restrictions about nudity and sex scenes in the film as a condition to agreeing to appear in the Movie. Hanley... expressly agreed to Heard's terms, and they were memorialized in the Nudity Rider to her contract."

And even worse: Heard was also asked to provide certain photos of herself for the supposed sake of continuity. "Such photos can include various states of undress during wardrobe changes," continued her attorney. "There is no legitimate business purpose for Hanley to have such photographs after filming was concluded, and the Hanleys had and have no rights to use such photographs for any proper purpose after filming ended. The Hanleys' prurient interest in exploiting Heard—both on and off camera—speaks volumes about their values."

The charges Heard is making against the Hanleys are rather serious. In part, they amount to breach of contract, breach of the implied covenant of good faith and fair dealing, tortious interference, misappropriation of the right of publicity, invasion of privacy by public disclosure of private facts, fraud, and deceit. Heard is seeking compensatory and punitive damages and for courts to permanently prevent the release of the aforementioned imagery.

"The Cross-Complaint is a work of fiction... and it marks the latest in a series of fantastical allegations she has made, including in connection with her high-profile divorce," responded the plaintiff's attorney Mathew Rosengart. "It is nothing more than a meritless smear tactic designed to distract from her own misconduct."

Heard herself said the following of the situation to a judge: "This case shines a spotlight on the dark underbelly of Hollywood."