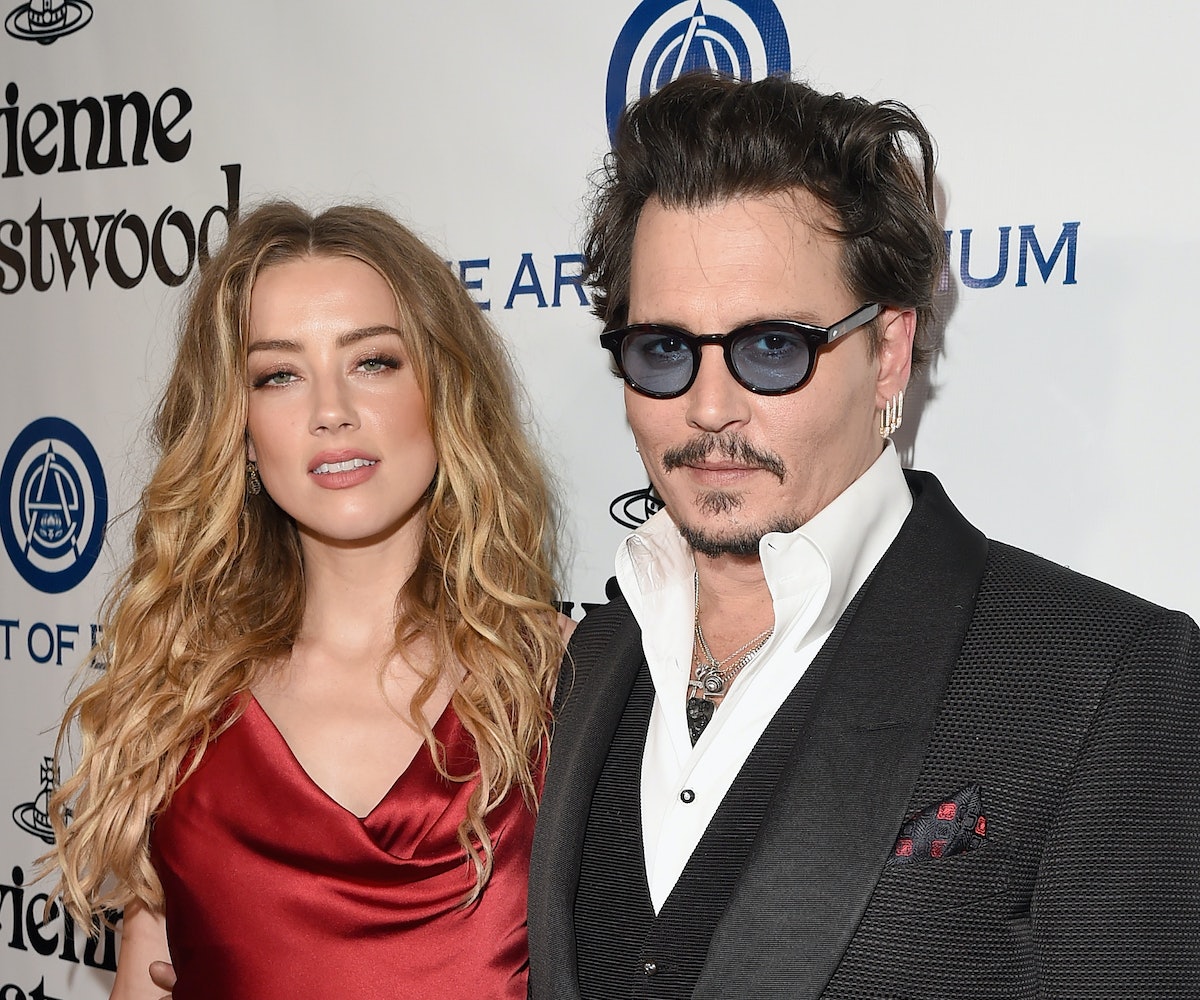 Photo by Jason Merritt / Getty Images
by Sarah Beauchamp
May 28, 2016

Earlier this week Amber Heard filed for divorce from Johnny Depp, citing irreconciable differences. Those differences were revealed yesterday when Heard filed a domestic violence restraining order against Depp, and submitted as evidence photos of herself with large bruises above her right eye, broken bottles and picture frames, and shattered glass on the floor of their penthouse apartment.

Her request was granted, and the judge ordered Depp stay away from Heard, whom the actor "violently attacked" last Saturday night according to the court documents. Heard said in a statement that Depp “began obsessing over something that wasn’t true” and “became extremely angry." He threw a cellphone, striking her cheek and eye with "extreme force," then continued to scream at her, as Heard says he began "pulling my hair, striking me and violently grabbing my face." Once her friend Raquel Pennington entered the apartment, according to the statement, Depp “picked up the magnum size bottle of wine he had been drinking out of, and he started swinging it around, smashing everything he could." Pennington corroborates Heard's story, alleging that Depp swung the magnum-sized bottle of wine "like a baseball bat."

Depp's lawyers claim that Heard is "attempting to secure a premature financial resolution by alleging abuse,” and that Depp is “unable to attend the hearing on this matter and has not heard Amber’s specific allegations against him”.

While Depp hasn't responded to the domestic violence claims, his rep released a statement after the divorce filing, saying "Given the brevity of this marriage and the most recent and tragic loss of his mother, Johnny will not respond to any of the salacious false stories, gossip, misinformation and lies about his personal life. Hopefully the dissolution of this short marriage will be resolved quickly."

Heard, who is seeking spousal support from Depp, whom she was married to for 15 months, also alleged that there were at least two other incidences of abuse, including one in April on Heard's birthday where Depp threw a magnum-sized bottle of chapagne at the wall and a wine glass at her, then grabbed her hair and shoved her on the floor. Heard said that "during the entirety of our relationship, Johnny has been verbally and physically abusive to me. I endured excessive emotional, verbal and physical abuse from Johnny, which has included angry, hostile, humiliating and threatening assaults to me whenever I questioned his authority or disagreed with him.”