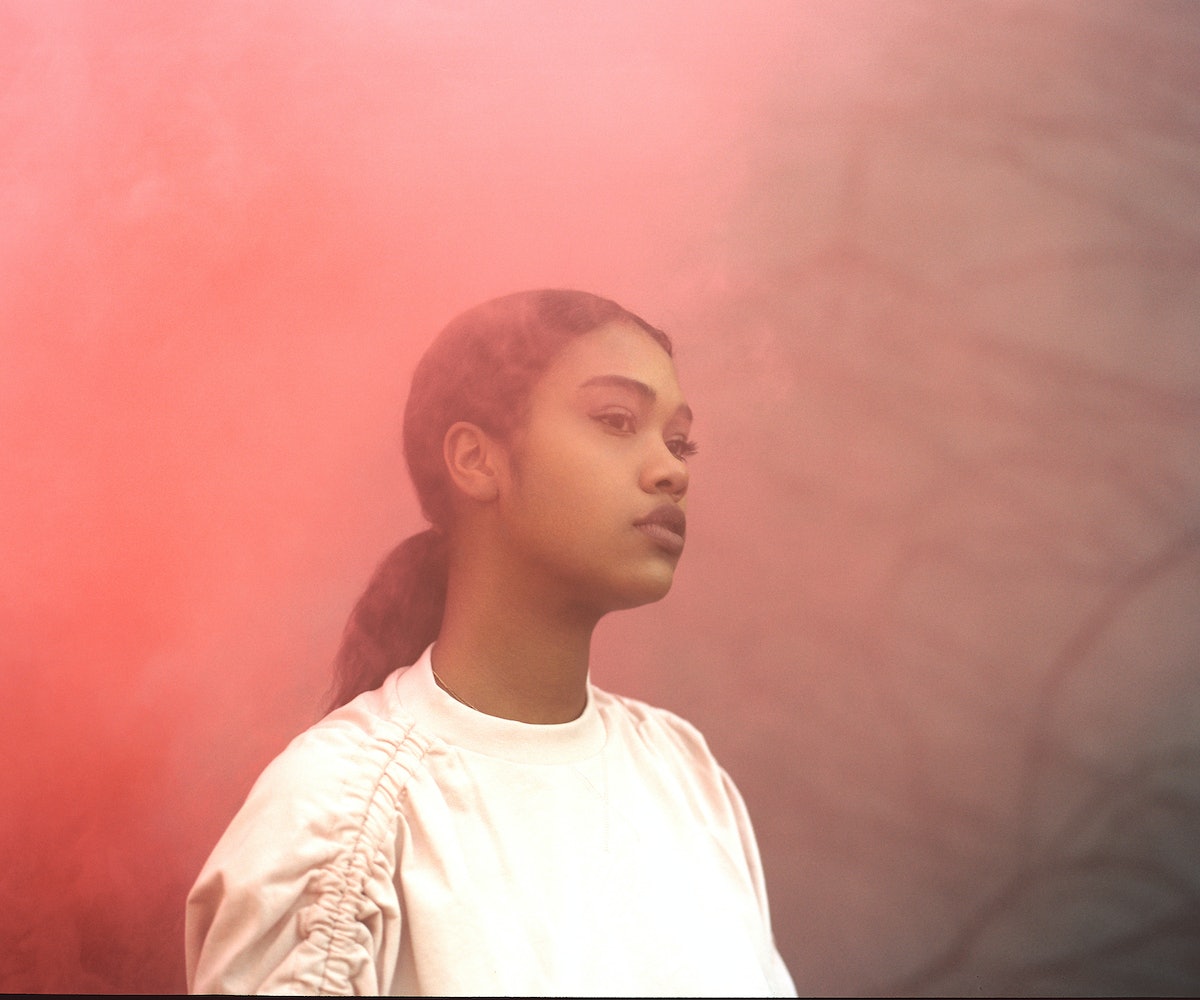 There are few people that can make something meaningful out of their grief, but artists have no other choice but to soak up their pain as a source of inspiration. Following the death of her mother almost four years ago, Amber Mark turned to music as a form of therapy. After giving herself enough time to process it all, Mark channeled the experience into her debut EP, 3:33am. The project is a rearrangement of the circle of grief in the order of how Mark personally dealt with a rollercoaster of emotions.

In comparison to more recent grief-driven albums like Sufjan Stevens' Carrie & Lowell, Mark's EP doesn't weigh down as heavy on your heart. Obviously, the spiritual songs on 3:33am are coming from a deeply personal place, but given that the New Yorker's sound is drizzled with R&B and soul, her music is more uplifting. There are also moments when the production borrows distinct elements from some of the places that she has had the honor of calling home, like India and Tennessee.

Mark invites the listener to cope with loss and in a way, she makes you feel a little bit sedated in your sadness and surrender to the problem at hand. Dance the pain away while listening to this nostalgic EP and let Mark take you through her mental process, below.

After my mother passed away, I really felt there were things that I hadn't said or things that I did say that I kind of regretted saying. We knew she was gonna pass away; they told us that there was nothing more that they could do, so we did have time to say goodbye. I'm very lucky we were able to do that, but it still kind of felt like there wasn't enough time to tell each other everything we needed to, which I think is a normal thing. So, I really wanted to write something that really kind of incorporated [that]. I like to write things that are a soundtrack to my life so if I am experiencing that moment, I want to portray what would be playing in the background. I wanted that to come out instrumentally, and then lyrically, I wrote about things that we had done in the past, that I'd said in the past, that we had argued about, and also things that I hadn't said. Having that mindset and regretting all of those things, it starts to put you in to this kind of dark place.

I became angry at my friends and family for little things. I bottled a lot of things up because I didn't really speak to anyone and I got to this point where I exploded on everyone and I was brutally honest with everyone... I guess I just didn't care about anything or anyone and was just very angry. In doing that, people kind of pushed themselves away from me, but it was mainly me forcing people out of my life. I just needed some space, not to quote myself, but that led to isolation.

“S P A C E” was written about a specific time. I was going to write a track about losing my mom, but [my family and I] all live in this apartment building together so people are in and out in the apartment. I need quiet when I'm recording because I don't want any noise in the background. I sent a group text to my whole family being like, "I'm recording now, nobody bother me!" and literally within three minutes my sister storms into my room talking about our cats and we got in to this huge argument. I was so frustrated after, I couldn't write about my mother or anything else. I just had to write about needing space from everyone. But thank you to my sister for being as annoying as you are because it made that song. She likes to remind me of that too.

"Journey Into the Unknown"

Sadness was the general feeling throughout all of this, which everything stemmed from. Anger stemmed from sadness, regret stemmed from sadness—it all stemmed from the loss. So when I wrote the interlude, this is another type of situation where it was like a soundtrack to my life. When I first titled it, I wrote it as "soundtrack to the process of dying" because my mother had slipped into a coma at that time and I wanted to write the soundtrack behind me walking to hospice and seeing her there and her not responding to me. There's vocals in it, but it's kind of humming, and then there's a little audio at the end of her talking.

I tried to generalize my track so that people can feel whatever emotion I'm trying to portray, but it doesn't have to specifically be about losing someone for them at least. But "Monsoon" I specifically made about my mom. I was going to say "her" in it, like "you" specifically, not just kind of generalize it, and it was gonna have her voice in it. I wanted to write about the times that we had experienced in the past and how it felt after she was gone and how we'd still be experiencing those things during traveling to India [and] to wherever she wanted to go. So I wrote about that, but I think the most exciting thing about that song was when I did put it out I felt like that was the one that everyone connected to the most.

After going through all of this, I had this epiphany like, "What if this whole 'afterlife' feeling is just instilled in our minds to make us fear death less, or fear losing someone less? [What if] they're still here? They haven't left, it's not like the lights just switched off." So, I went through this whole phase of that and not feeling like my mom was around me so I wanted to write something almost asking if she was still around. I had a lack of faith in a sense.

When you lose someone that's really important to you, I feel like it's something that never really goes away. It's almost learning how to live with an empty feeling, it's weird. Something's always missing, but you kind of get used to it.