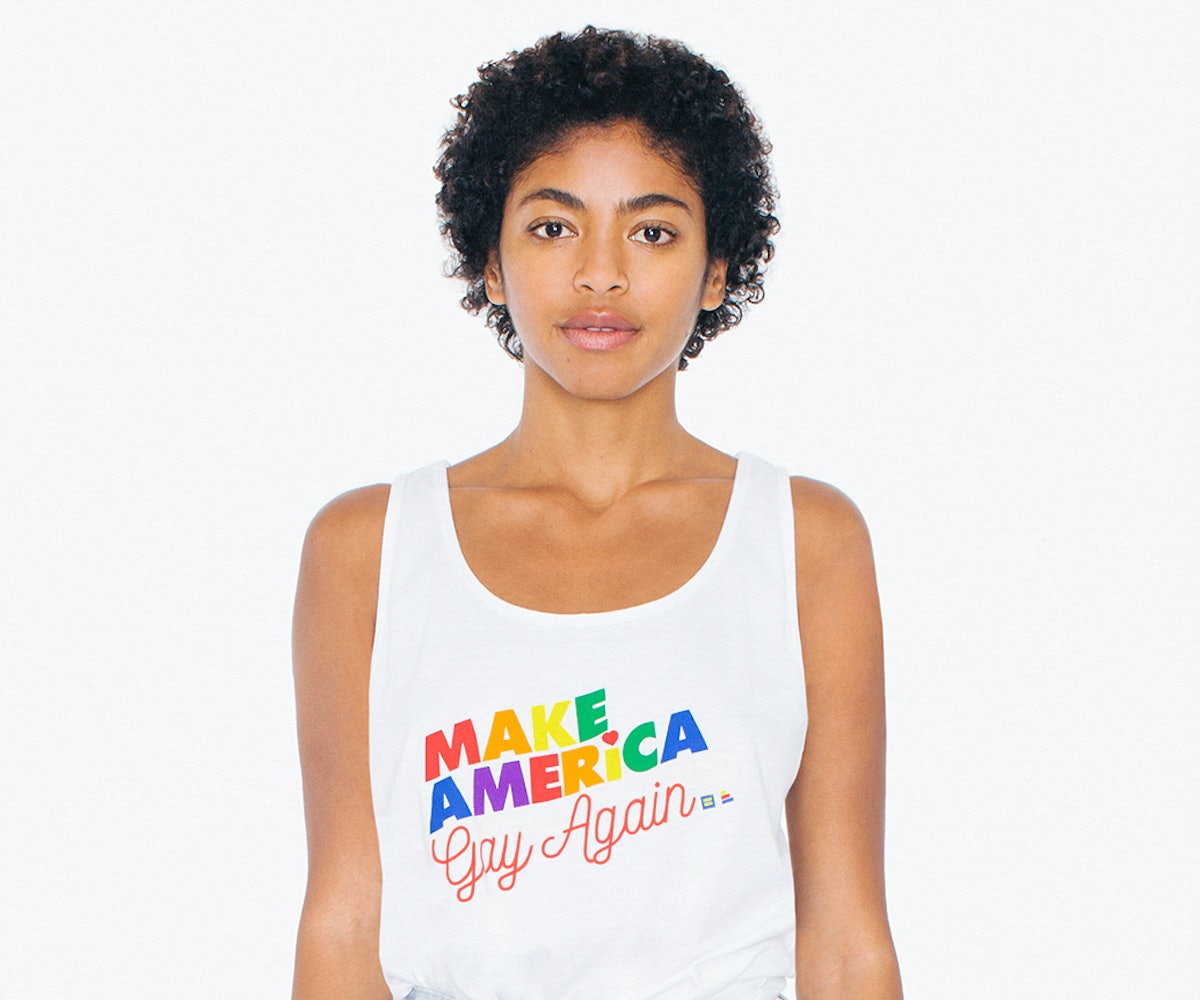 While Donald Trump's campaign continues to roll along with the slogan "Make America Great Again," American Apparel is going with an entirely different, and frankly much more great, approach: Make America Gay Again. The fashion retailer unveiled its latest Gay Pride campaign today in collaboration with the Human Rights Campaign and the Ally Coalition.

Instead of waxing on with xenophobic and ethnocentric sound bites similar to that of the current Republican presidential nominee, American Apparel's campaign aims to educate and increase tolerance of those in the LGBT community. In addition to the selection of apparel, they also launched a series of personal stories and videos, where those who identify as both LGBT and heterosexual talk about the importance of equality and acceptance. Thirty percent of the sales from the limited-edition collection will go to support the Equality Act and efforts to end discrimination.

The line features tees, tanks, and a tote, as well as a dad hat that has the same font as Trump's infamous cap. Last month, an "America Was Never Great" parody hat angered the internet after a photo of 22-year-old Krystal Lake wearing it at work went viral. Surely some Trump supporters will be angry about the campaign, but with so much love and positivity surrounding the collection, it can only be used to propel conversation about universal acceptance.