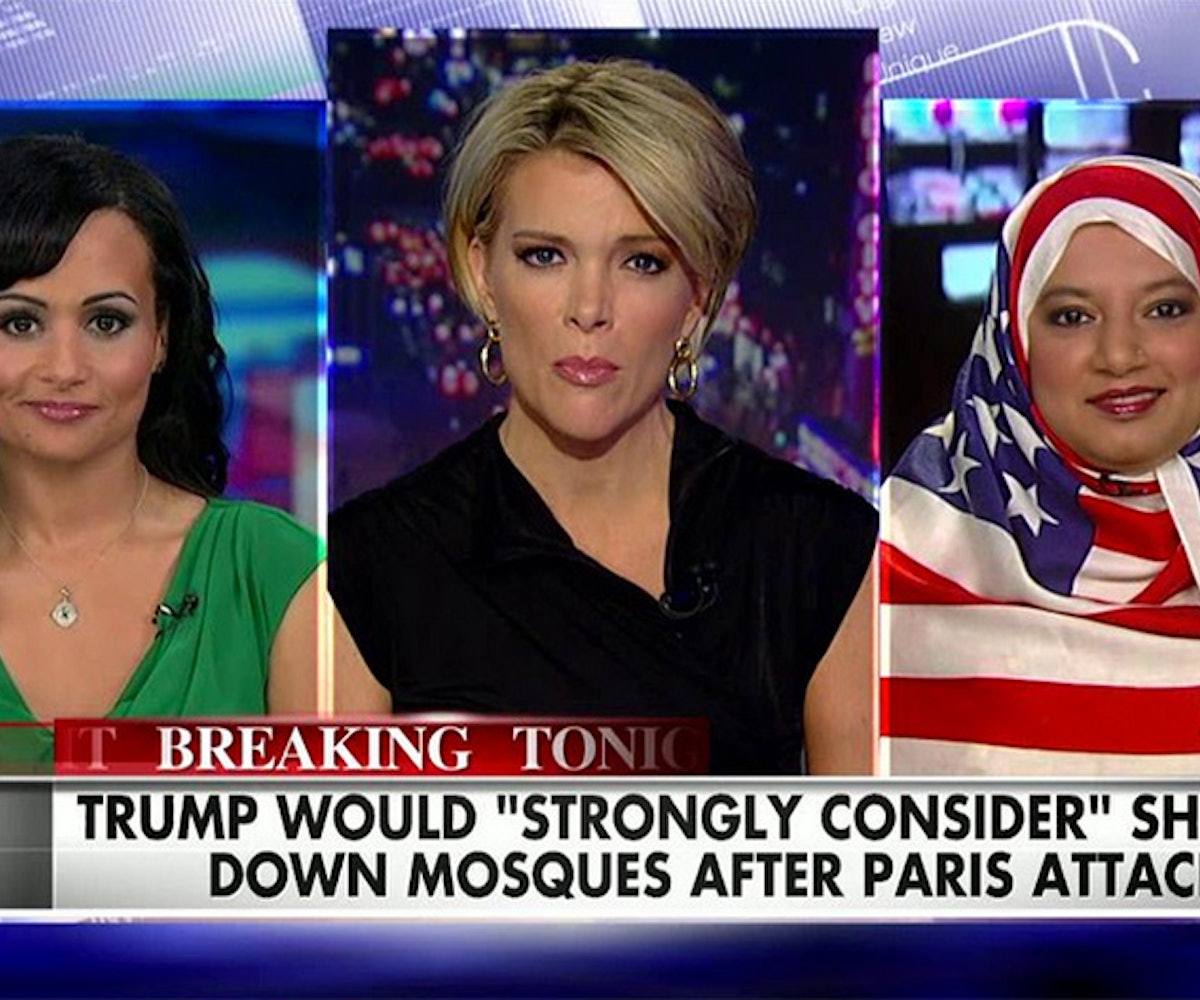 Most people that are invited as guests on FOX News programs use their words to make statements. Instead, Saba Ahmed used her hijab. As the president and founder of the Republican Muslim Coalition, Ahmed was featured on Megyn Kelly's segment to discuss Donald Trump's controversial comments on shutting down mosques. Katrina Pearson, a spokesperson for Trump's campaign, also joined the heated discussion. The whole world has been shaken by the terrorist attacks in Paris and anywhere else that has suffered at the hands of ISIS, but some people have been using these extremists as an excuse to project Islamophobia.

From the start, Pearson immediately goes off about how mosques are "hotbeds for political activity" and should be shut down if their founders are terrorists. When the conversation turns to Ahmed, she remains calm. “Megyn, we go to the mosque to pray. It's absolutely horrifying to hear that our constitutional rights of free exercise of religion are going to be challenged just because somebody thinks that there may be some attendees who may disagree with your views," said Ahmed. "The mosque has nothing to do with the terrorists."

Even when she wasn't actually speaking, Ahmed made her stance as a devout Muslim very clear, but she also showed that she was a proud U.S. citizen at the same time with her American flag-printed hijab. It's a pretty iconic moment in television, as she's used the most publicized forum we have in this country to express her views on the matter without vocally calling anyone out. If that's not the most subtle shade we've ever seen, we need to get our eyes checked.

Watch the debate go down, below.