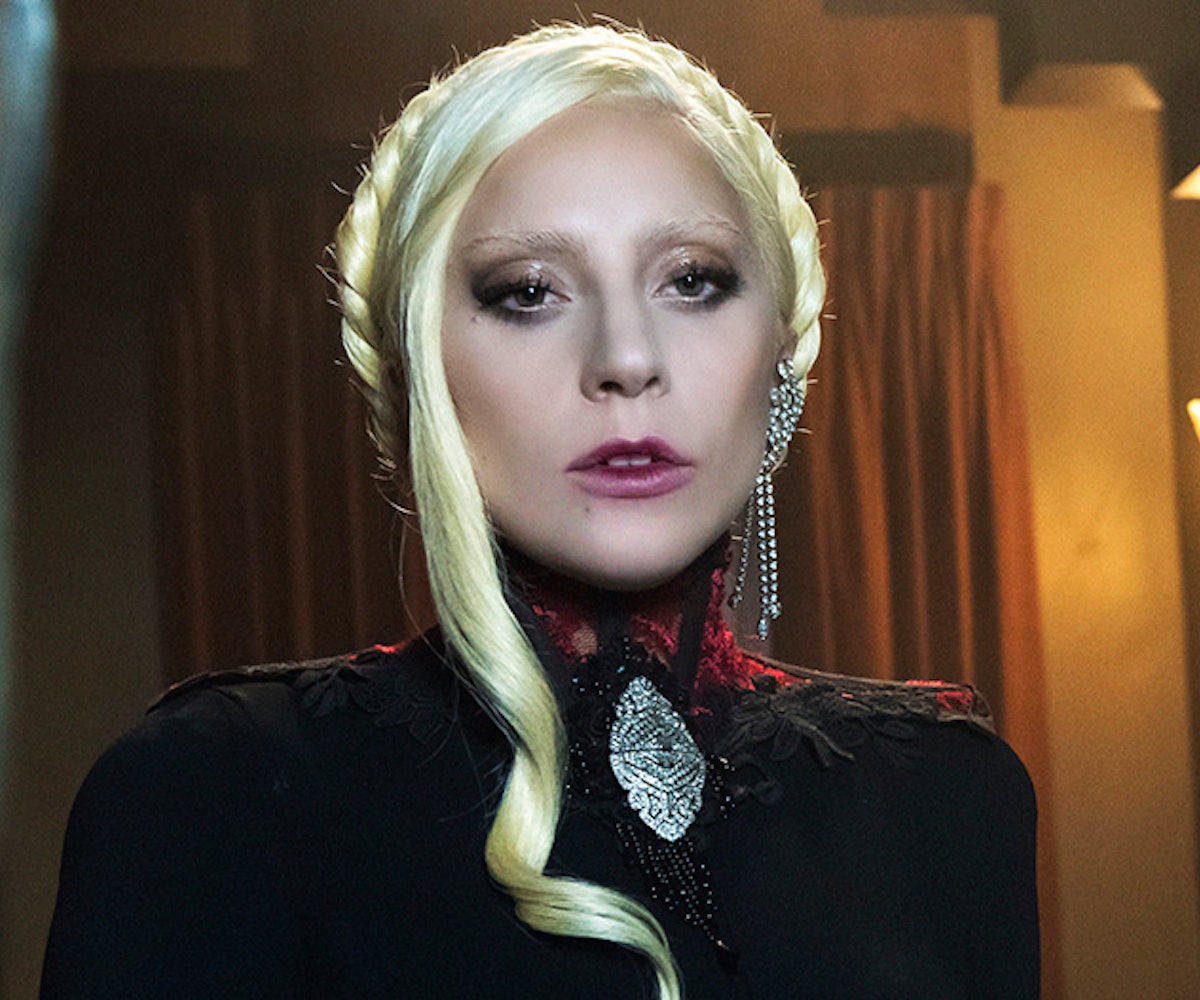 American Horror Story: Hotel wrapped a few weeks ago. Lady Gaga just won her first Golden Globe for her performance as The Countess in it. Now, instead of letting things settle, fans are already speculating what the next season is going to be about.

Us Weekly reported that a source close to the show claimed Ryan Murphy and company are developing a character inspired by the 2009 Internet myth Slender Man. Slender Man, if you don't know, is a tall, spindly, faceless creature that haunts his victims psychologically. In 2014, two pre-teens stabbed their friend nearly 20 times to “please” Slender Man. Though morbid, this kind of myth and its rabid following is ripe for AHS. It preys on conspiracy theory and the very real fears Internet hoaxes like Slender Man can bring on. (Who can forget those chain AIM messages about some child  with no eyes who would kill you if you didn't send the message on to 10 people? Terrifying.)

Unfortunately, the rumor is just that. E! News confirmed that the sixth season will not be about Slender Man. All will be revealed, including whether Lady Gaga will return, in March. One hint though: The plot has been teased throughout the American Horror Story anthology.

NEXT UP
Culture
Phoebe Dynevor Will Not Return for Bridgerton Season 3
Culture
Succession Season 4 Trailer Explodes With Family Drama
Culture
6 Shows To Binge Once You've Finished 'The White Lotus'
Entertainment
FLO Is Headlining Their First US Tour This Spring
Style + Culture, delivered straight to your inbox.