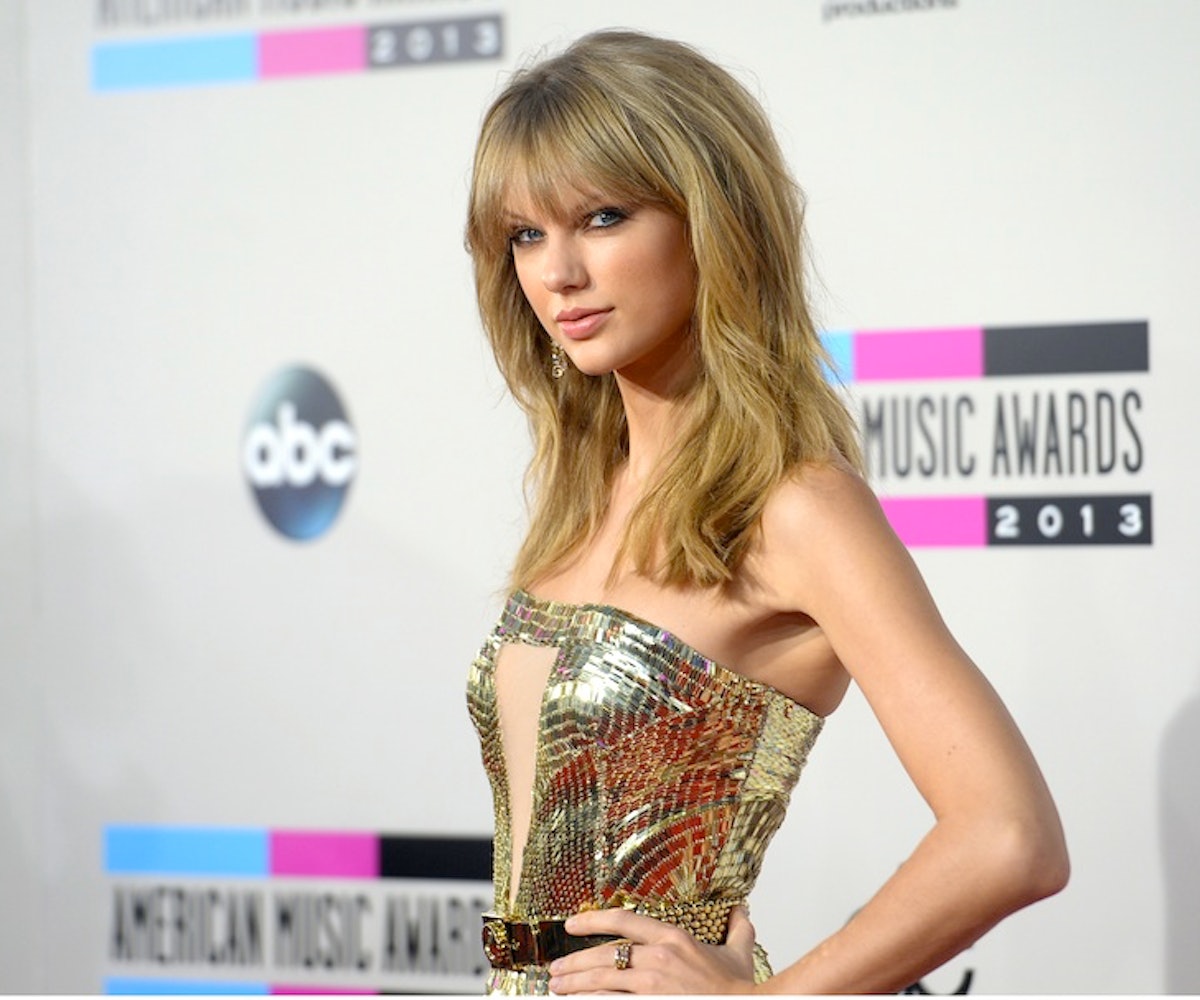 Quick--try and name an event where you can spot both My Little Pony hair and a white pony on the red carpet. It's hard, right? Unless of course you're talking about the American Music Awards, where tonight Lady Gaga casually strolled in on a "horse" (really comprised of humans in costume), wearing the same lavender Versace dress she modeled in the new campaign. Not bad for a Sunday...

Gaga's grand entrance wasn't the only highlight, either. It was complemented by Ke$ha's two-toned candy-colored hair, plus other faves like Taylor Swift and Emma Roberts glittering in metallics, Miley Cyrus in a sleek white pantsuit, and enough cut-out dresses to make you temporarily forget the frigid New York weather outside.

So who made the cut? Click through our Best Dressed picks below, and let us know who you think nailed it on Facebook!

Miley Cyrus in Versus Versace.