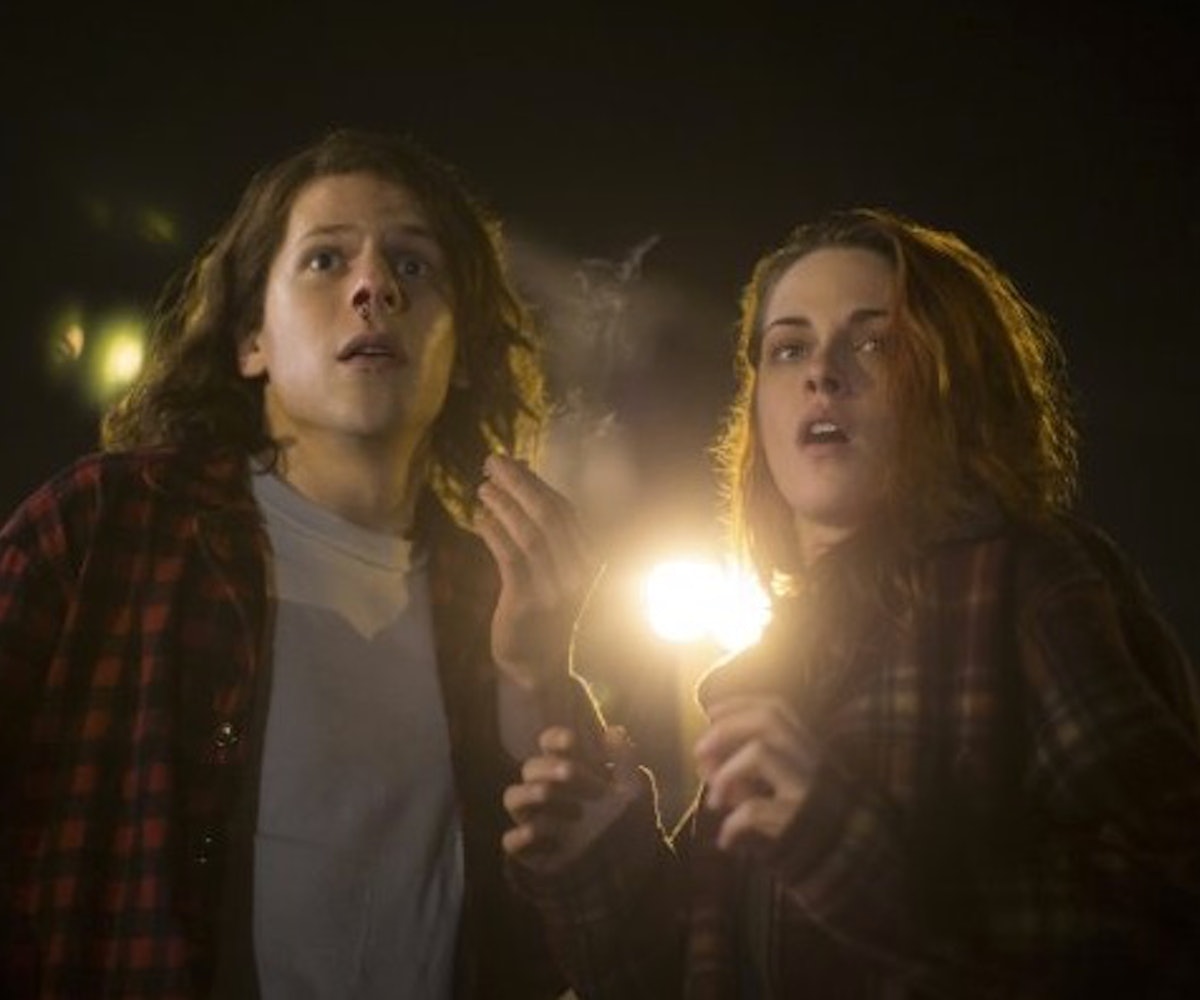 Jesse Eisenberg and Kristen Stewart's ultra-violent stoner romp, American Ultra, hits theaters this weekend. While most of the public hasn't had a chance to see it yet, the critics have spoken, and it turns out the majority of them weren't really down with the movie's blend of action mayhem, blitzed-out comedy, and genuine romance. The ones who didn't like it—and that's the majority—were turned off by the movie's dopey plot (pun intended) and its incredibly gory third act. But given that we find ourselves in the doldrums of summer, these last gasps before heady awards contenders descend upon theaters, American Ultra makes for a hyper-enteraining 90 minutes in the movie theater.

The movie follows Mike Howell (Eisenberg) and his girlfriend Phoebe, two small town burnouts who are happy as long as they have each other and there's a bong within arm's length. The movie's opening is both sweet and melancholy. Mike can't help but think that Phoebe is better than him and that he's somehow holding her back, and almost feels guilty for how much she loves him. Eisenberg and Stewart instantly tap into the away to the chemistry that made them so appealing in Adventureland, and you can't help but want bigger and better things for this couple, adrift in a haze of marijuana smoke.

Bigger, though not necessarily better, things happen when Mike is visited at the convenience store where he works by a mysterious woman (Connie Britton, typically great) who repeats some code words that, unbeknownst to him, transforms him into a genetically engineered killing machine. It happens just in time, because the CIA, led by a smarmy Topher Grace—who created Mike in one of those super-secret programs that only happen in the movies—is out to kill him. From here on in, American Ultra turns into the jacked up, bone-crunching free-for-all you knew it would if you happened to catch the trailer.

What the trailer doesn't get across is that American Ultra is at its heart a believable romance, anchored by its two perfectly cast leads. Kristen Stewart looks like she's actually having fun, and Jesse Eisenberg seems to relish playing an action hero who doesn't know why or how he's an action hero. And while all the slashing and shooting and neck-snapping is a riot to look at—especially when its being infliced by nerdy, anxious Jesse Eisenberg—it would mean squat if Eisenberg and Stewart didn't give you characters to care about and a relationship to believe in. You root for Phoebe and Mike to find some greater purpose amidst all the carnage and live happily ever after.