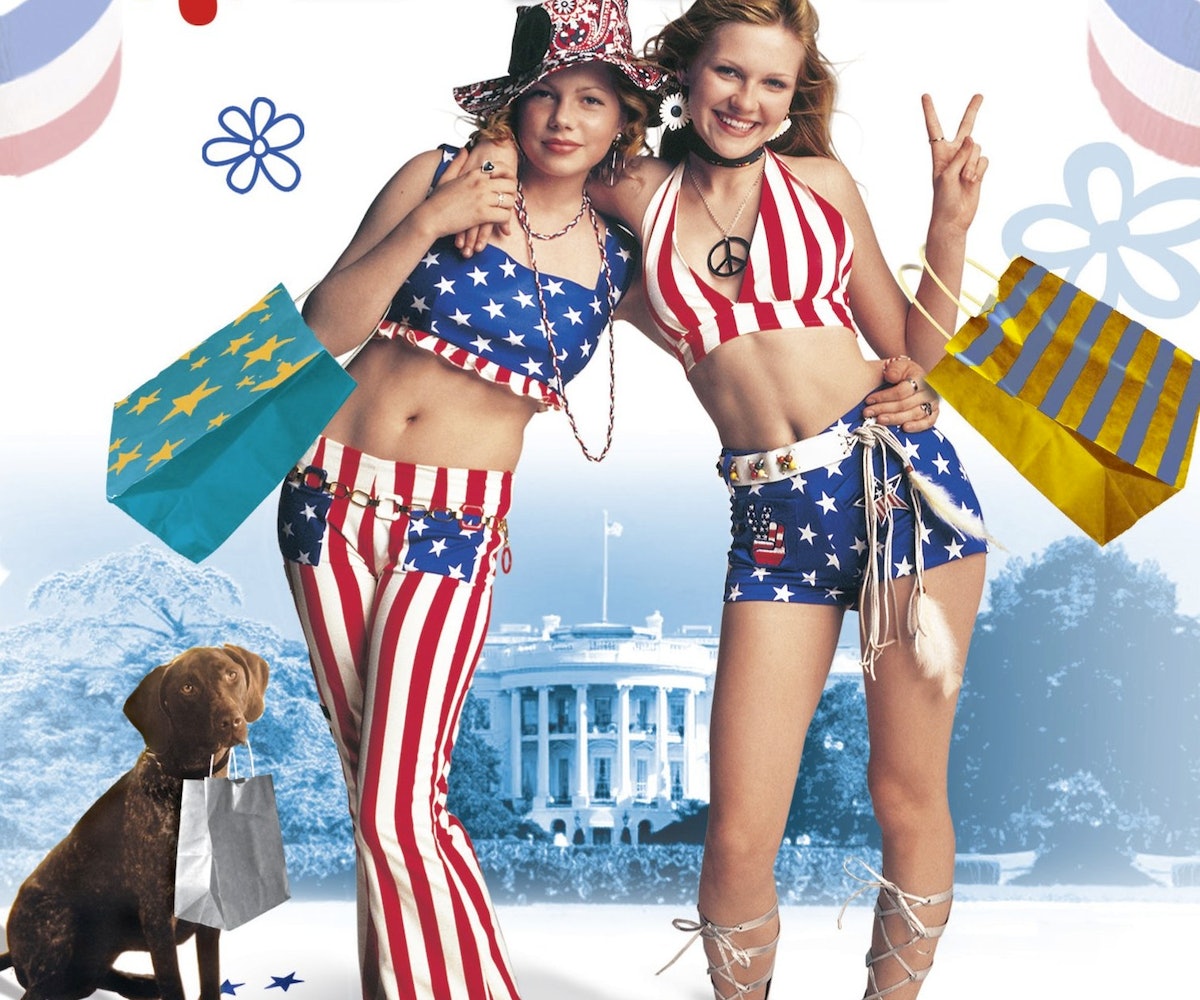 Happy November! This month marks the annual NYLON America issue--in other words, an entire edition packed with everything and everybody that's awesome about all 50 states. Not only does this give us an excuse to plan a really epic road trip (wanna come?), but it's an instant reason to watch the best American-themed movies.

But let's be real: it's impossible to categorize "Americana" and stick with some hard and fast rule. It's way more fun to round up our favorite stuff about growing up in America: traveling, Little Leagues, summer camps, small towns, and more. From The Little Rascals to True Grit, these flicks might be different, but one thing they share? They all deal with coming of age in the good ole' USA. Hey, if anything, they'll give you 20 rad options for your next night in.

On The Road-- Kristen Stewart plus Garrett Hedlund plus Jack Kerouac's iconic novel automatically make it a must-watch..right?

The Sandlot--Um, no explanation needed. "You're killing me, Smalls!" will live on forever.

Forrest Gump--Even if you've seen this movie 100 times, it's not enough. Tom Hanks' portrayal of the heart-wrenching protagonist just never gets old.

The Little Rascals--The cutest childhood gang ever (with the cutest mascot ever, obviously).

The Outsiders--We love the book by S. E. Hinton, and Francis Ford Coppola's 1983 drama doesn't disappoint either. The fact that it stars young Patrick Swayze, Rob Lowe, Matt Dillon and Tom Cruise is just the icing on an already-sweet cake.

Field of Dreams--The official American pastime (that would be baseball) takes form in this Kevin Costner classic.

Now and Then-- This film follows four small town best friends throughout one life-altering summer...how much more American can you get?

American Beauty--The 1999 drama deals with classic American themes, like physical appearance, the so-called "perfect" family, the struggles to blend in, and the dark side of the American dream.

Dazed and Confused--Richard Linklater's high-flying (get it?) take on the coming-of-age comedy.

Hoosiers--Following a small town basketball team and its underdog coach, this '80s movie is a sports flick with heart.

My Own Private Idaho-- Who doesn't want to watch a Gus Van Sant movie starring River Phoenix and Keanu Reeves?

The Breakfast Club--The weirdo, the brain, the princess, the jock, and the rebel meet in detention. I think we all know what happens next..