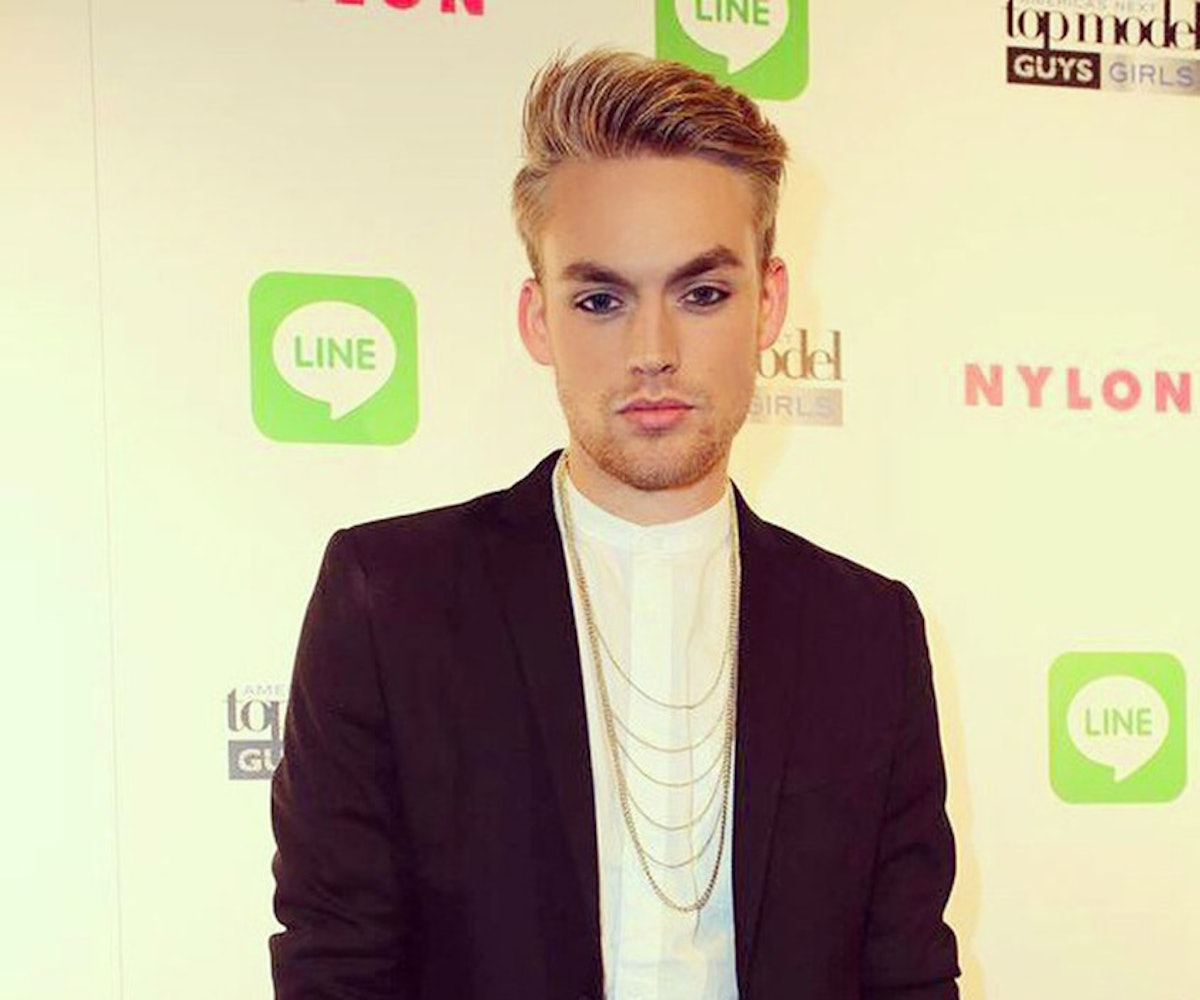 All I can say about Episode Two of America’s Next Top Model Cycle 21 is that it is not a walk in the park! With a recap of last week, narrowing it down to 22, you can tell that making the top 14 is no easy task and Miss J and Kelly Cutrone are not easy critics. If we want to make it into the next round, we have to bring everything we have. Who do you think has what it takes? Only 14 spots, so let’s find out!

Immediately after bowling for our fate, we ran to the hotel to relax and figure each other out.  Right away Ben starts making his showmance plans for the rest of the cycle! Do you think Ben even has a chance with Kari?!  Kari has looks to kill that would guarantee her any man she wanted, and I am not mad about it (help me out girlfriend!)!

But wait, does the Adam and Ben bromance give Ben more potential than his game with these ladies?

If any one of you have changed complete outfits in under one minute for a subway, please let me know because I need to learn! Right off the bat, each of the 22 contestants held nothing back in making it onto the first stop. By the hair on our chins, all 22 made it on the first stop. Even more pressure! I think that Raelia and Romeo killed it for our first stop, they definitely brought their A-game to the table with not only posing, but styling as well. I was living for the shot of Kari though. I don’t think anyone on that train could touch her natural beauty! With 22 contestants on the train, who was the one who brought the fierceness Tyra is looking for?

During stop number two, I can remember running around trying to find whatever would fit. I didn’t care if it was women’s or men’s, I knew I had to make it work, and let me tell you I definitely had only women’s clothing on. Wait, ​where’s Lenox? My girl Lenox didn’t make it? Shocked! Mirjana couldn't hang with the summer crew, she forgot an article of clothing. Oh snap! One less competitor for us to worry about. But at least she caught Matthew’s eye (wink-wink).

Fall! And then there were six. From 20 down to six, and yes, I was one of those eliminated this round. If you were as tall as I am you definitely would have been scrounging for any article of clothing to fit your big toe! You win some, ​you lose some and for some of us… you stay bitter about it.

Who else thinks Ben looks like a precious school boy from the 1920s begging for money on the side of the road? Key word: Precious!

“Now or Never Time” as Kari would have called it! Ding! And the doors close and only two remain; Danny and Matthew. I think that Matthew brought the fire to this ice-cold winter look. I don’t know about you, but if I was locked up tight in a blizzard he would definitely be the snuggle buddy I’d latch onto.

If this is how every challenge for Cycle 21 is going to be… I need to get it together! It may have looked like an easy task, but multiply that times 10 and that gives you the level of difficulty this challenge was for all of us. Having Danny and Matthew in the final two made me think, “Who would I pick?” So, I ask you, who would you pick to win this subway challenge? Would you have agreed with Franco and chosen Matthew, or taken a risk on the comeback kid Danny? Leave your comments below!

Romeo and Danny just can’t seem to settle their differences! After a long day of subway madness, it feels like the drama will never end! Let me tell you that this scene in Episode Two came with an obscene amount of bickering back and forth and you only get to see half of it! Sparks were flying, Mirjana was taking sides (Shots Fired), and if I’m being honest… I was totally team Danny…Oops!

Wait a hot minute, honey, did I just hear that I was strong competition from these ladies? You know that’s right! They aren’t ready for what I am about to bring to the competition.

Who doesn’t love a nice s’more on the beach on a winter day? Only on Top Model would there be a photo shoot right after the calm. Welcome Yu Tsai! Do any of you remember Yu Tsai from last cycle? He did not play with Jourdan or Marvin. Having him for this cycle made me even more nervous for what was about to come. Only 14 spots left, and this is the final stand we get to make to get into the Top Model house!

Is that a little spark between Matthew and Mirjana I see?  I wonder if that has any potential (again, I say wink-wink).

One-by-one we got our chance to show what we had in the first Top Model photoshoot of the cycle; some rose to the challenge and some didn’t. Chantelle has that “it” factor that it takes to be a model on top and watching her on the beach was a true inspiration for all of us who got to witness. She has shown to be the one to watch out for this cycle! First impressions are everything, Matthew, and I don’t know if you gave the best one with the genius photographer Yu Tsai. Ivy is starting to stand out and for a good reason: She may be timid behind the scenes but put her on-set and she reaches a new level of supreme.

Kari and Keith were definitely swooning during this photoshoot, but he also made it known they were swooning behind the scenes too. After one week, we already had a love connection forming! Is it too early? I don’t think so (more winks).

Oh Adam, you scare me. I was around Adam while he was getting ready for a photoshoot and I was trying to call the ambulance out of concern for his safety. Trained dancer? You bet I am, Yu Tsai. I am working those angles and giving you every ounce of movement I can. With all 22 contestants finished with their individual shoot, I have my personal favorites--do you?!

How hot is the group photoshoot? And yes Denzel, I will definitely be buying you a drink (WINK!).

What a whirlwind of competition so far. I can see some fan favorites already and some who have a lot to prove! Who do you think has what it takes to make it into the top 14 and compete for the title of America’s Next Top Model?

So blessed to have been awarded “second,” and let me just say you could have cut the tension on that roof with a knife.

Welcome to the top 14 Chantelle, Keith, Mirjana, Shei, Kari, Raelia, Matthew, Ben, Romeo, Adam, Lenox, Ivy, and last but not least Denzel! I think it’s time to pick some favorites America! Who do you think has what it takes to be America’s Next Top Model?

But first, a living art runway show with only party string covering our bodies! Who is excited for that madness?

Be sure to tune in Next Monday August 25 at 10PM (EST) to see who will be the first eliminated from the competition.

Oh, and don’t forget to follow me, Will, on Instagram and LINE for even more behind the scenes footage from Cycle 21. Also, be sure to check back next Tuesday right here on NYLON.com for another recap as we watch the Cycle unfold from yours truly.

This Cycle is turning out to be one for the books.