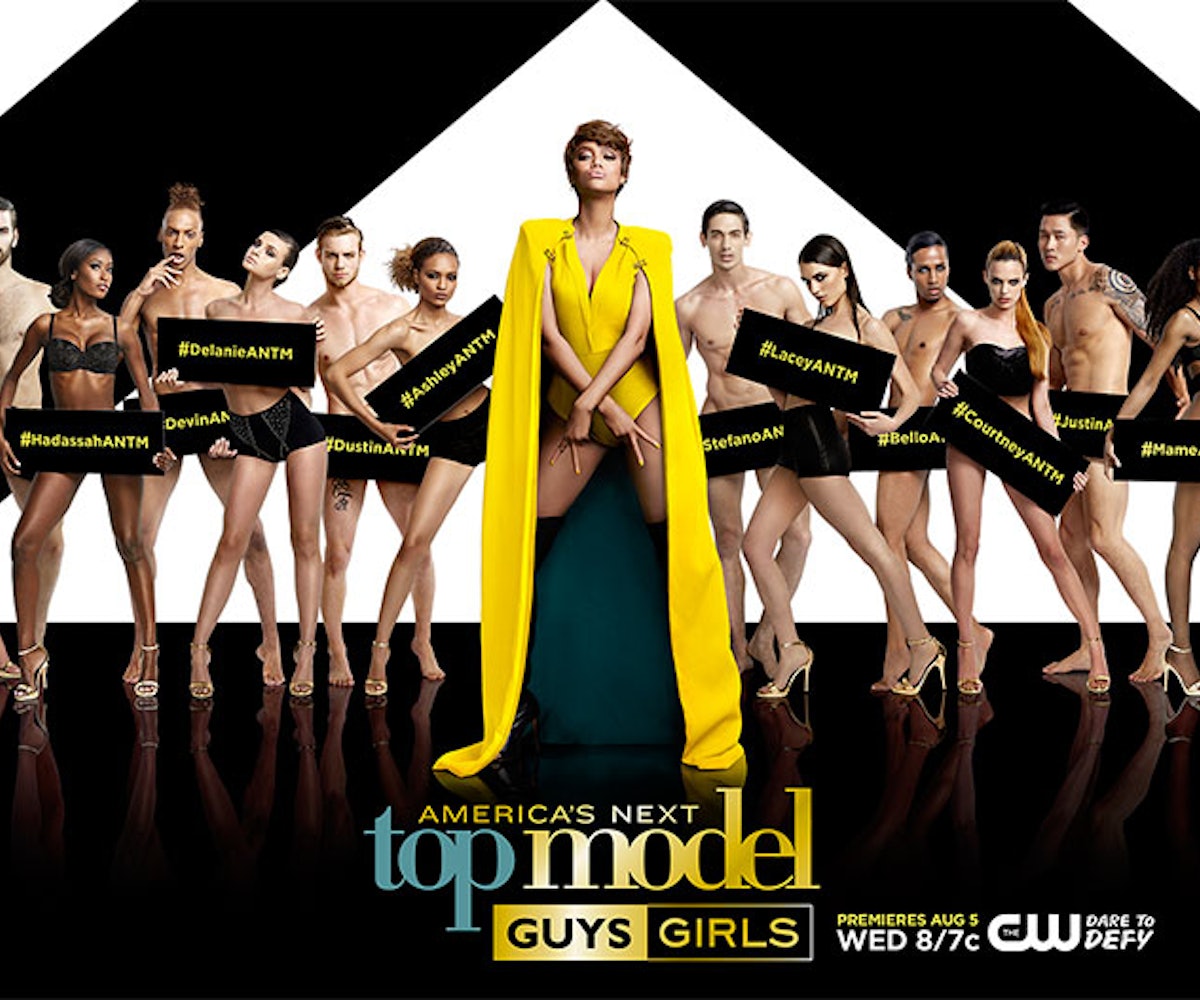 It’s another battle of the sexes this year on America’s Next Top Model. Cycle 22 of the smash-hit reality show is slated to pin the girls against the boys, all in the name of being on top. (If you didn’t read that in the intro song’s voice, you’re doing it all wrong.)

Seven women and seven men will shack up together and pose, #werk, and serve. Tyra Banks returns as a panel judge alongside Miss J and Kelly Cutrone. Yu Tsai, the esteemed photographer, will play photo shoot creative consultant. The 14 contestants (who we are all rooting for) will compete for a “career-launching prize package” that includes gigs inside NYLON (woot!) and Next Management; along with Zappos Couture and cash money. Chrissy Teigen’s slated to make an appearance, as well.

Folks will stop getting polite and start getting real—erm, fierce—August 5 at 8 p.m EST on The CW.

NEXT UP
Life
Gen Alpha’s It Girls Are Cute & Ready To Rule
Nylon Nights
Post NYFW, Chanel Gathers All the Girls for Annual 'Through Her Lens' Lunch
Entertainment
Who Will Rihanna Bring To The Super Bowl?
Entertainment
The Meaning Behind Paramore's Disillusioned Anthem, "This Is Why"