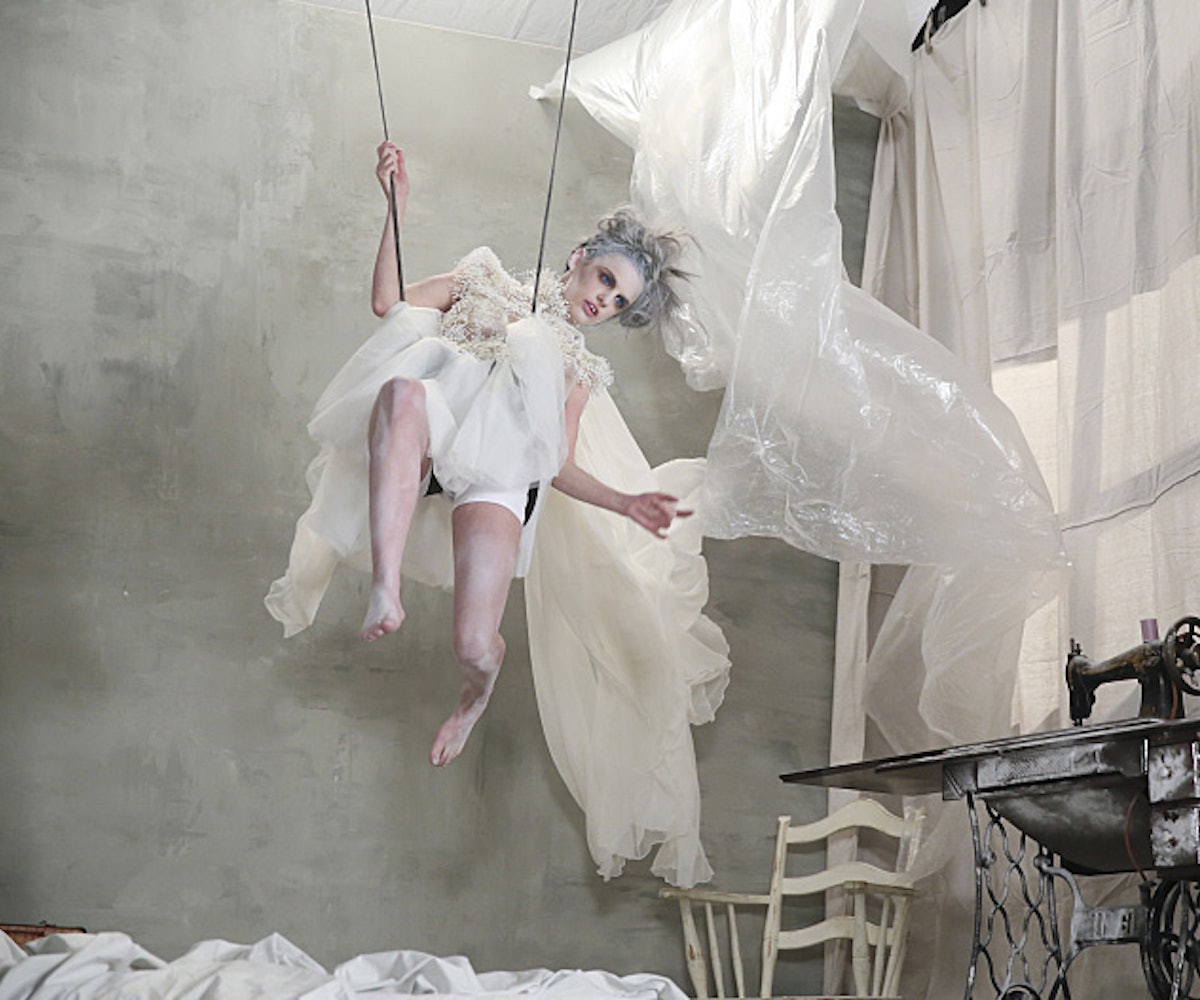 Well, this was an interesting week. I think we're all starting to realize it isn't easy living with so many different personalities; whether you’re trying to cuddle up or go to the bathroom, someone is going to have a problem with it. Mame and Hadassah have had tension since day one; it's only natural seeing as they're both from the pageant world. (I heard that it’s very competitive.) I will say, though, that when there are 12 people living in a house and we only have access to two bathrooms, you gotta go when you gotta go!

Alright, that's enough of the bathroom drama. Onto another cool challenge!

This week, we got to work with the best once again (a.k.a., Kelly Cutrone) and Whitney Lee Thompson, the winner from Cycle 10. It was cool to work with Whitney because she's someone who has been in the same position as us models. On top of all that, we were also working with one of Kelly's personal clients, Simply Be. This was a good opportunity for us to show Kelly we could really deliver good photos for her.

For the challenge, I was paired up with Mame and Bello. Working with Mame is always cool and easy. I'm not shy and neither is she, so it's not awkward to get close if we have to. And Kelly wanted sexy, so that's what I gave her! She also wanted Mame and I to kiss. Even though I hated to do that to my bro, Justin, I would have done backflips naked if Kelly wanted me to. So kissing Mame wasn't the hardest thing to do.

We killed it, but fell short to Nyle and Justin. Thankfully, Kelly was really feeling our shoot, so I was confident about a good challenge score.

Now about that exorcism! Having watched The Exorcist as a kid, I never would have thought that one day I'd be doing a photo shoot portraying one! It was definitely something very different, and I was excited about capturing something I've never done before.

Hanging from a harness upside down, and moving and spinning at the same time, while trying to keep my emotions and facial expressions in check wasn't easy. It definitely wasn't my strongest photo shoot, but I still managed to get a photo to keep me here.

Next week is looking like another intense episode! Tune in next Wednesday at 8/7c on The CW.