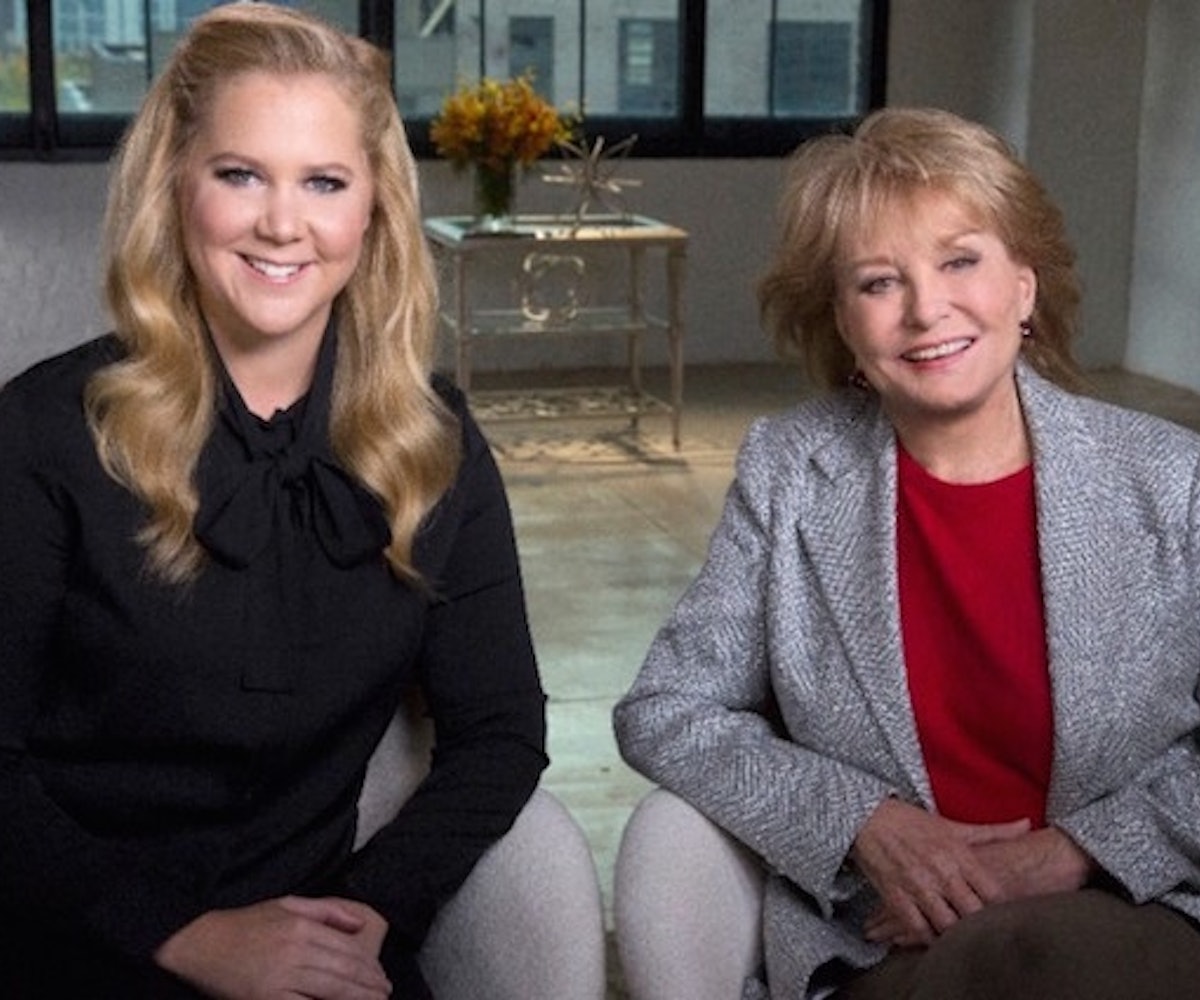 Amy Schumer—who just real-talked her way to becoming not only a superstar, but one of the most important Americans of 2015—sat down with Barbara Walters for the journalist’s annual 10 Most Interesting People of The Year show. Luckily for the world, things got wonderfully cringey.

According to the New York Post’s Page Six, Walters asked Schumer if she ever fakes orgasms, which is sort of a lame question, but also a bit fair given a scene in Trainwreck (you know the one). Schumer, flipped the question back on the 86-year-old, asking, “Have you ever faked it?” “I’m not gonna tell you,” Walters answered, “because I have this image of myself as being dignified and so on.” Ooof.

You don’t have to read too far between the lines there to see a level of disrespect and absurdity on Walters’ part, even if it’s pretty clear that she does have affection and admiration for Schumer. But, really, what gives with this?

The comic answered back, “I think I’m dignified, I just did a press conference on gun control.” Nice.

For our part, we put the pair at about even standing when it comes to dignity. To that point, Walters told Bradley Cooper on the exact same show, “I could just sit and stare at you, but that would take too much time… But I, I find you very screwable.” So there’s that.