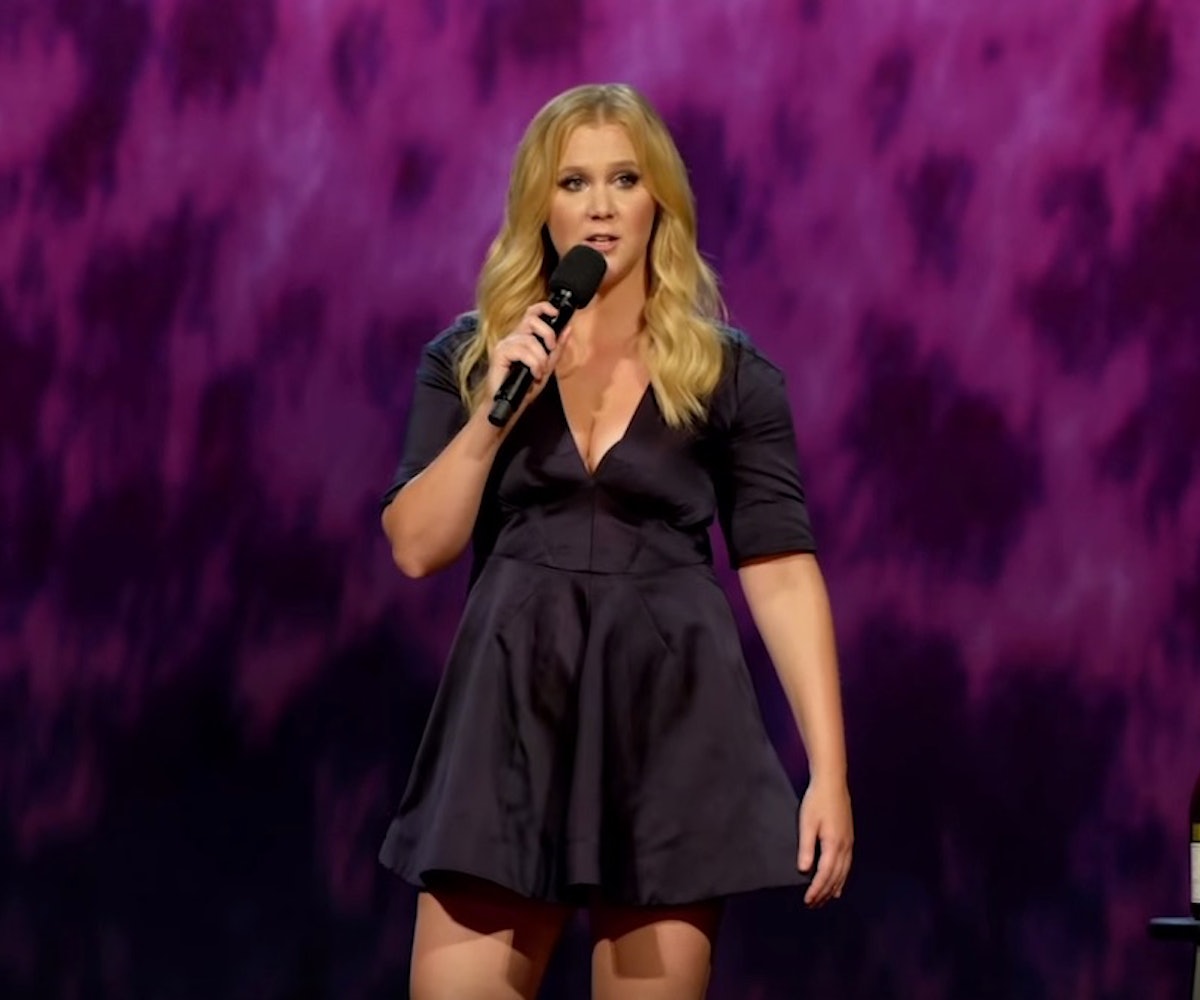 The Year of Amy Schumer continues this weekend, when her Chris Rock-directed HBO special finally premieres on October 17. Schumer's star exploded this season, thanks to the twin success of Trainwreck and Inside Amy Schumer, but Amy Schumer: Live at the Apollo finds the comedian firmly in her element, on stage with nothing but a microphone and a bottle of wine.

Some clips from the special have begun to surface online, and they're vintage Schumer, as she riffs on beauty standards, Hollywood, and dating. Here she is talking about how ridiculously hot everyone in L.A. is—even the guy cleaning bathrooms at the pizza place.

And finally, Refinery29 premiered a clip that sees Schumer dissecting the absurd effect hot people can have, especially on dudes.

Amy Schumer shares what it's REALLY like talking to hot people Posted by Refinery29 on Wednesday, October 14, 2015