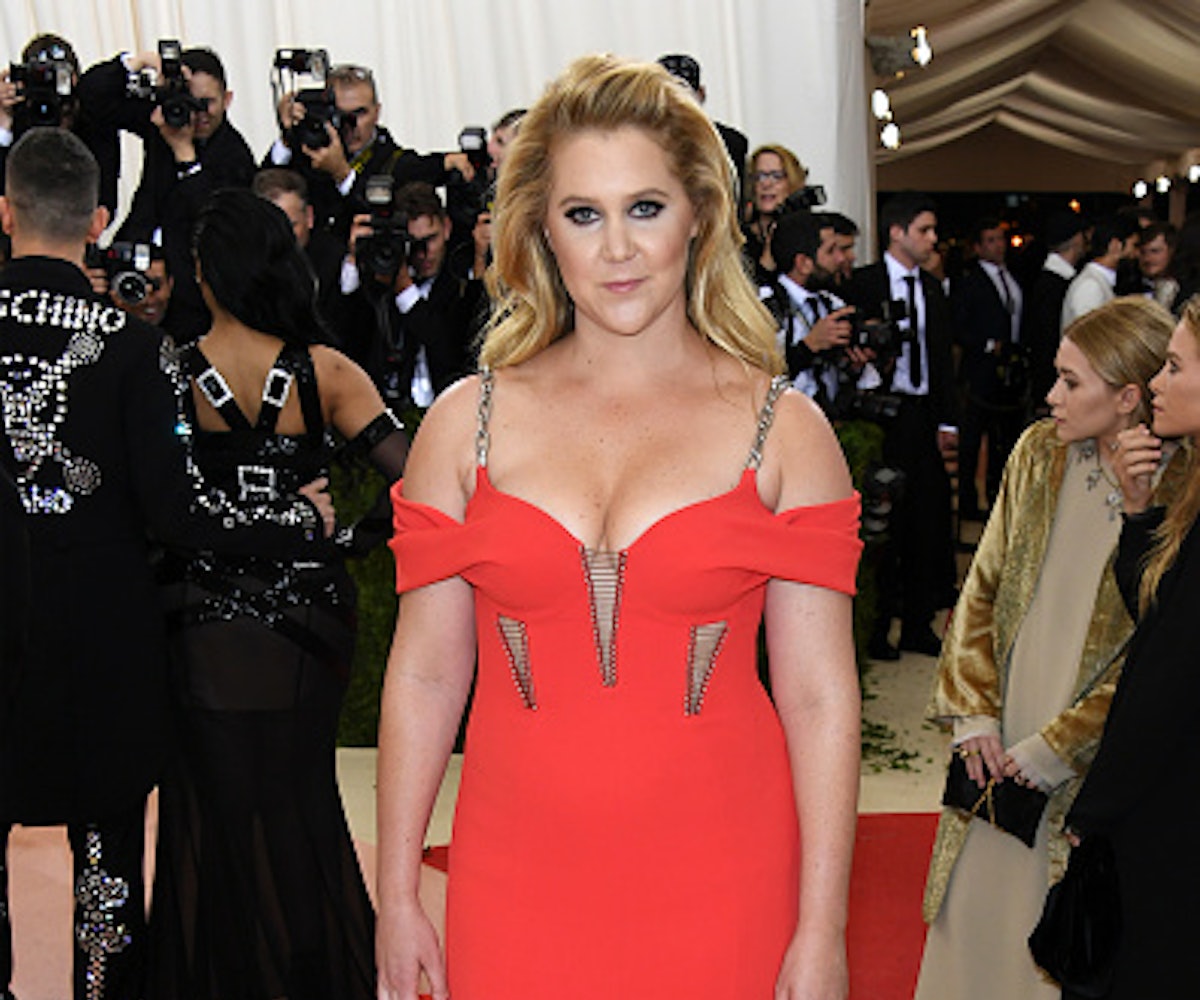 The Met Gala is undoubtedly one of the biggest nights in fashion, attracting celebrities from both coasts. For comedian Amy Schumer, though, it's also just another night, and a boring one at best. In a recent interview on The Howard Stern Show, Schumer voiced her opinion on the gala, flatly stating that she doesn't like it.

“It’s people doing an impression of having a conversation. I don’t like the farce," she said. “We’re dressed up like a bunch of fucking assholes... I have no interest in fashion. I don't care."

Schumer admitted that even after meeting Beyoncé for the first time, she still wasn't all that impressed. Apparently, when Queen Bey asked if this was her first Met Gala, Schumer replied, "‘It’s my last.’"

Schumer isn't the only celebrity that is over the Met Gala. In the past, Tina Fey and Gwyneth Paltrow have expressed their discontent with the whole spectacle, corroborating Schumer's view that it's boring, pretentious, and way too hyped. (Neither has attended the event since declaring their disapproval.)

NEXT UP
Fashion
Klarna’s New Trend Report Shows Our 2022 Shopping Habits Were More Rebellious
The Art Issue 2022
The Most Interesting Fashion Designers Right Now? Artists.
Culture
An Exhaustive Breakdown Of The Balenciaga Controversy
Culture
Mowalola Teams Up With Bratz For A Daring, High Fashion Collection