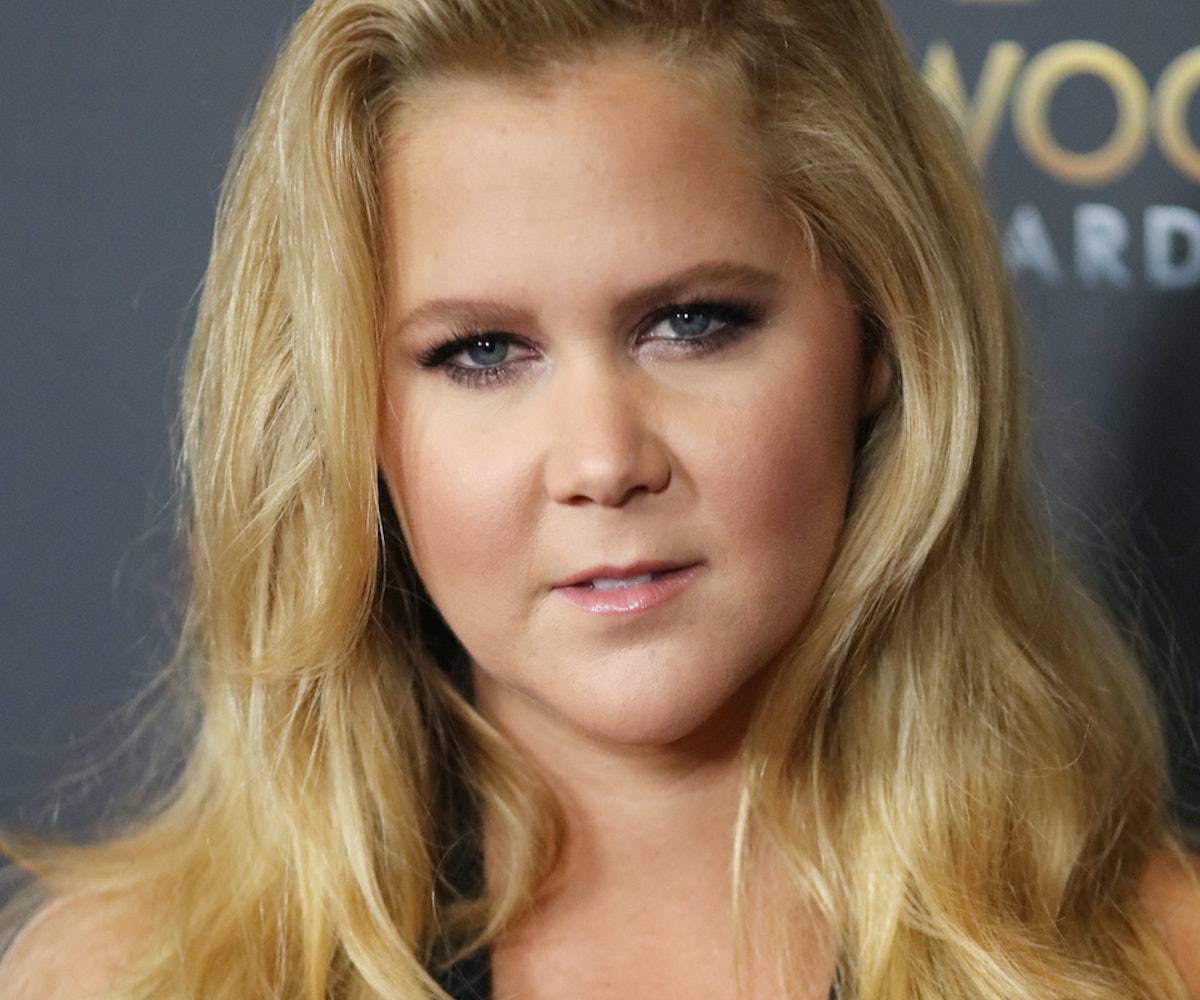 The past few years have thankfully seen huge progressions in the representation and inclusion of different body types, races, sexuality, and genders in media and entertainment. So when Glamour decided to feature women like Ashley Graham, Melissa McCarthy, and Adele, it seemed like a great idea. Not only because they're all dominating and innovating their respective spheres, but also because they are visible figures for young people to look up to and realize, Hey, it doesn't matter how I look—all that matters is that I'm opening minds, challenging myself, and becoming the best version of myself. The publication decided to package up their profiles and features into a special "plus-size" bonus issue in conjunction with retailer Lane Bryant. Amy Schumer, however, was not happy to find herself in the issue.

Earlier today, the comedian posted an Instagram calling out Glamour for featuring her in the issue. "I think there's nothing wrong with being plus size. Beautiful healthy women," she wrote. "Plus size is considered size 16 in America. I go between a size 6 and an 8. @glamourmag put me in their plus size only issue without asking or letting me know and it doesn't feel right to me. Young girls seeing my body type thinking that is plus size? What are your thoughts? Mine are not cool glamour not glamourous."

While the fact that labeling people as being "plus size" is an issue in and of itself—on one hand, it's great to proudly declare that you love your size; on the other, by setting labels, it inherently enacts some sort of hierarchical system—the problem in question here is that a woman who is somewhere between a size 6 and 8 is being seen as someone who is a size 12 and above. While it shouldn't matter what size you are, the reality that a society that seems to praise excessively thin figures is seeing people who aren't extremely slender as being out of the norm perpetuates unrealistic body expectations.

Those who saw Schumer's Instagram (and her corresponding tweet) reacted with mixed feelings, and interesting topics of discussion. One brought criticism that there was a separate plus-size edition in the first place. Carrie Brownstein wrote, "I find 'special editions' problematic in general, or, at least, specious, in that they frame the content as 'other.'" Similarly, Jamie Feldman, creator of Real Girl Project, wrote, "Its first mistake was putting out a separate plus-size issue in the first place. If the goal is inclusivity, shouldn't everyone be featured in the same mag? Seems super contradictory."

Others, like the brilliant writer of Bad Feminist, Roxane Gay, took offense to Schumer's reaction. In a series of tweets, Gay wrote, "Lord knows there is nothing worse than being called plus size in a national magazine. And some of her best friends are plus sized... You aren't plus sized but your vehement reaction to being labeled as such is pretty insulting... As if you can't imagine anything worse. Well. That is telling." While Gay is totally entitled to her opinion, Schumer isn't saying that it's not a good thing to be plus size. She is saying that we shouldn't be calling someone who is not technically plus size as such.

In response, Glamour told Huffington Post, "First off, we love Amy, and our readers do too—which is why we featured her on the cover of Glamour last year. The cover line on this special edition—which is aimed at women size 12 and up—simply says 'Women Who Inspire Us,' since we believe her passionate and vocal message of body positivity IS inspiring, as is the message of the many other women, of all sizes, featured. The edition did not describe her as plus-size. We are sorry if we offended her in any way."

The bottom line is that we all need to think about how we segment people into different categories, and how it can be damaging to do so. Also, if a you're placing your interview subjects into a package, you should probably let them know what they will be a part of it, especially if it is identity-based content.