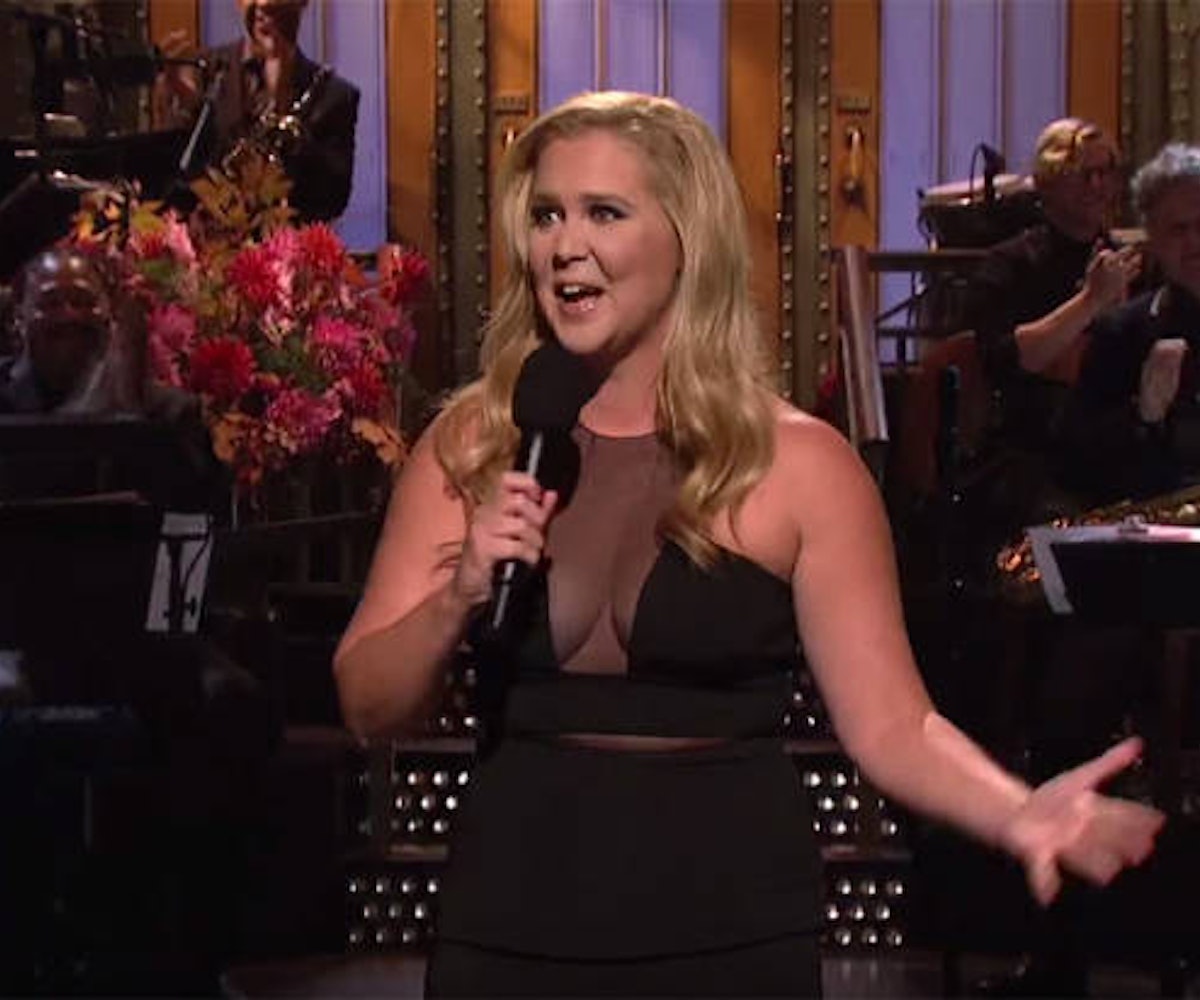 "Is that a great message for little girls? A whole family who take the faces they were born with as a light suggestion,” Schumer asked, her blowtorch aimed squarely at the Kardashians. “And we used to have Khloé. Khloé was ours, right? But then Khloé...she lost half her body weight; she lost a Kendall. And we have nothing.”

Watch the hilarious bit in its entirety below.