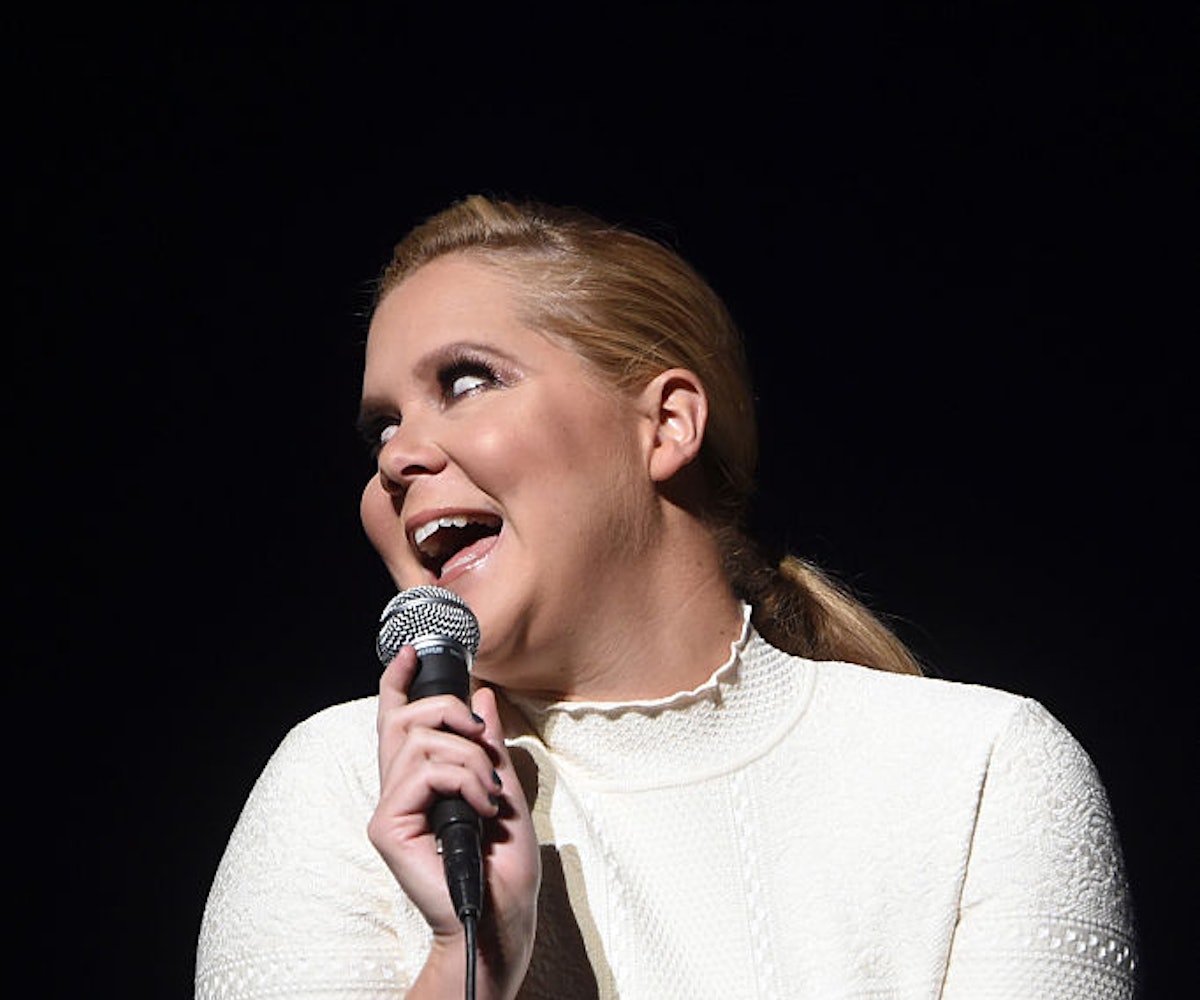 Lately, it seems like Amy Schumer can't even take a week off from offending someone on the internet. In the last few months, the comedian has upset everyone from Trump supporters to feminists to, well, okay—she's pretty much upset literally everyone at one point or another. The latest thing to set people off was Schumer's ill-advised reenactment of Beyoncé's "Formation" video, in which Schumer—along with Goldie Hawn, Wanda Sykes, and Joan Cusack (sidenote: what even is this world we're living in??) among others—danced and lip-synched while taking a break from the movie they're shooting together.

Almost immediately, Schumer's video, which was originally exclusively available on Beyoncé's husband Jay Z's Tidal music service, set off a firestorm, with many people accusing Schumer of not only excluding black women from the narrative of "Formation," but also from that of feminism in general.

These points are valid; Schumer has a history of utilizing demeaning stereotypes about minorities in her comedy act, and white feminism has a history of discounting the importance of minorities and their contributions in the feminist record. But rather than address these sentiments in an appropriate manner, conducive to dialogue, Schumer posted a photo of herself in her underwear on Instagram.

This photo seemed like it might be the last word on the matter. And while it would have been a pretty unsatisfactory last word, at least it would've been over. But because nothing ever seems to come to a neat conclusion in this hellscape otherwise known as the year 2016, Schumer decided to write an open letter on Medium last night, addressing her critics and issuing the very definition of a non-apology.

In this classic "sorry not sorry," which Schumer helpfully titled "Information about My Formation," the comedian explained that the video was "NEVER a parody," and reassured readers that Bey and Jay loved it, which is why they agreed to exclusively release it on Tidal. She praises Beyoncé profusely and promises that "if you watched it and it made you feel anything other than good, please know that was not my intention." Which is kind of another way of saying, "I'm sorry if I hurt your feelings," which is another way of saying, "Sorry you're so sensitive." Which, I think we can all agree, is the worst type of apology ever.

But it's really the final paragraph which shows Schumer's self-righteousness about the whole episode. In it, she writes:

You have every right to feel however you feel about the video and me but I want you to know I’m not going anywhere. Use whatever hashtag you like. My mission is to continue to work as hard as I can to empower women and make them laugh and feel better and I won’t let anything stop me.

Which, look: Obviously, Schumer can do anything she likes and nobody can stop her. But her ongoing refusal to acknowledge legitimate criticism as anything other than a personal attack or some kind of social media-based bullying is disappointing. I understand that celebrities are surrounded by yes-men, but there should really be someone around Schumer who can help her see that there are, in fact, some things that should stop you from doing whatever you want, because, sometimes, particularly when you're a white woman already in a position of power, what is "empowering" to you is actually disenfranchising to others.

Or, at the very least, Schumer should get a better publicist.