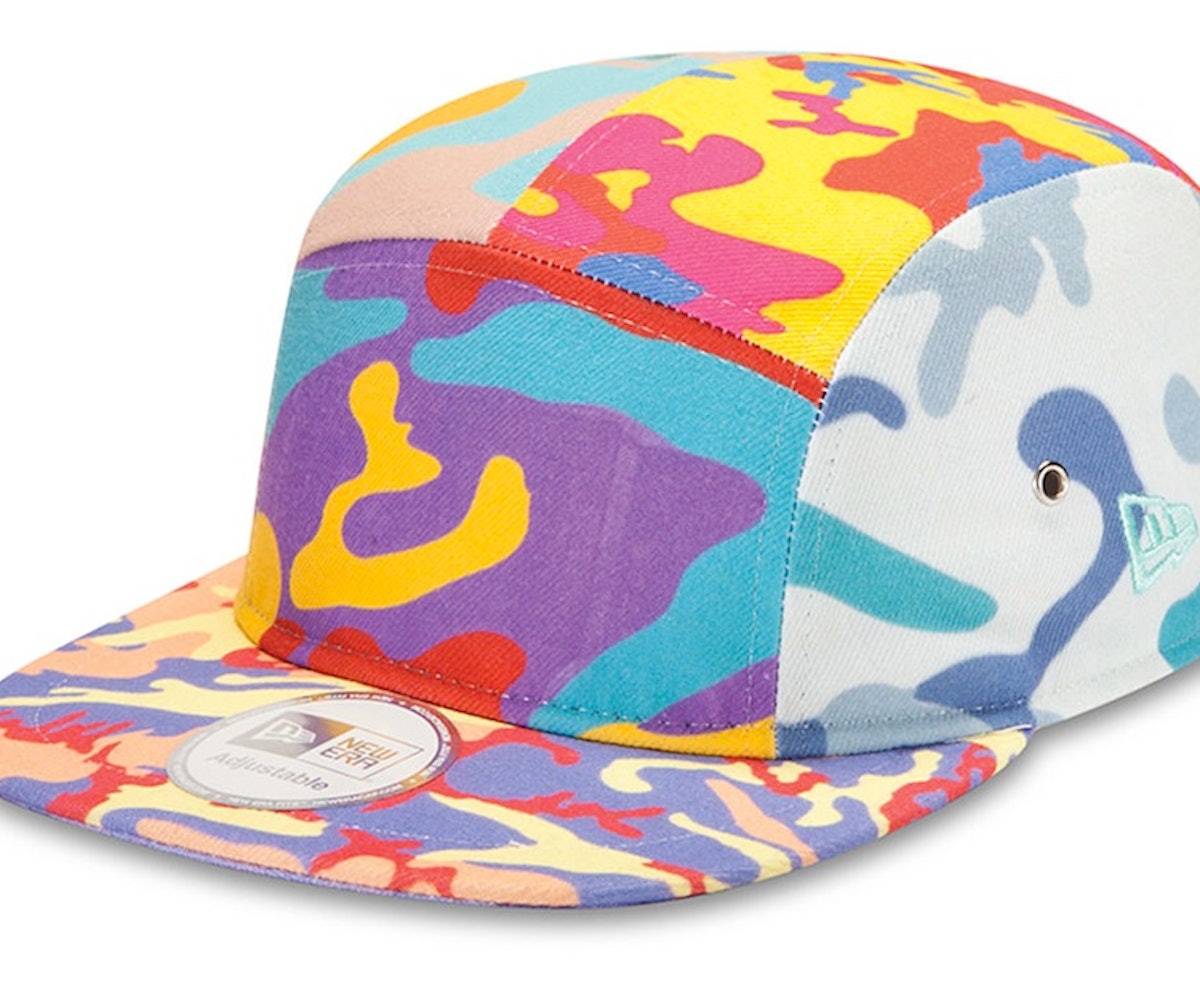 We've already seen Andy Warhol's colorful designs stamped across Perrier water bottles, Nars makeup, and surf boards. But that's not all. Technically the late American pop artist could also outfit our entire wardrobes in his creations, as Levi's, Commes de Garcons, and YSL have all done prior collaborations. And although it seems Warhol has made his mark on just about everything, now his work is branching out into uncharted territory. Yep, we're talking about snapbacks.

He may not have rocked the trend himself back in the '80s — that would have been amazing— but we have a feeling he'd like New Era's latest selection of caps. This week the brand debuted the Andy Warhol Collection, eight different hats inspired by his signature bold aesthetic. Each of the 59fiftys serves up a different twist on a rainbow camo color palette, with splashy lettering and hidden graphics under the visor ("This photograph not for sale").

We know that wearing Warhol-influenced snapbacks isn't quite the same as splurging on a gallery original, but at least you can wear this version to basketball games and art openings alike. Plus, each one rings in at a wallet-friendly $45... unfortunately, we can't say the same for that Marilyn print.