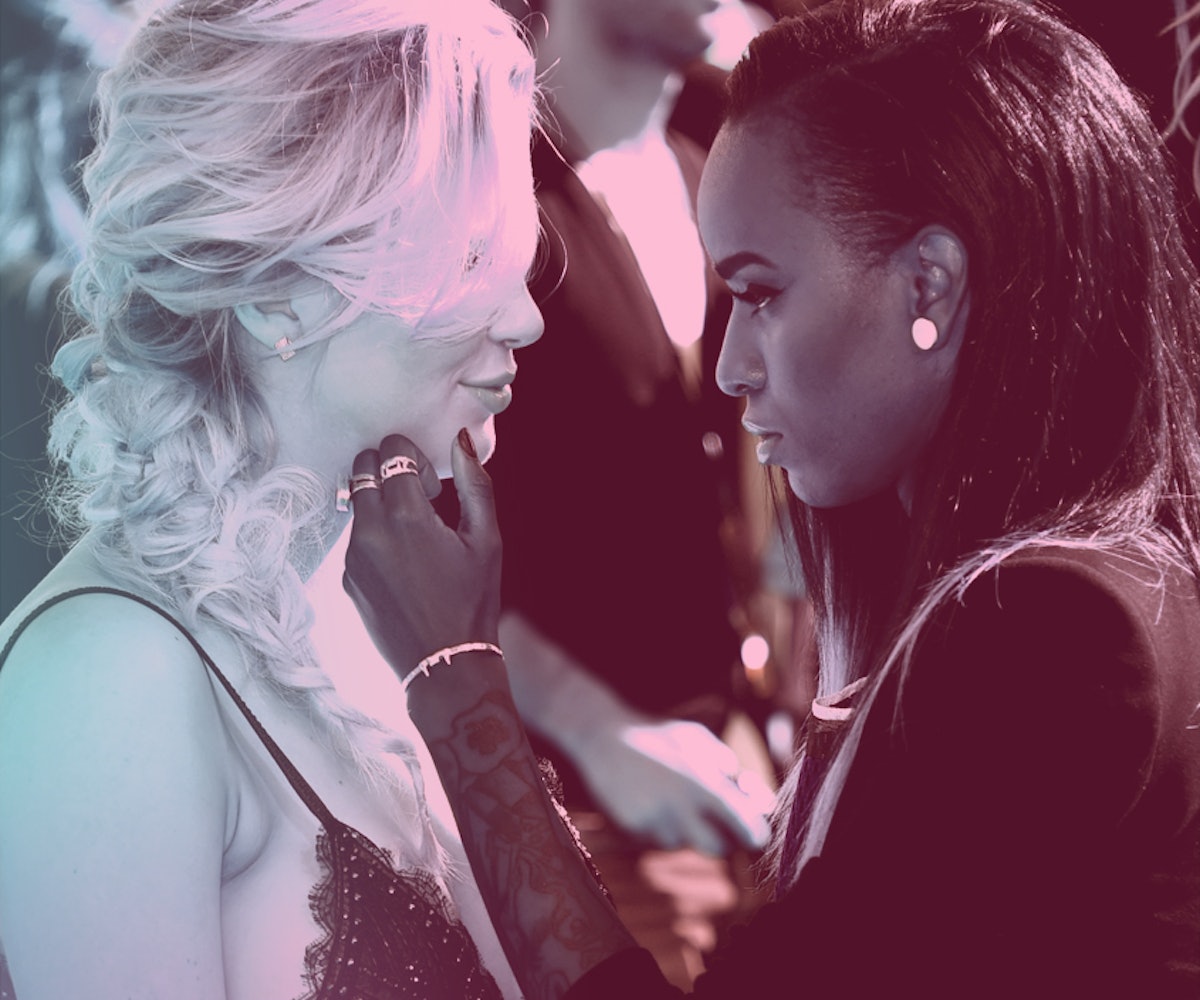 Don't look at Angel Haze's Twitter unless you want to feel like crying: Barely a day after releasing a way-too-cute song about her relationship with Ireland Baldwin, her Tweets got heavy. Like, really heavy.

As Autostraddle pointed out, the first tweet in this super-sad, heartbreaking series has since been deleted. It read, "lol at my life break up with someone immediately after u put out a love song about them. looool gonna go cry forever." This statement, aside from being the ultimate "lolcry," pretty much confirms it—but the fact that it was deleted gave us pause. Maybe they got back together shortly thereafter? Young love does tend to be tumultuous.

However, Haze quickly returned to the internet to tweet her heart out:

Ireland, for her part, has kept quiet on social media (not hard to do considering her Instagram has vanished). Breaking up right before Valentine's Day definitely sucks, but maybe the fact that Haze is dropping a highly anticipated album this weekend might cheer her up. It'll at least be something to do other than scrolling through old Instragram photos.