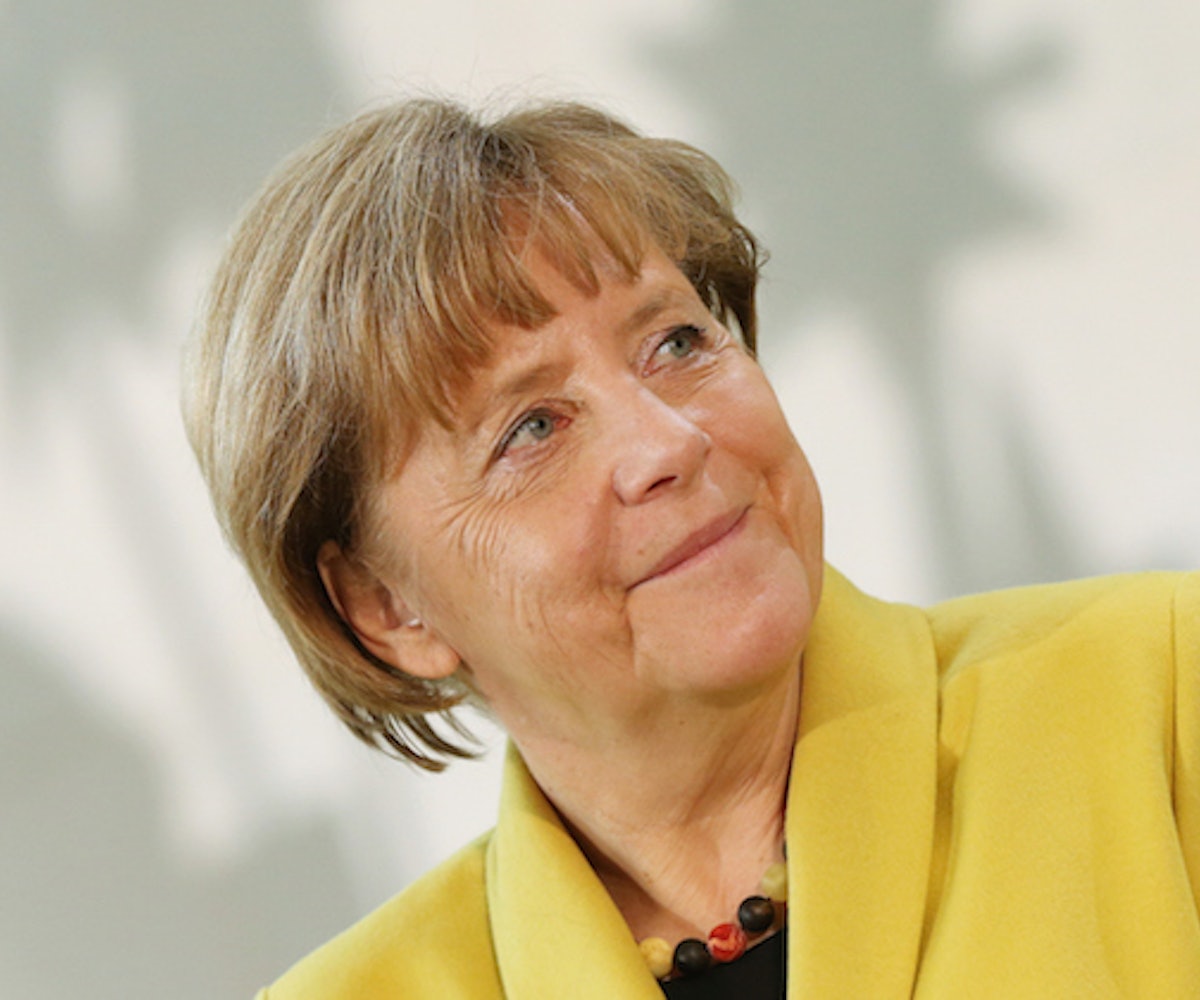 Yes, while the magazine has selected multi-gendered groups of people in the very recent past, been it’s been 29 long years since TIME’s vaunted Person of The Year honor went to a specific woman—pretty galling, if you think about it. This morning, however, that changed as the publication announced that German Chancellor Angela Merkel would break that almost three-decade cold streak. Take a look at the rather impressionistic cover featuring the politician, below.

It’s an interesting choice for TIME, given what’s happening in both America and the world at large. For certain, Merkel is changing the way everyone performs politics, economics, and international relations in Europe, the Western World, and across the globe. For her record of being a master of “soft power,” the strong center of Europe’s response to the Greek debt meltdown, the most vocal supporter of Syrian refugees among world leaders, arguably the most powerful woman on Earth, and more, she is a more than worthy selection, despite her various faults.

And yet, as Donald Trump, Bernie Sanders, and other American politicians crowd our newsfeeds, it’s an unexpected—if welcome—selection. In the U.S., Merkel rarely takes the broadcast-news cycle or dominates local Twitter trends. Certainly, TIME’s runners-up, which include #BlackLivesMatter protestors, Caitlyn Jenner, ISIS Leader Abu Bakr al-Baghdadi, and, of course, Trump, did that throughout 2015. They would have been easy, expected choices.

However, in selecting Merkel, as opposed to the many others on its shortlist, TIME has done a smart, though perhaps unpopular, thing—reminded us that the changes happening in the world go beyond ISIS, Syria, the GOP candidate crash derby, and whatever the hell Donald Trump just said. In that—and the fact that after so many years and so many changes to the sexual power dynamic in Western culture, TIME has finally, finally gone with a woman—we dig this hard.

Of course, some people aren’t so happy about the pick.