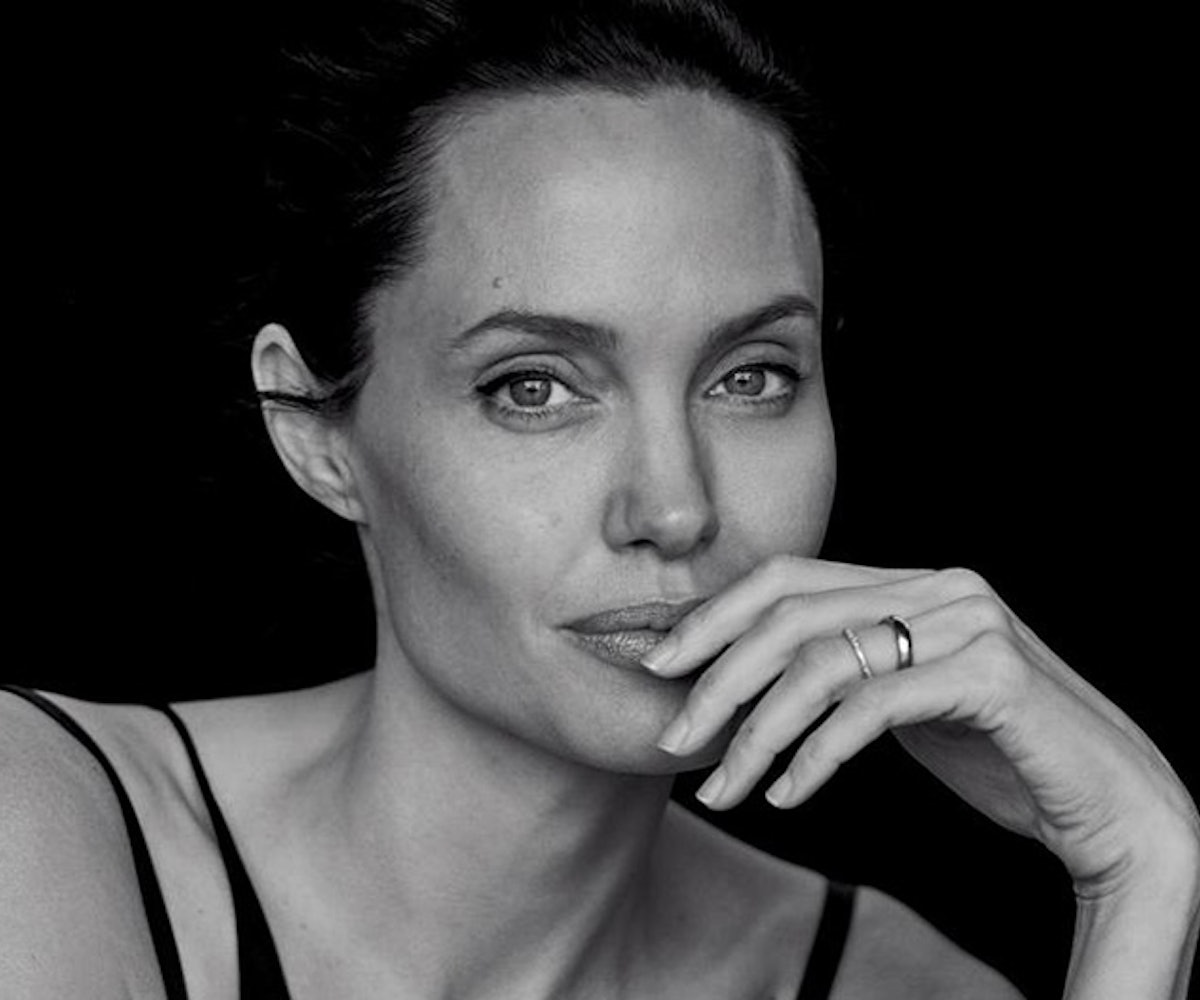 Over the past few years, Angelina Jolie Pitt has moved more behind the camera than in front of it. According to her husband Brad Pitt, she might not have “ever really enjoyed acting.” It’s through directing that she’s found a balance and joy and is looking forward to doing more.

Jolie Pitt covers The Wall Street Journal’s 2015 Innovator Awards Issue as its Entertainment Innovator. In a revealing profile by Julia Reed, she muses on parenthood, married life, and dodging the Hollywood vultures. (“I don’t mind,” she says of the tabloids. “I mean, I think you just have to look at whether or not you can still be effective with what you want to do. And if anything gets in the way of that, then you have a problem. But I don’t.”) Her future behind the camera is what her eyes are set on. Pitt says, “With writing and directing she has discovered her own joy within it.” Last year’s Unbroken was an awards season contender, and this month’s marital drama By The Sea—which she wrote, directed, and starred in with her husband—looks like it’ll be the same.

Next, Jolie Pitt is headed to Cambodia with the entire family to shoot the Netflix film, First They Killed My Father. There, she and her adopted son Maddox, a native of Cambodia, will research the culture. (“It’s important that the whole family understands all that it means to him and to us.”)

The wide-ranging interview is long, but well worth the read. Jolie Pitt comes off as a stunningly genuine individual whose reached a point in her life that one could argue is contentment. Read the entire profile here.