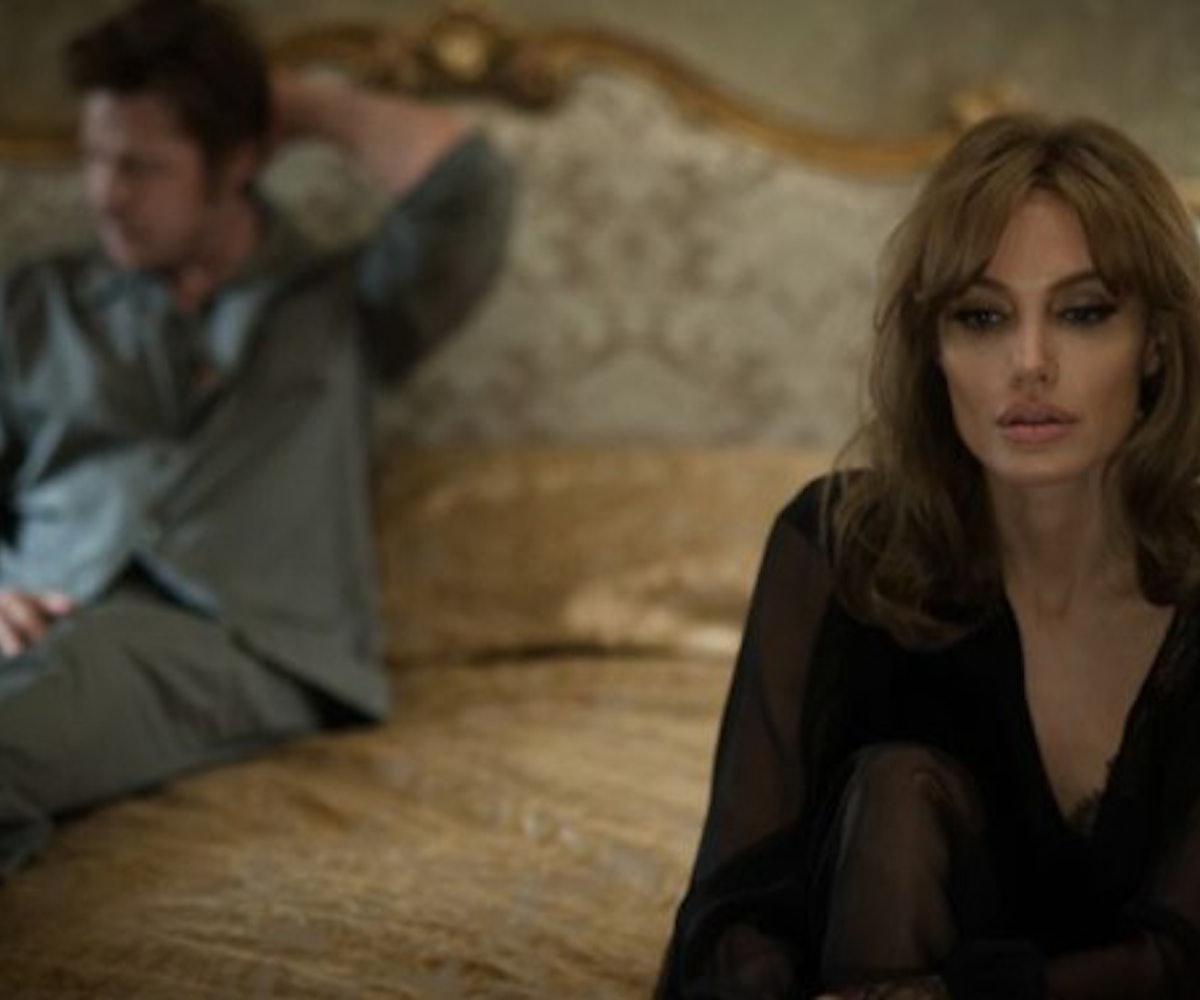 Photo courtesy of Plan B

Brad Pitt and Angelina Jolie come scowling into theaters this weekend with their heavy, drifting anti-romance By The Sea, and while reviews have been lukewarm, everyone is still curious to know what it's like when the most famous couple on Earth makes a movie together. In a new interview with Entertainment Weekly, Jolie shed some light on that, in particular the weirdness of not only having to shoot a sex scene with your husband, but direct it, as well.

“I’ve done sex scenes before. But this is obviously different," she told the magazine. "It’s the strangest thing in the world to be lying naked in a bathtub with an iPad that’s showing you the shot outside, while your husband is at the door and you’re directing him to come in and make love to you...In front of a bunch of other men with cameras.”

We agree. That does sound strange. But also amazing. Jolie, who couldn't seem to get over how weird it was, went on: “It was just so weird. I couldn’t get out of the bathtub to get to the monitor because the director is naked. We’re artists and want to be free, but Brad—it’s his wife. He was on towel duty. He’d hold the towel over me. Love scenes are strange anyway, but when you’re doing a love scene with a person that you really have sex with? The only way to get through it was for us to all talk about the absurdity of it and make sure no one was feeling awkward. We made as many jokes as possible.”