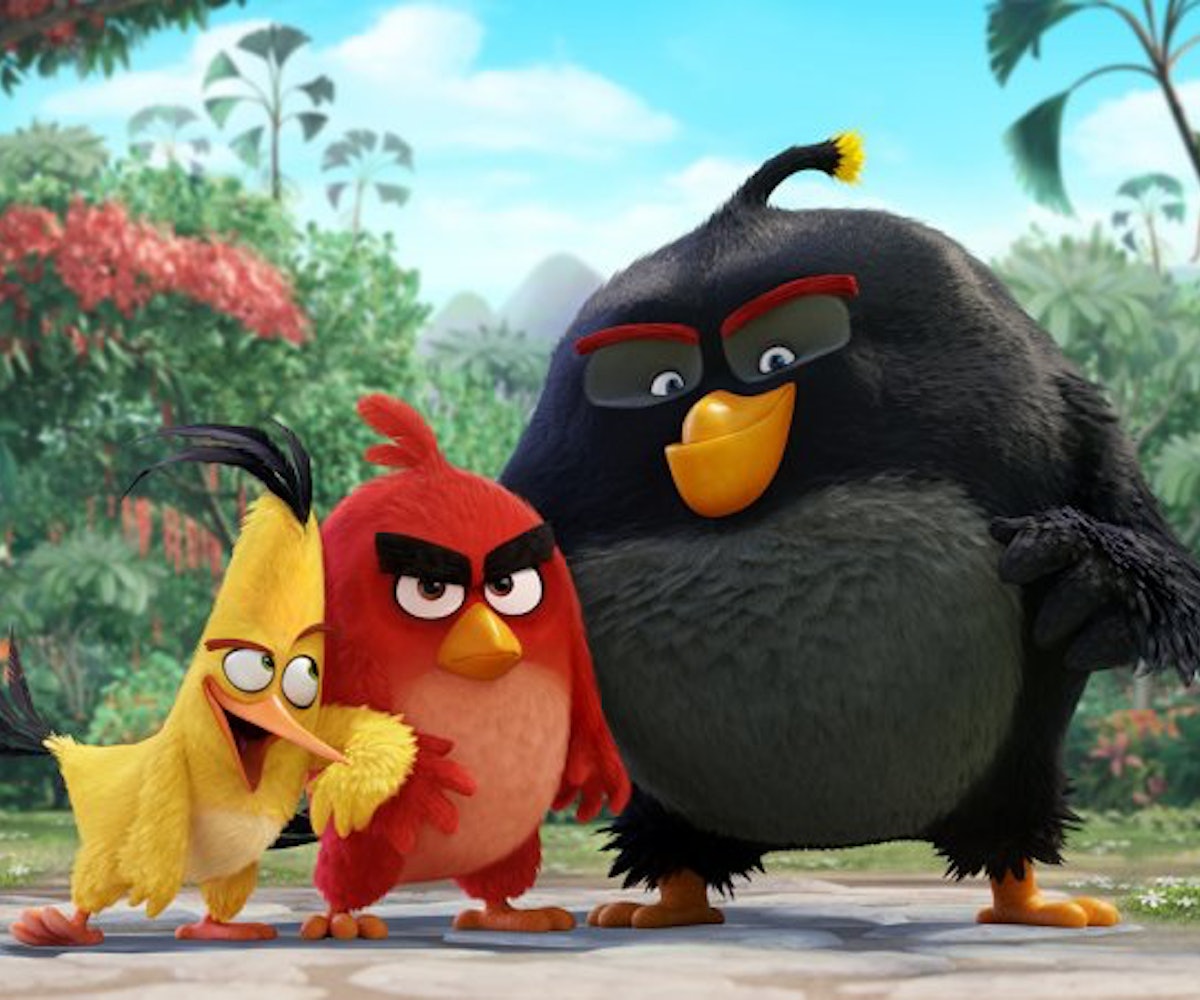 If it's been months or years since you found the strength to overcome your Angry Birds addiction, we have some bittersweet news for you: Angry Birds is back we have a feeling you're going to have to give all those chips back.

Your favorite mobile game is headed to the big screen in 2016, Sony Pictures announced after the app hit one billion slingshots. Not many details about the film were relesed, but we do know every character in the animated film will be either a bird or pig. Oh, and it's voiced by all of your favorite comedians. And we mean all—a small handful of them being Jason Suedeikis, Bill Hader, Maya Rudolph, Pinter Dinklage, Josh Gad, Kate McKinnon, Ike Barinholtz, Danny McBride, and Tony Hale. The film will be directed by Fergal Reilly (Spider-Man 2, Space Jam) and Clay Kaytis (Wreck-It Ralph, Frozen, Mulan) and written by John Vitti (The Office, The Simpsons).

The star-studded voice cast and first look at the the film was revealed after the app's users launched one billion slingshots. "With two and a half billion gamers around the world, Angry Birds is one of those brands that can drive massive fan engagement," said Dwight Caines, president, theatrical marketing for Sony Pictures. "That's why we wanted to bring this unlock to the fans first. Our filmmakers are cooking up a hilarious movie, and we know these fans can't wait to see how they're going to bring the Angry Birds' story to life on the big screen of movie theaters."