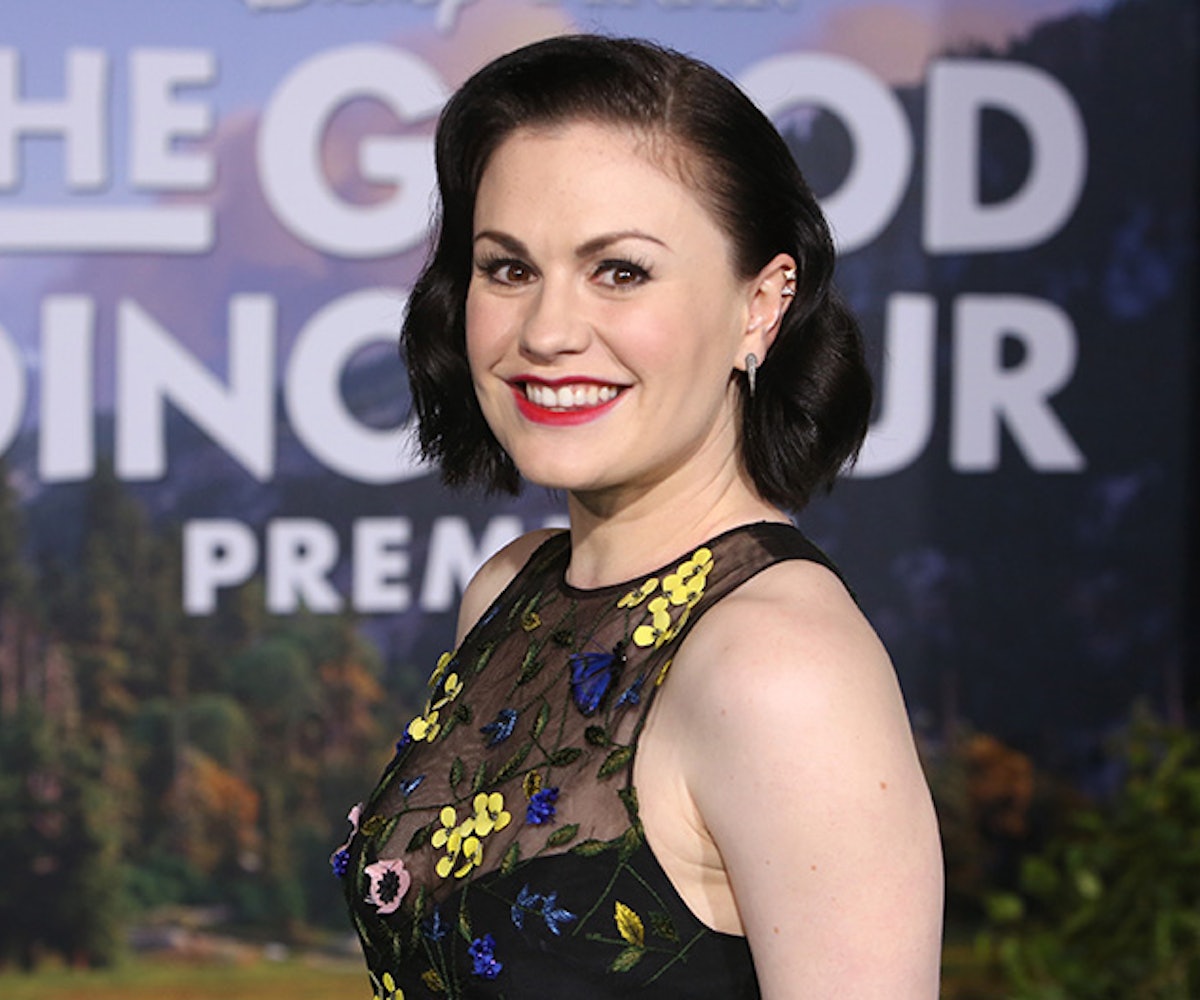 Following the premiere of her new film The Good Dinosaur, Anna Paquin had to deal with some Internet nonsense. Apparently, many people felt the need to comment on her appearance and insinuated that she was “fat” or “pregnant.” She took to Twitter to stand up for herself.

“[sic] Fun fact: Wearing a dress that is not skintight=Pregnant/invites people 2 call u fat,” the actor wrote. “I’m neither so thanks 4 that.” Some of her followers voiced their disgust with the trolls as Paquin continued to tweet. She said, “[sic] dear mother nature, people who bravely hide behind computers and pass judgement have informed me my pale skin and dark hair=old/ugle/harsh.” (She corrected her spelling of “ugly” after that. Where’s that edit tweet function, Twitter?!)

It’s a shame these kind of things still go on. Back in 2010, she said she wished these kind of body image issue triggers weren't "an aspect of the job, but I’d be lying if I said it isn’t something I think about.” Well, she’s definitely thought long and hard, because she’s got zero time for it now. Take that, trolls.