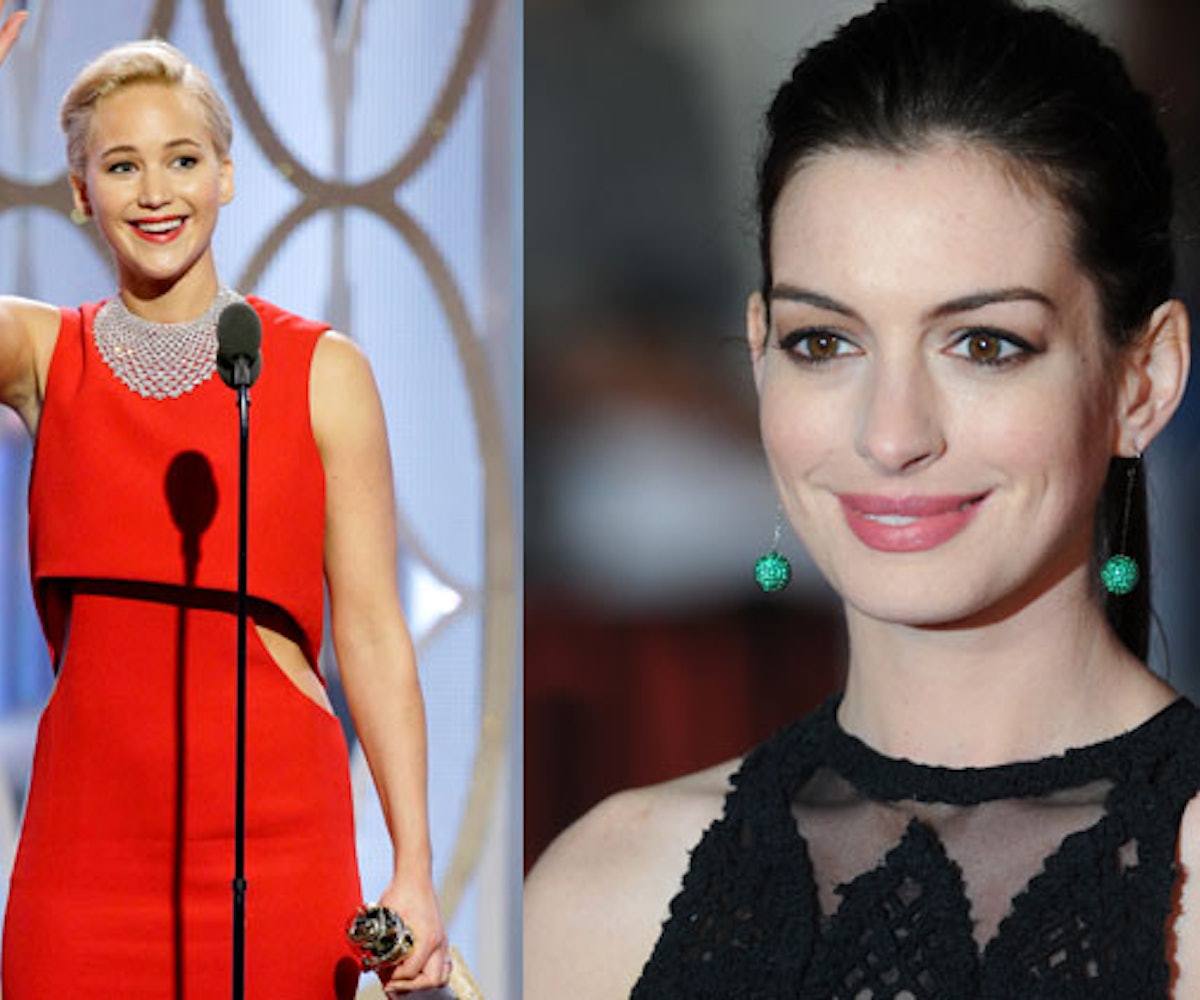 Wouldn’t you know it—that one off moment where Jennifer Lawrence addressed a reporter who was looking at his cell phone during a press conference after her Golden Globes win Sunday still has life. It was rude, some say. It was jingoist, others say. It was just a misfired joke, many, many say.

Whatever you personally feel about it, fellow Academy Award winning actor and recently anointed social-media activist Anne Hathaway has some pretty strong feelings about the media’s reaction to it. Feelings and thoughts, by the way, that are 100 percent worth hearing.

You know what, Hathaway is on point with this one. It’s really hard to look at the overblown reaction in any other way. Like, no one’s really talking about Mel Gibson making a fool of himself at the Globes the very same night that JLawr flubbed a joke. It’s so time to get over this and the moment to see that, yep, there’s a dollop of the tinappropriate in play here. "Scold" is not okay.