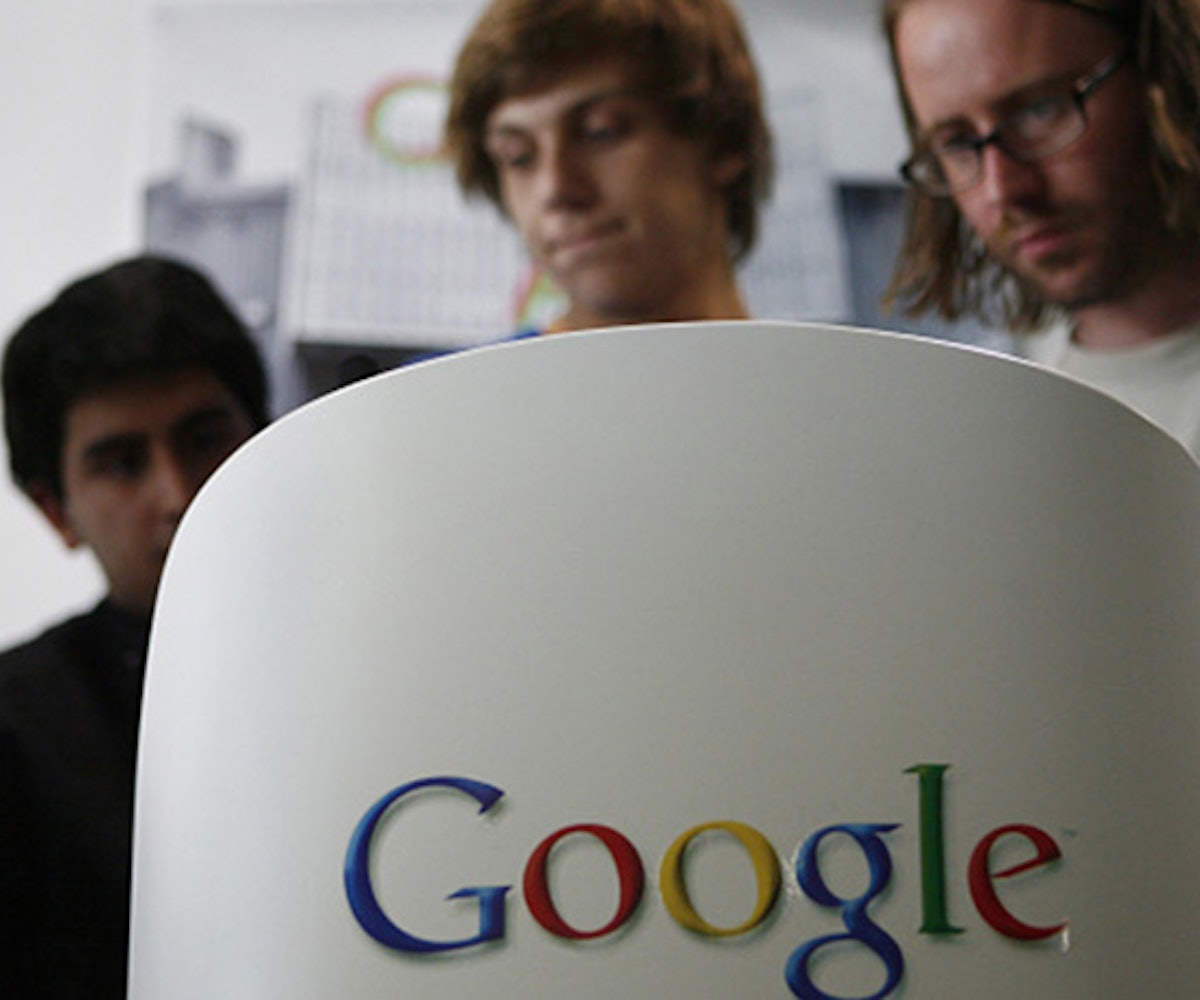 A software engineer at Google wrote a 10-page "anti-diversity manifesto" Motherboard reports, that's recently gone viral. In his memo, titled "Google's Ideological Echo Chamber," the employee rails against the company's diversity initiatives, arguing that women are underrepresented in tech and leadership roles because "men and women biologically differ in many ways." Sigh.

The engineer denies that women experience discrimination in the workplace, despite many studies proving otherwise. “We need to stop assuming that gender gaps imply sexism,” he writes in the document, obtained in full by Gizmodo. This memo surfaced while Google is under investigation for underpaying its female employees.

This unnamed employee believes that implicit and explicit biases have little impact on why women are not represented in tech and leadership. Rather, they can't get ahead because men have a "higher drive for status," while women are more neurotic and lean toward "feelings and aesthetics rather than ideas."

He says women are more gregarious than they are assertive, and are too agreeable, causing them to have a harder time negotiating a higher salary and asking for raises. However, in a study conducted last year it was revealed that women were 25 percent less likely than men to get a raise when they asked for it. So women are asking for raises, they're just not getting them.

The engineer went on to say that "feminism has made great progress in freeing women from the female gender role, but men are still very much tied to the male gender role." While men do suffer under society's strict gender expectations, the cost is much higher for women—whether it be financial or our physical well being.

"If we, as a society, allow men to be more 'feminine,' then the gender gap will shrink," he writes, "although probably because men will leave tech and leadership for traditionally feminine roles." I don't even know where to begin with that theory, honestly.

The memo goes on to state that programs meant for women and people of color only are discriminatory. We can assume he means against straight white men. He calls the groups "both unfair and divisive."

In response to the viral manifesto, Google's new Vice President of Diversity, Integrity & Governance Danielle Brown issued a statement, in which she said she "found that [the memo] advanced incorrect assumptions about gender."

She went on to say that the company has taken a stand by "releasing its demographic data and creating a company wide OKR [objectives and key results] on diversity and inclusion" and that "strong stands elicit strong reactions."

"Part of building an open, inclusive environment means fostering a culture in which those with alternative views, including different political views, feel safe sharing their opinions," Brown wrote. "But that discourse needs to work alongside the principles of equal employment found in our Code of Conduct, policies, and anti-discrimination laws."