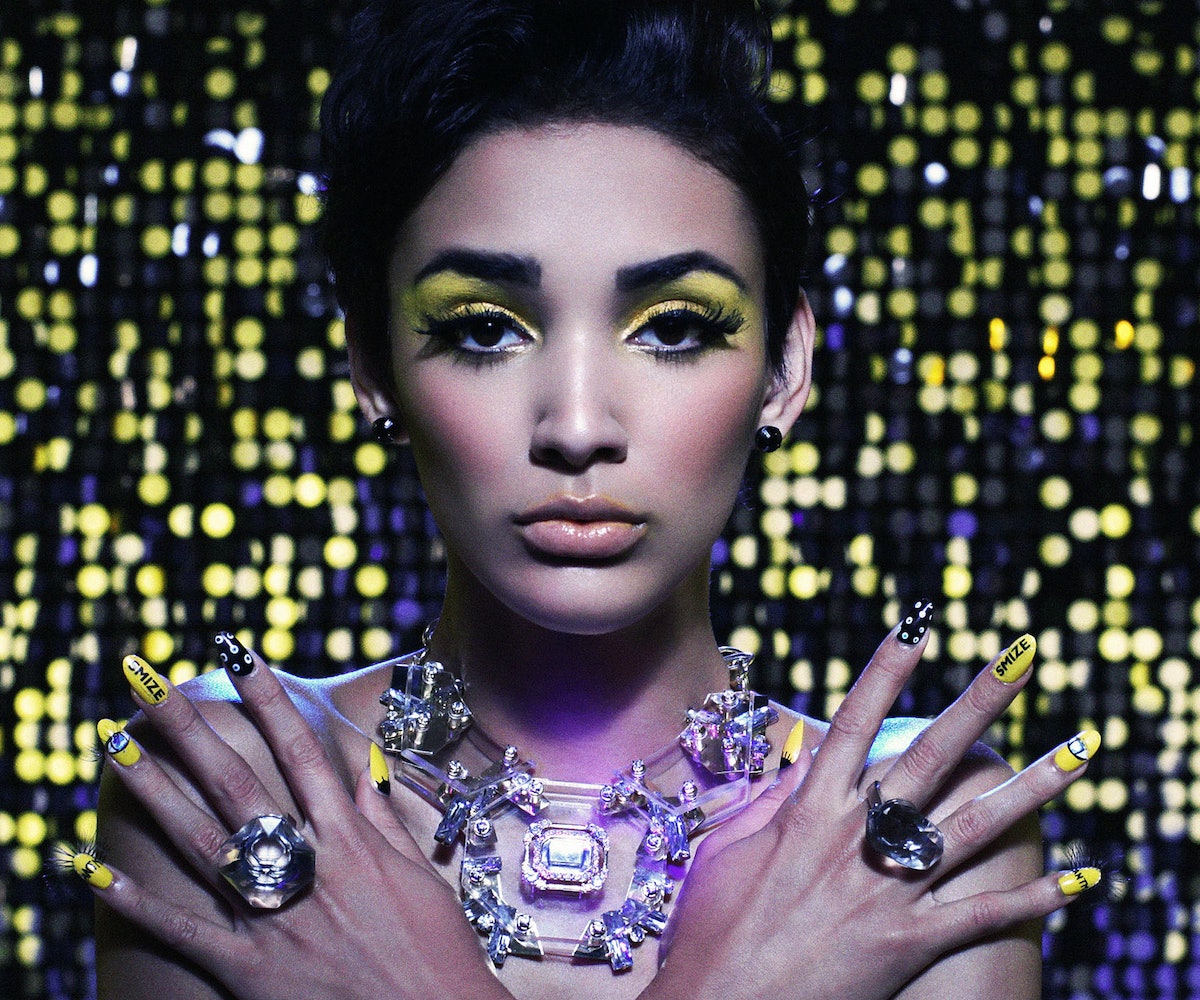 The latest episode of ANTM sent home two of our favorites, the sweet Jeremy and the beautiful Kanani. Needless to say, we were a little shocked to see two strong models get the boot, but as the competition heats up, only the strongest smizers will survive!

We chatted with the two eliminess today on the phone to get the scoop on their time in the competition and learn exactly how to tooch and smize. We want to impress Tyra too!

First up is Jeremy:

Hi Jeremy! What did you learn from being on ANTM?

I feel like I learned a lot. Going in to the competition with no modeling experience whatsoever, I took in as much as I could. I learned a lot about how to angle my body, angle my face, how to find my lighting, posing, smizing, everything!

Are you going to keep modeling?

I think modeling is great. There's nothing better than putting on some nice clothes and posing in them, especially on the runway.

What were you most surprised about?

How great of friends I made. I went into it thinking, "We'll see how this goes," and I'm still great friends with all the guys. I guess I just wasn't expecting to make really great friends.

OK, so tell me about your sort of infamous crush on Jourdan. Is it true or false?

It's a true false! In the beginning before I really got to know her I just thought she was a cute girl, but after we sat down and we talked and got to know each other, I found out she had a boyfriend and I backed off. Obviously the show is making it look like a little something more. She and I became friends and to this day we're still friends, and that's all we're even going to be.

Can you teach us how to do the perfect smize?

I actually asked around for how to get the right smize. Everyone told me you squint, and then you open them a tiny bit. That's what smizing is.

What was your favorite shoot from the competition?

Even though it's the one that got me sent home, I really enjoyed the nail shoot. The photographer was really energetic and great to work with and it was our first solo shoot, so I was really into it and I enjoyed that one.

Next up is Kanani, who chatted with us from home with her daughter.

Hi Kanani! What was your favorite shoot from the show?

My favorite shoot was the role reversal.

What did you learn from your experience?

Overall I think I learned a lot more about myself. I used to have really low self esteem. When it comes to photoshoots, I learned how to always make myself look taller than I am by making sure there are no shadows being cast on my legs. When there are shadows on your ankles you seem two or three inches shorter.

Can you teach us how to do the perfect tooch?

Hmm. I'm standing in the mirror right now trying to see... I guess stand up as tall as you can, pick one side of your body, and pop that hip out. After you pop that hip out and you get the perfect arch you want to get, you can play with the rest of your body.

What was the hardest part of being on ANTM?

One part was being away from my daughter for that long, and the other part was dealing with the clowning incident.

Do you think that prank affected your performance?

I feel like it kind of did, but at the same time it didn't. I should have known from the first prank they did, that they would do something else, but I didn't know it was going to be to that extent.

Was having the guys in the house difficult?

They guys actually didn't bother me. I was actually around the guys more than I was around the girls anyway. Girls are too catty for me.

You got a really awesome makeover. Do you plan on keeping it?

I actually loved my makeover. I have always wanted a drastic change to my look, and before I got picked ot go on the show I saw a picture of Miley Cyrus' hair, and that's the only haircut I actually got my mom to approve. Then I got a call back on the show, and I just knew they were going to cut my hair off, I was like, "I just hope they don't shave me bald because my head's too big!"

What were you most surprised about?

I was most surprised that I got sent home over Phil. I had better scores than both Renee and Phil and both of them were safe over me. I had won the challenge, I had a great challenge score, all I was relying on was my fans to pull me through.

Tune in this Friday to catch all the ANTM awesomeness, and don't forget to follow our live tweets of the episode on Twitter!