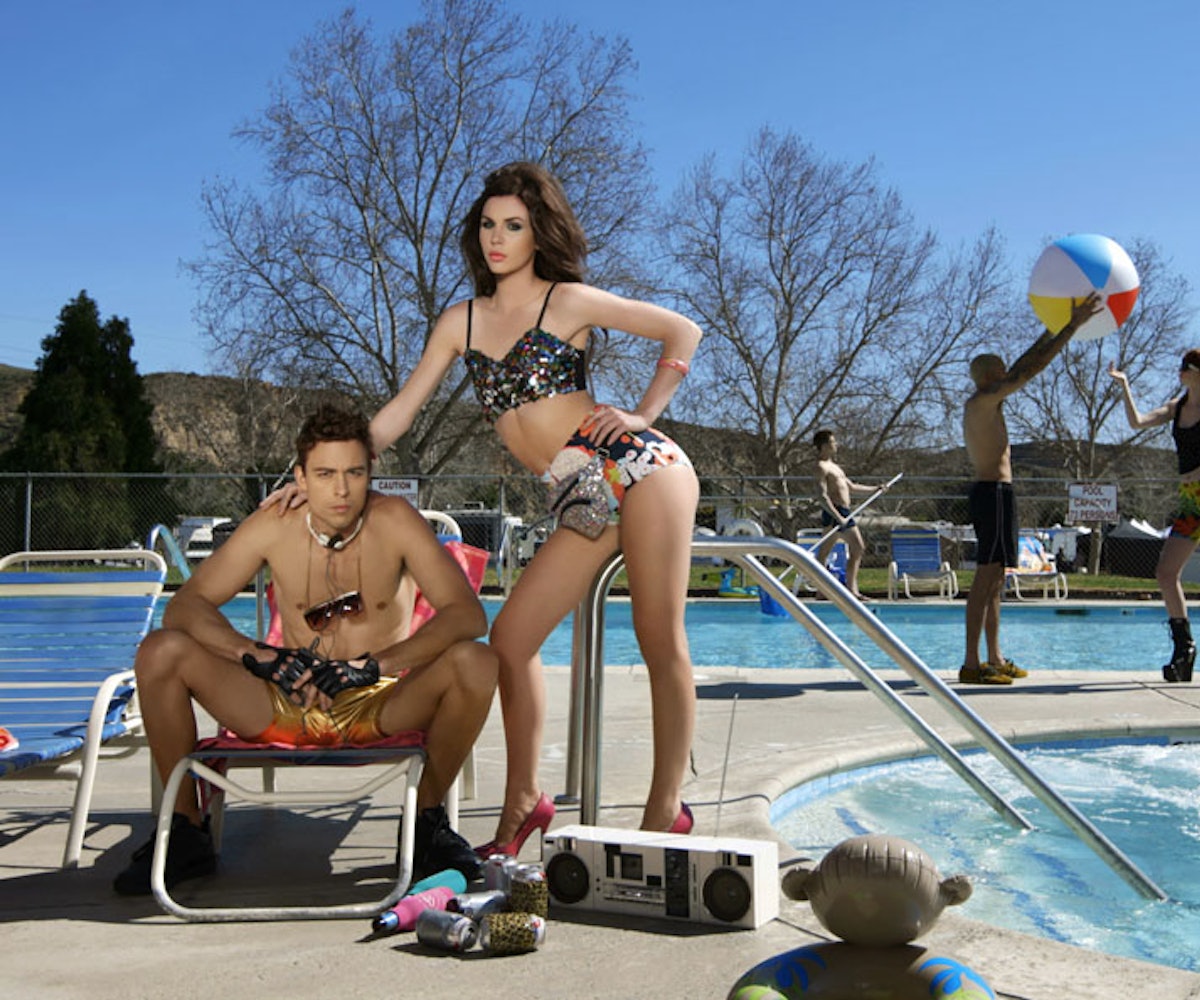 It happened guys. Our beloved Mike got the boot from ANTM this week, meaning there are no more mentions of ice cream to be made during each viewing. And so we weep.

Luckily for us, though, Mike being cut from the show means that we got to talk to him this morning about being handpicked by Tyra, the show's sexual tension, and obviously his favorite ice cream flavor. Read on to hear Mike's take on being a model in this week's ANTM Axed, and don't forget to vote for him to come back onto the show. Can't keep ice cream man Mike down!

What was it like to be discovered by Tyra?

It's still really mind-blowing to me. “Why me? Why that day? Why that shift?” So many questions go through my head. It was just a totally crazy, random thing that happened.

Do you remember what ice cream Tyra ordered?

I do actually. Tyra ordered the sea-salted caramel ice cream in a customizable ice cream sandwich. I forget what cookie it was, though.

I've actually always been a fan of mint chip ice cream. That's always been my go-to. We use fresh mint leaves in ours [at Coolhaus L.A.] so it's very earthy and natural. It's incredible.

Are you still working on the Coolhaus truck?

Yeah I am back to work on the truck right now. It's funny because almost every shift somebody comes up and says, “Oh my God, are you Mike from ANTM?” There's only so much I can do modeling-wise until the show is all done airing, so the plan is to definitely continue doing modeling and purse that 100-percent.

I was actually surprised how much I enjoyed the entire experience. I never thought I was somebody who would be on a reality TV show. In the regular day-to-day, it's a completely stressful environment. You're really out of your element in every aspect. Once you take a step back it's just such a unique experience, especially the way it happened for me. I had a blast–it was great.

What was the weirdest thing to happen?

I don't know, none of it was really that weird to me.

So posing with Alessandra Ambrosio was just totally normal, then?

Yeah, it just happens all the time. It's not a big deal. [laughs] The Alessandra shoot was probably the highlight of it for me, because I got to be in a shoot with her and then I won best photo. That was awesome.

Who are you rooting for from the remaining contestants?

Jeremy and I were bottom two in my elimination, and he's such a good kid. We kicked it a lot on the house, we worked out together, and he's a really good dude. I would definitely like to see a guy win, and I'd like it to be Jeremy.

What can you say about the sexual tension in the house?

You could cut it with a knife. [laughs] I feel like Marvin created most of the sexual tension for the entire house. It was funny. [The producers] make it seem so serious on the show, but it was such a PG kind of thing. You'll always have people talk about, “Oh that person is cute,” but none of it ever got to a point where it was a real, serious thing. It was like guys and girls gone wild, but in a fun way.

Tune in this Friday to see the latest from our friends at ANTM, including a very special cross-dressing shoot!