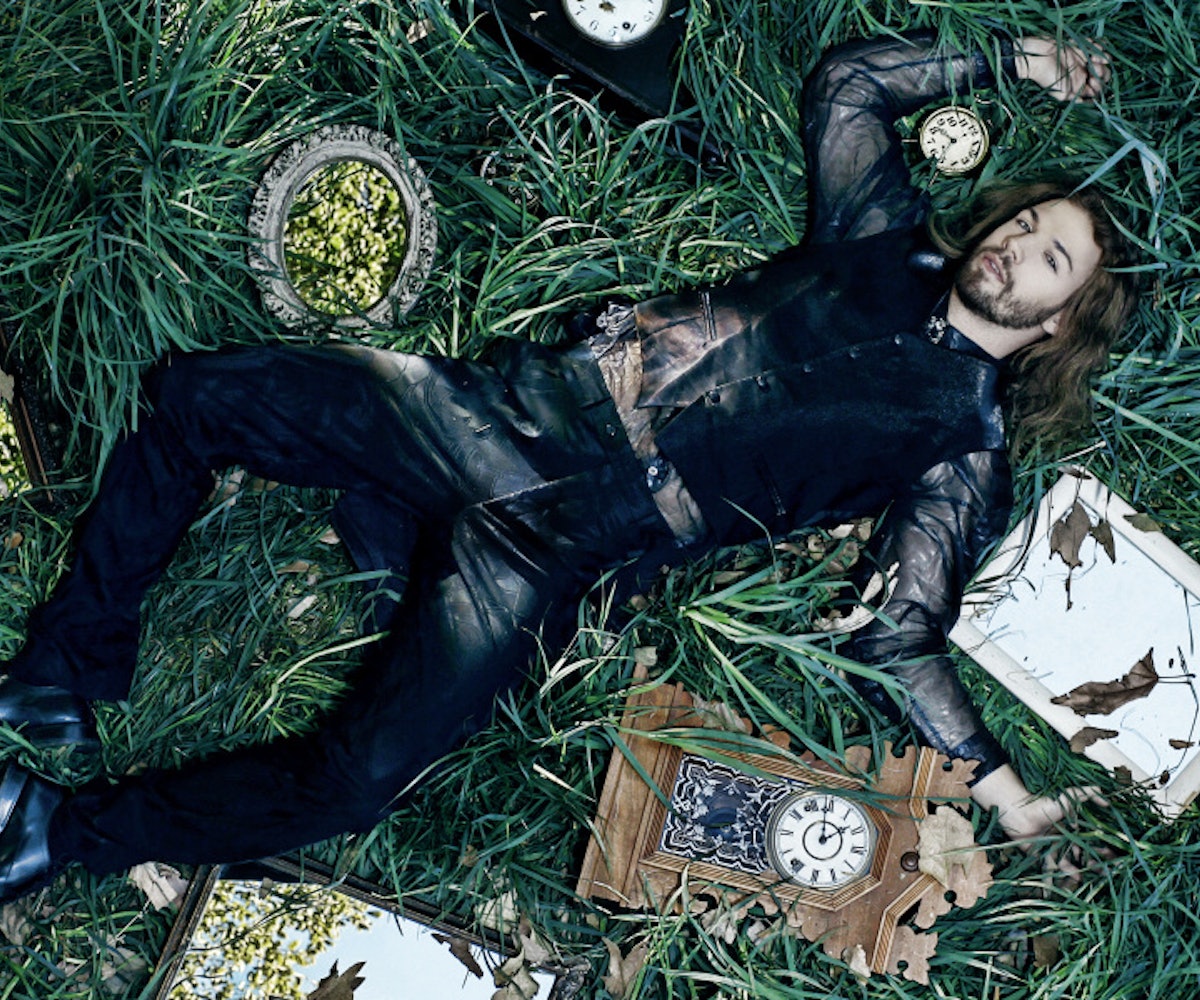 Some may say that Phil's elimination from ANTM was a long time coming, and in a sense they'd be right. The bearded hunk was in the bottom two three times--not necessarily a record to brag about, but that doesn't mean we're rooting for him any less.

We caught up with Phil this morning to chat about his weave, his outfits, and his man-crush on Johnny Wujek. That last one we understand, I mean, how could you not love Johnny?

Hi Phil! What were you most surprised about being on ANTM?

The most surprising thing would definitely be the weave.

Do you still have it?

No, it fell out. Each and every day, it would be a new story in the shower. It's like once you put conditioner in you look at your hands and you just have extensions your hands.

I feel like you're not supposed to wash your weave...

Yeah, you're not; that's why they fell out. Over time I looked like a Raggedy Ann doll. I had to do something, Cabbage Patch is not my way of life. [laughs]

What was your favorite part of being on the show?

My favorite part of being in the competition was the two months of free rent and the two months of free food. I think for anybody that should probably be their favorite part, as well as the view from the house. Every night I'd run on the treadmill and just look up at the stars. If it wasn't for production's lighting, the stars would be even cooler, but it happens. I think the overall experience and the national exposure are things you don't get every day.

Are you going ot continue modeling now that you've been eliminated?

Oh yeah. I'm going to make a real big push as far as modeling goes once the contract is up with the CW. I don't think I'm going to have a problem at all, being branded as the guy with the beard, I'll only be competing against, like, 15 other successful male models who have a beard.

What's a modeling tip you learned while in the competition?

Honestly, I don't know if there really is something that I learned modeling-wise. Either I pulled a good photo or I didn't. I had modeling experience going in; I was one of the few contestants who had any experience prior. What you need to know is basically just be yourself, and either you get the photo or you don't.

What's the hardest part of being on ANTM?

The hardest part of the competition is not being able to have the resources you have when you're at home. Granted I have no money when I'm at home, and no food to put in my mouth, but I'm a big time runner so at home if I want to go run the trails, I can go run. Being stripped of all that, I really had to rewire myself to find what works for me for those two months.

Tell me a little bit about your crush/friendship/thing with Jiana.

The speculation is everywhere. A lot goes through the TV editing process. It's like me and you can say hello the first day, and then eight weeks from now we can hug, and all it takes is for those things to be edited together and they can make it look like it's a romance. There was nothing between me and Jiana. I'm not interested; I wasn't interested. I think a lot of people forget, we're on reality TV. I had a little strategy going on: distract the other models. I looked at Jiana as a threat, and so what's better than to get in her head? I had a girlfriend [during filming] and no matter how much you watch the show you will never see me and Jiana kiss. I look at Jiana strictly as a friend and I would never put it farther than that.

Was it hard to be in the bottom two three times?

OK, well there are two ways to look at it. Being in the bottom two is good and bad. The good thing is it's good exposure and it really gets the fans involved. The negative is that... Well, no--there are no negatives. Another positive is that you get to stare at Tyra longer than anybody else. I'm just going to go face-to-face with Tyra!

What was the most fun or weird part of being on the show?

I think the clown prank was one of the most memorable moments about the show. And every day I looked forward to meeting my man crush, Johnny Wujek. [laughs]

Tell me about your personal style. You had some intense looks.

My taste and my wallet are two different things. I'm always about throwing on whatever and being comfortable in it. People are going to judge you no matter what you're wearing, whether you're in a business suit or your homeless on the street. I just war things that fit my personality and I'm all over the place. You look at it and you wonder, "What's going on here?" Quite frankly, I don't even know. Everything I have is costs less than 10 dollars. I shop at the thrift store or Goodwill. I wear my mom's clothes most of the time, and I can fit into my sister's jeans--why not wear them?

Don't forget to tune in to the CW this Friday to catch more ANTM action!