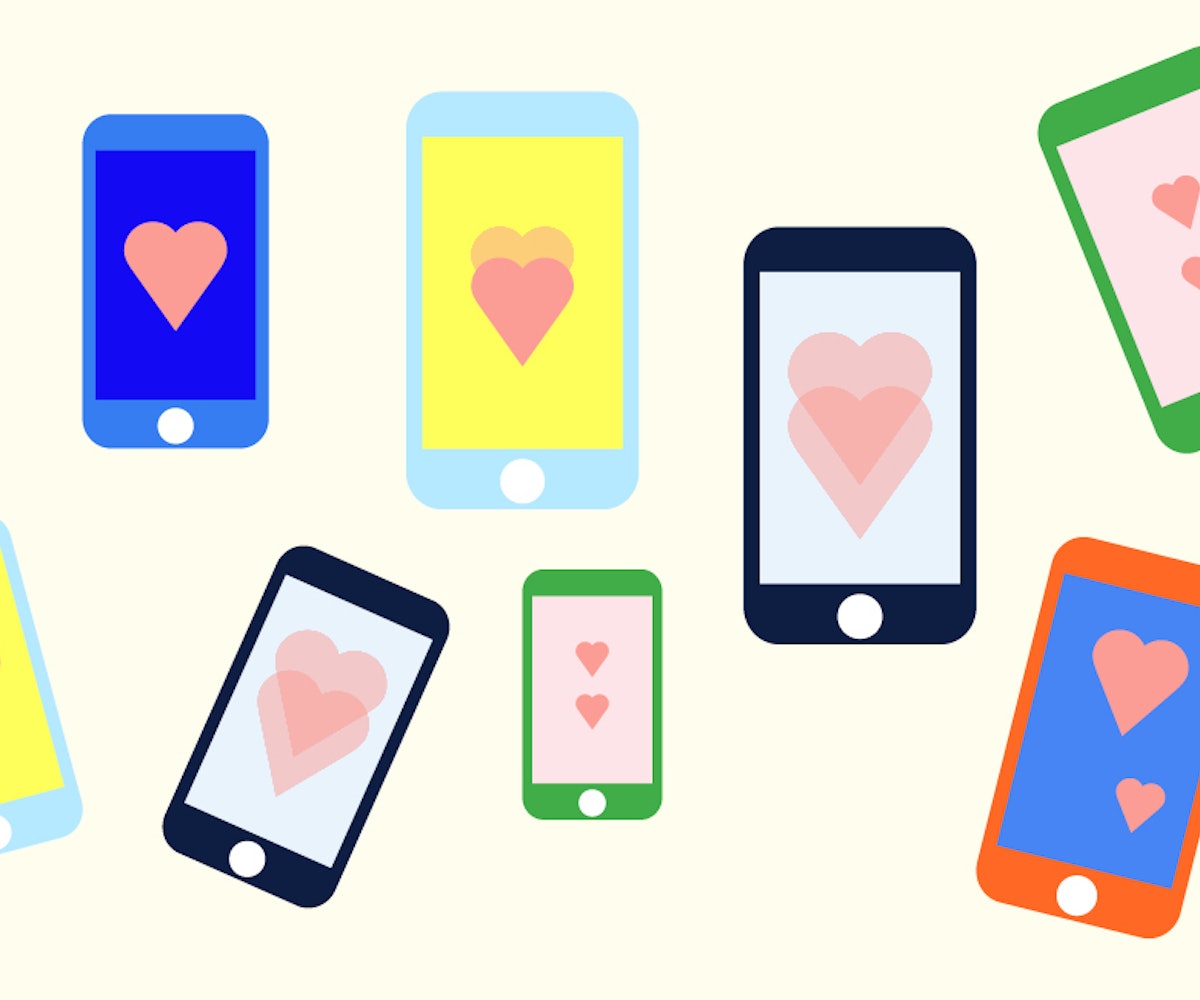 I spent all last summer going on random dates with complete strangers. I mean, not totally random. I swiped, selected, chatted, and agreed to meet for drinks (in well-lighted public locations). My friends joked I had a type: doctors, because I once wanted to become one.

I met tons of new guys I’d never have met otherwise, thanks to my pocket matchmaking buddies, Tinder and Bumble. Coming of age in the age of technology and online dating, many of us millennials take for granted how easy it is to access other singles—and how relatively new this phenomenon is. According to a recent study published in October, online and app dating is shaking up society in profound ways, even as its rise has become something our generation has started to take for granted.

And yet, for as common as online dating is, there’s still the persistent question about whether or not tech-based dating is a more effective method of meeting a long-term relationship partner. Claims about online’s superiority in creating incredible couples have been inconclusive at best. In researching my own book on relationships, the effect of app dating was the first thing most singles wanted to chat (vent?) about. It is an exhausting process, after all.

Having so many romantic options can lead to an overabundance of choice; per psychologist Barry Schwartz’s Paradox of Choice, a few options increase our happiness, but too many can have the opposite effect. In online or app dating, you must swipe through hundreds of matches, read each profile, chat online, set up a date, and actually go—only to repeat the process over and over again, until you find a match with whom you have chemistry and who’s equally committed to forming a stable bond.

Yep. It’s laborious. It can take a lot of matches to produce a “maybe.” This has led some daters to set up multiple dates in a week. Or sometimes, marathon dating can take place in one night. I remember one person with whom I spoke who detailed a Friday from which he went from happy hour to dinner to nightcap with three different women. It’s difficult to savor each date when you have so many of them, figuring how you feel both on the date and after the date to determine your actual level of interest in one person. You have to find a working strategy for your personality, which can take some trial and error.

All that said, app dating is not all bad. At all! The method has the potential to really rock our worlds in a positive way as tech expands us. In some ways, as researchers have pointed out, online dating is displacing traditional methods of meeting a partner, like through friends and family. While metropolitan areas may still have a bustling nightlife, I’ve often noted to friends how rapidly the mingling component of bars in my mid-sized Midwestern city has dwindled since the dawn of Tinder. Why get potentially rejected by a stranger in person, when you can probably meet the exact same person on an app if you mutually swipe right? We’d rather hang with our friends on a Friday, and keep our dating lives separate.

Using online dating, you also dramatically increase your prospect pool in a good way. Just like I seemed to filter for men in medicine over the summer, you can filter for whatever your heart desires, as well. But filtering via profile goes way beyond superficial qualities, too. App dating, coupled with the rise of women flooding education and the workforce, has led to a rise in assortative mating, aka pairing off with a partner who’s rather similar to yourself in a variety of ways that go beyond the superficial.

Consider Match.com opened the door to internet-based dating in 1995, followed by sites like OKCupid in the early 2000s, and finally Tinder to start the app boom in 2012. Before all that, you were limited to meeting your significant other in one of a few ways. Maybe family or friends, maybe church or work, maybe activities or hobbies, or perhaps in a bar or coffee shop if you were feeling bold and got a little lucky. But most people met within their “loose” social network. “While most people were unlikely to date one of their best friends, they were highly likely to date people who were linked with their group of friends—a friend of a friend, for example,” explains MIT Technology Review.

Online dating has basically blown up all our social networks. If you meet an online or app dating prospect, you are far more likely to be meeting up with a complete stranger. And when a couple is formed via this tech-based method, you are drawing a new tie that didn’t exist before, thus completely changing the fabric of your social network.

As such, the researchers look at the rise of interracial marriage to prove their point that online dating is completely shaking up societal connections. I hadn’t really taken stock of these results IRL, before checking out this research, so peered around my own social circle for suggestive evidence; of my four closest friends, two of them are in interracial pairings.

There are other potential reasons for an uptick in these matches, other than online dating, but not changes this major, say the study authors; we see spikes in interracial relationships just after each online dating boom. The most recent major jump was in 2014, just over a year after Tinder debuted.

Moving beyond race, the scientists also show evidence for stronger marriages in a society that’s fully embraced online and app dating. In the past, researchers have ID’d some reasons online dating might be a notably viable method of meeting a significant other, particularly because you can filter for perceived compatibility and you’re more likely to meet someone motivated to build a relationship. Both totally viable reasons to swipe, set up dates, and invest in meeting new people.

After interviewing tons of committed couples in this age of “options,” I’ve held the hope of stronger bonds for quite some time. Although online dating can be a bumpy ride—the swiping, the ghosting, the unknown—it can also expose you to tons of different “types.”

Dating lots of different types, much of which is done via apps today, is now almost a modern-day rite of passage for many. If you’ve dated around, determined what you need and what you like, you can more easily tell when a relationship has the mettle to go the distance. Not to mention, you’re more likely to be confident of your decision to commit, which makes all those bad Tinder dates and ghosting episodes totally worth it.