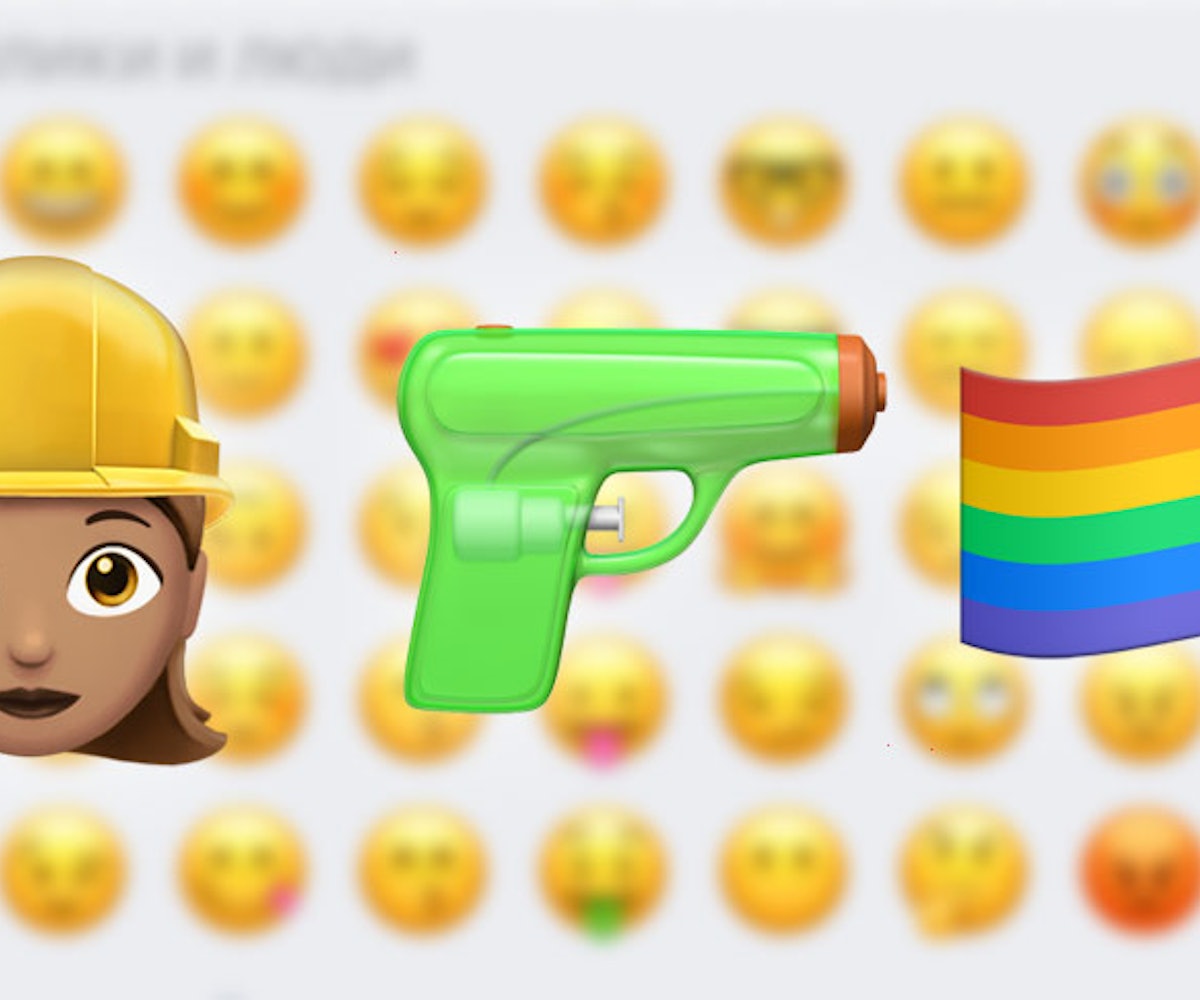 New month, new emojis! Apple recently announced that they are working on major improvements with Unicode Consortium to develop emojis that better reflect the diversity of our world for the latest update of iOS 10.

After all of the recent tragedies in the U.S. caused by gun violence, the pistol emoji has now been replaced with a green water gun. Last year, an organization called New Yorkers Against Gun Violence (NYAGV) started a campaign for the removal of the firearm symbol.

"Apple has stood up to the bullying tactics of the NRA and gun industry by showing that there are many more life-affirming ways to express oneself than with a gun," said Leah Barrett, NYAGV's Executive Director.

Another exciting addition is the rainbow flag. Following the anti-LGBTQA massacre at Pulse nightclub, this symbol of pride is a great salute to the queer/gender non-conforming community. Rumor has it that dancing boy bunnies are on the way as well, and we can't wait to see those in action.

Plus, women will now be represented doing things like surfing, weight-lifting, and playing basketball; there will also be a woman construction worker and a woman detective. Apple is also introducing single parent family emoji.

With so many new gender, family, and professional options to choose from, we'll finally be able to express real versions of ourselves when we communicate on our phones. Happy texting!