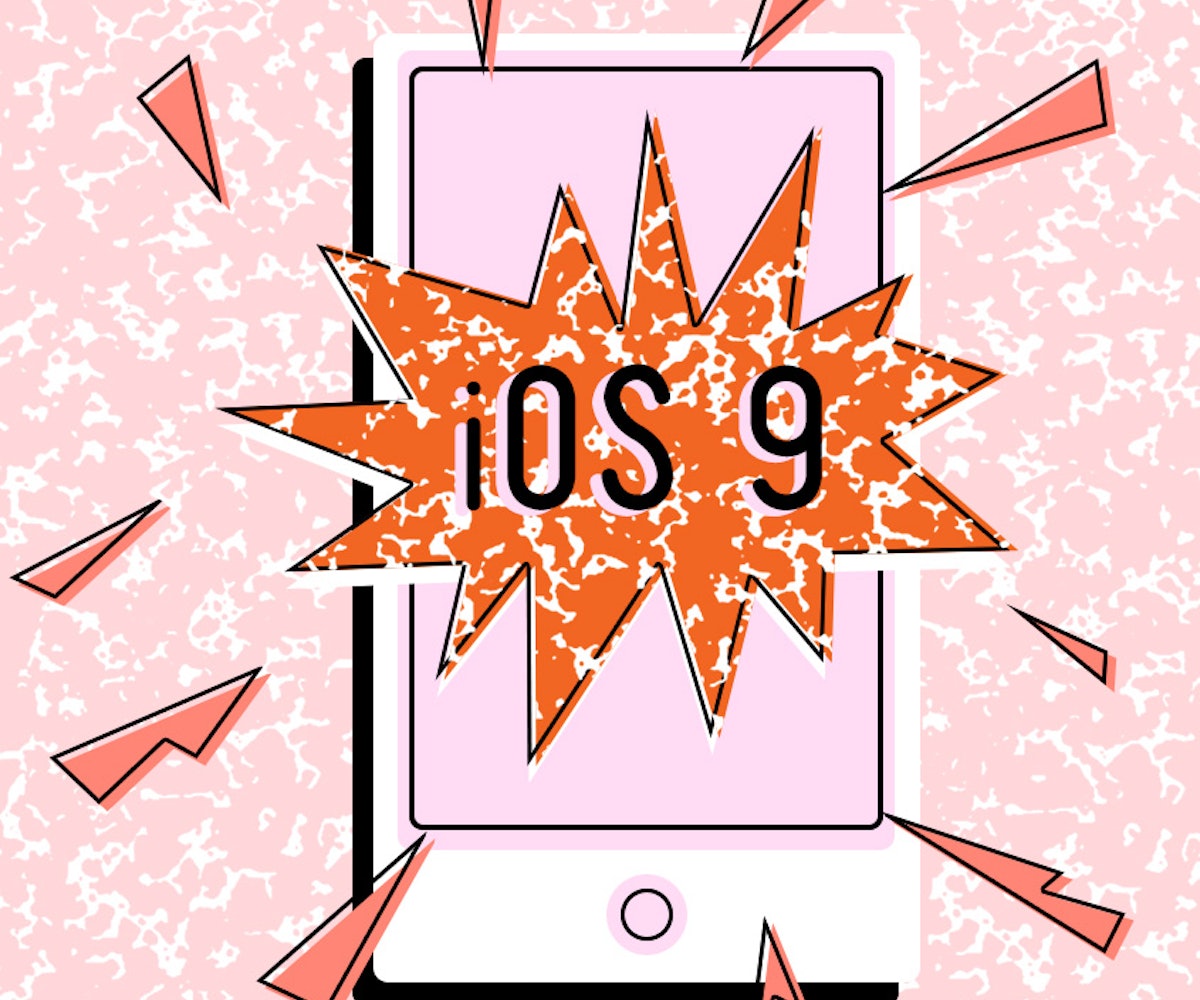 It's nearly summer time and along with sunshine and general joy that comes with alleviating winter seasonal depression, there seems to be another thing to look forward to: Apple introducing its next iOS system. Available to developers Monday and the general public as beta (for the first time) in July, iOS 9 has a bevy of new features, some extremely helpful and innovative and some, well, that're really just a solution to iOS 8's existing problems.

The most exciting feature, by far, is Apple's focus on battery life. iOS 9, being the efficient force that it is, will give you an extra hour of that juicy goodness. The company also created a "low-power" mode that will give you an extra three hours of use, for when you are at Governor's Ball all weekend and just hoping to snap some pics.

Maps is also finally adding metro transportation support, which makes sense because WHY DID THAT NOT EXIST ALREADY? Why would we not have train station information? We can see there is a train there. Why are you keeping which train it is secret from us, Apple? Why?

Also, there will be an entirely new feature called Proactive, that integrates with Siri, Spotlight search, Passport, your calendar, and Maps to schedule out your events (and let you know when to leave your location to make it on time). Siri will also be getting some major improvements (the sass factor, however, will most likely remain the same). Cue, the personal assistant app Apple purchased two years ago, will also be available to users. And if you're not someone who picks up unknown numbers, you're in luck—the system will automatically guess who's calling you by searching through your email. In other words, iRobot is officially happening. Someone tell Will Smith.