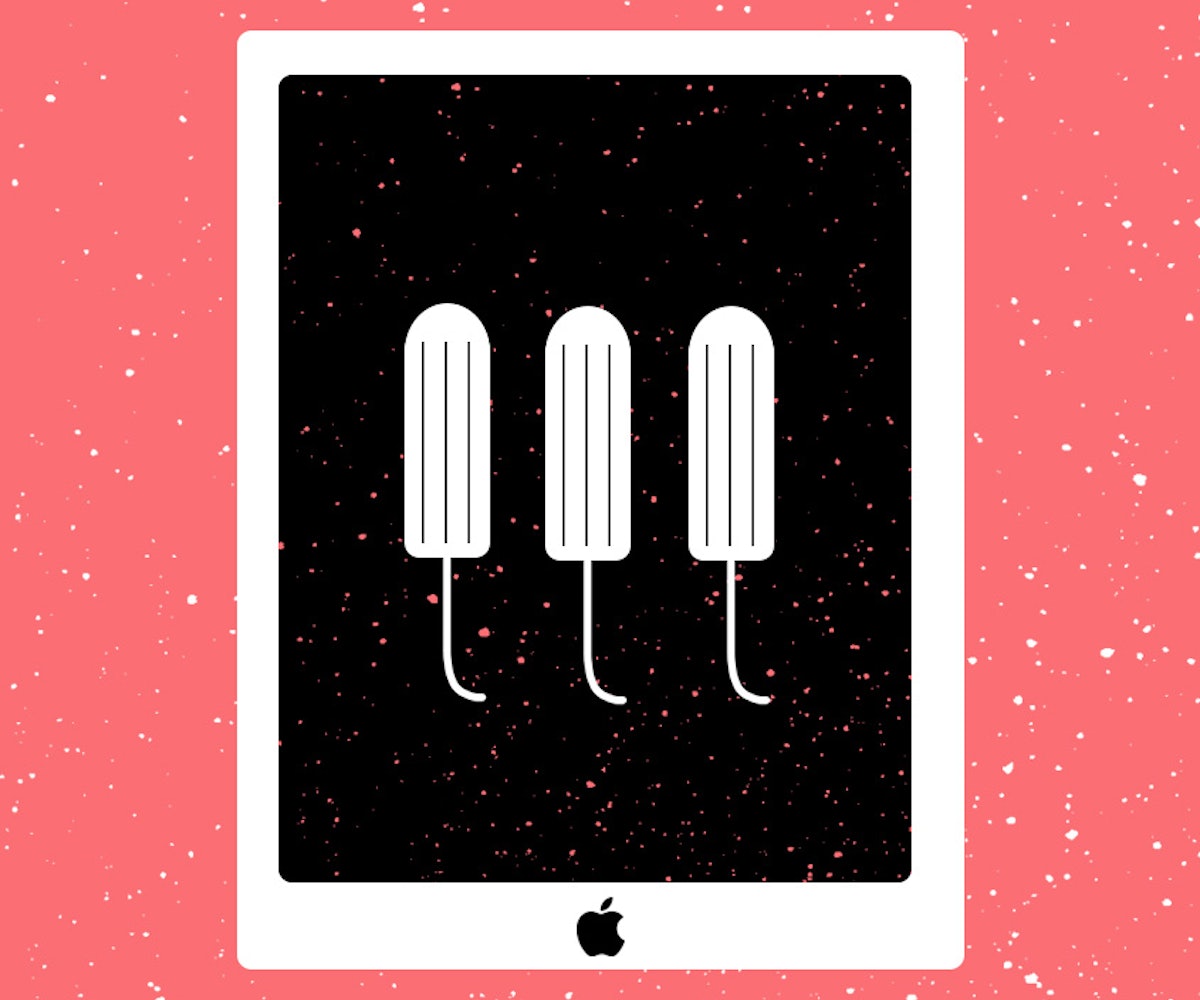 Tech lovers all over the world held their breaths yesterday while the slew of new, exciting features of the new iOS 9 were unveiled at Apple's Worldwide Developer's Conference. Longer batter life! A newer, better Siri! Oh, and an updated HealthKit that finally acknowledges women have periods.

The HealthKit platform, which Apple introduced last year, boasted an impressive array of human body metrics it could track – from weight and number of steps taken to blood glucose levels. While this was all fine and dandy, Apple came under some fire for failing to include a period tracker. It was as if they'd forgetten that a good chunk of HealthKit users are women, whose menstruate sometimes (about once a month, or something like that).

Apple has finally righted this wrong with this new iOS update, and the HealthKit now includes a "Reproductive Health" tracker, which includes a chart that will track frequency and flow. So far, this is all we know about the tracker's functions, and we're still not sure whether it covers other aspects like cramps, fertility, or when your cycle will start. But for now, we can be contented, knowing men finally are willing to admit that periods are a real thing.