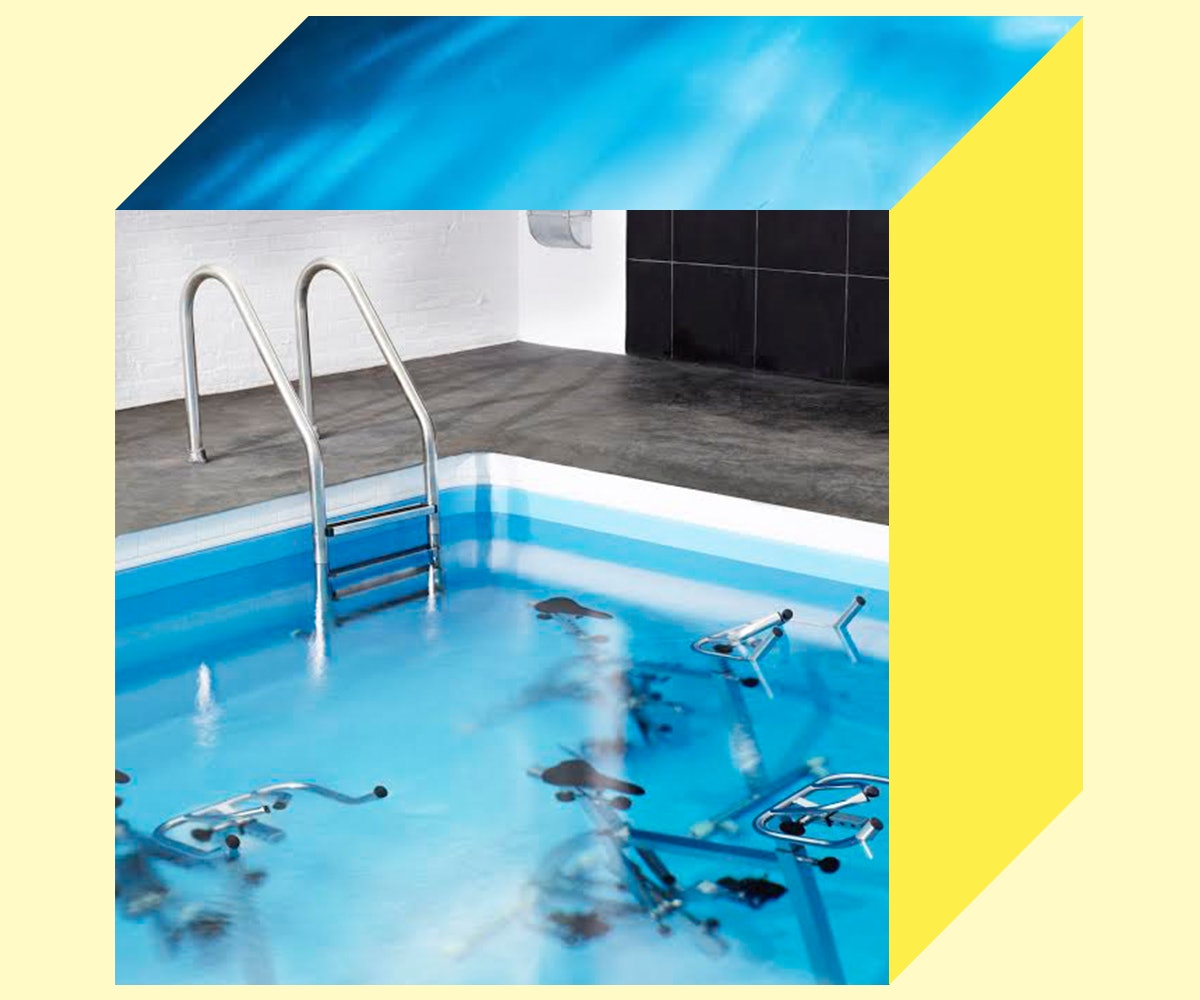 I go through a lot of workout phases. There was a point when I was all about yoga—hot, vinyasa, aerial—you name it, I tried it. Then, there was that time when dance classes were all I was into. Zumba was my main boo, but I also dabbled in Beyoncé-themed ones and capoeira. Most recently, I’ve valiantly been trying to make myself into a runner—aka someone who can jog for more than 10 minutes without feeling like I want to pass out. Now, I’m on a cycling kick.

Like most things in Manhattan, there are a plethora of studios to choose from. There’s the cult-favorite SoulCycle, of course; there’s also Swerve, which splits the class into three teams and is enjoyable yet very competitive. There's FlyWheel, where you can track your performance from visit to visit as well as those of the top performers; and then there’s Cyc Fitness, which takes place in a neon and black lit studio and is the most ravey high-energy of the bunch.

At this point, I’ve tried what I assume are the major ones out there and was looking for a different workout “trend” to tackle (CrossFit perhaps? JK). That is until I came across AQUA, an underwater cycling studio located in the heart of Tribeca. Don’t let the swimsuit garb fool you, though, it’s a lot more intense than it lets on.

Apparently all the rage in Europe, founder Esther Gauthier brought the 45-minute movement stateside in 2013. The class I signed up for, Blend, was marketed toward beginners and integrates three different class styles: Power, Interval, and Restorative. The first thing I noticed after hopping on my bike and pedaling, was that the part I hate most about land cycling was nowhere to be found: the resistance knob. The resistance knob is what stands between me actually enjoying a class and me sweating buckets trying to make it up an imaginary hill. So, already off to a good start.

Ten minutes into the Power portion of the workout and I was already winded—in a good way. The resistance knob may have been gone, but the water acts as a pretty equivalent substitute. But, it’s a resistance you get used to (and one that stays the same throughout the class). There were bursts of sprinting involved, but they were counteracted with arm exercises where we would practice freestyling or simply drag our arms back and forth. The final portion of the class was dedicated to abdominal exercises. This involved kicking our legs out in front of the bike, circling them, and doing in-water crunches. It doesn’t seem like you’re doing much in the moment, but my ab muscles right now would tell you otherwise.

Like in regular cycling, there are different pedaling positions for the underwater bike. Three are pretty standard (sitting down, standing up gripping the handle bars closer to you then gripping the handlebars further away) but the fourth position involves lowering yourself into the water, holding onto the back of your seat and pedaling from behind. The hardest part being when the arm movements come in, and you find yourself breast-stroking like your life depended on it.

With AQUA, the enjoyable parts about the cycling experience are still present: the ambient candlelight setting, upbeat music, and very attractive, very fit instructor. But, you’re not leaving class wanting to collapse from exhaustion. That’s mostly due to the weightlessness of the water. It acts as a cushion for your joints and muscles, and the class is great for those seeking out an impact-free workout. Additionally, the pressure of the water helps to speed up blood circulation, allowing you to burn off fat faster and apparently also helps eliminate cellulite over time due to the lymphatic massage you’re receiving. SoulCycle, who?

I would 100 percent recommend this class for those whose interest is even moderately piqued. The price may seem steep (coming in at $39 for a single class, $35 for a buy-one-get-one deal for first timers), but it’s on par with similar New York City classes. I’m pretty content with my $10/month Planet Fitness membership for now, but I’ll definitely be seeking it out as a reprieve from the monotony of running on the treadmill. Mostly because, if I’m going to be spending more than $30 to work out, I’d like to not be miserable doing so.